Sometimes, the haters can be right.... 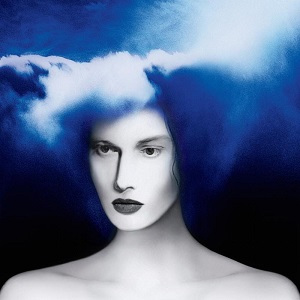 Ever since becoming the leading face of the ‘revival of indie-rock’ at the start of this century/millennium, even back in his White Stripes days, Jack White has been a force that has to be acknowledged, sort of the Thom Yorke for the alt-guitar set. He has legions of fans that will love him no matter what, like a latter day Bob Dylan, always putting him at the top of the charts, selling out his tours, and establishing his rock star status. That has also given him legions of critics, who think that he’s overrated and insufferable (aided by his cranky cypher persona, akin to Dylan or White’s hero, Lou Reed).

Into this comes White’s new record, Boarding House Reach, where instead of playing to his base or reaching out carefully for new listeners, he goes in a million other directions, with this deliberately strange, almost ‘anti-White Stripes’ album. But The White Stripes were good, and this… isn’t.

Reach is littered with reaches, White reaching and stabbing at all sorts of tries. There’s the neo-soul/gospel of the opening “Connected by Love” and “Why Walk a Dog?”, funk jam “Corporation”, spoken-western (voice by C.W. Stoneking) “Abulia and Akrasia”, recording repeating on “Everything You’ve Ever Learned”, fairy tale story time “Ezmerelda Steals the Show”, echoing in many ways “Get In the Mind Shaft”, old school country revival “What’s Done Is Done”, and reinvention of a Suzuki Method melody “Humoresque”. Oh, and Jack White even raps on “Ice Station Zebra”.

Yes, White raps on “Ice”, and yes, it is definitely the nadir of a nadir record, a white-boy ‘against labels’ rap that gives a bad name to even Vanilla Ice. But so much here doesn’t work. “Why Walk a Dog?” has ridiculous, banal animal rights, ‘let be free’ lyrics that cripple the piece. “Corporation” maybe was meant to be political, but it goes nowhere, signifying nothing. White grinds while he tries to sound tough on “Hypermisophoniac”. “Abulia”, “Everything” and “Ezmerelda” are weird while also being meaningless. White’s telling of his first encounter with a piano (of course an old one, in an abandoned house) on “Mind Shaft” doesn’t have the weight that it should, and then is further ruined by vocoder work, from someone who’d denounce the use of vocoder or ProTools.

There is some good, or at least decent, material, amid the wrecked House. “Connected by Love” is the right sort of reach by White, enough both in his wheelhouse and outside of it to carry his power. “Over and Over and Over” was originally an unmade White Stripes song, and sounds it, with that act’s blues-rock push. Penultimate “What’s Done Is Done” would have been a nice change of pace on a regular White release. And the record as a whole does improve after the first listen, as the “What the hell? Why the hell?” initial reaction dies down somewhat, and one can find the bits of Jack White that one has liked. But you have to search.

Big-name artists doing big artistic swerves is nothing new, and has been done amazingly in the past (think late period Beatles, or most periods Bowie). But this is not one of them. The varied nature means that Boarding has no central focus, no specific new direction that White is trying to go. Indeed, it has the definite whiff of, ‘I’m so big, with such loyal fans, that I can do whatever I want, recruit whoever I want [there are over forty contributors], no one can stop me, and I’ll still get commercial & critical acclaim’ – sort of like Bon Iver’s deliberately incomprehensible Zapf Dingbats song tiles on 22, A Million (QRO review), but with the actual music.

Undoubtedly there will be White devotees who will say that anyone who doesn’t like it is a hater (not undeservedly), and ‘just doesn’t get it, man.’ But will anyone, even White’s biggest fans, listen to this record on over his prior work? Will anyone shout out a request for any of these songs at a concert (except maybe in irony, or in some vain, desperate attempt to please White)?

Did anyone but Jack White want this? Even he doesn’t sound like he’s having fun, throughout most of Boarding House Reach (except for the few good pieces). Sometimes, the haters can be right.