Jackson Browne – Standing In the Breach

Jackson Browne has made a few changes throughout his long career.... 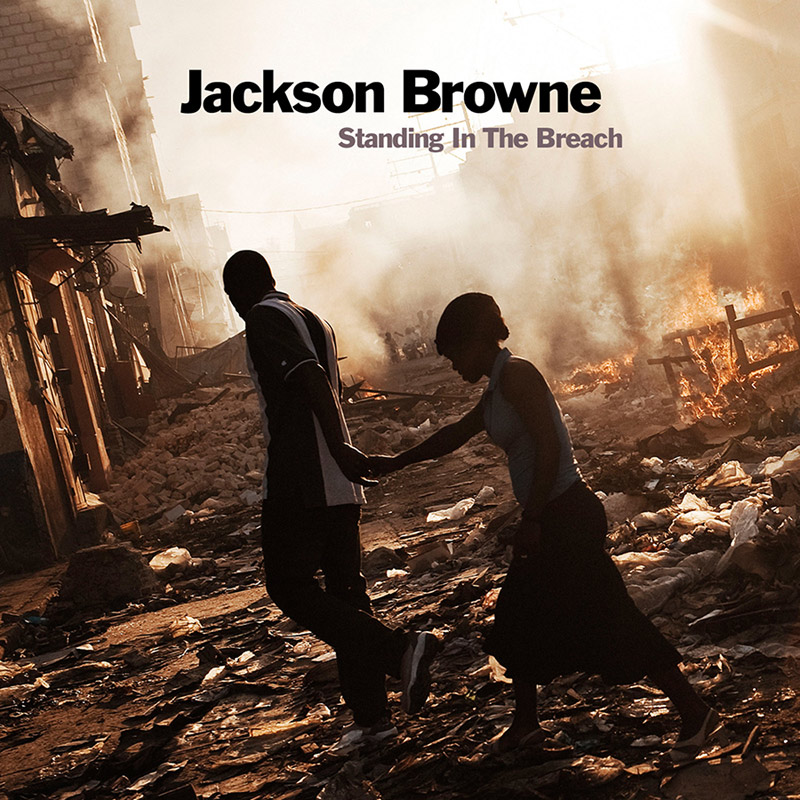 Jackson Browne has made a few changes throughout his long career. He started out playing folk-rock alongside bands in the ‘60s and in his debut album in 1972. Then his solo career took off, and he became more rock and political in the ‘80s. He has a trademark voice over ardent guitar, and he has had more success than many singer songwriters of his generation. He was inducted into The Rock and Roll Hall of Fame in 2004.

Standing in the Breach is a little different in attitude, and it starts out strangely. “The Birds of St. Marks” is an oddity as a reissue, though it is a very evocative and emotional song about a woman. Standing in the Breach does a lot of things. He approaches politics as he often has recently. The album is somewhat experimental in the guitar. With many of the songs, Jackson Browne speaks the words millions other people have thought of, “What’s the point of love once it ends?” His answer as seen particularly in “Here” is there isn’t one.

“Long Way Round” has great guitar, and it has the politics and rhythm that previous albums had. It addresses gun laws. “Yeah Yeah” is really catchy and interesting. When Jackson Browne sarcastically makes the comment, “Yeah yeah,” he almost sounds like a modern songwriter. It’s edgy in a way that is popular in the industry right now, where every pop song says something biting about relationships, sex, or drugs.

Standing in the Breach is about fifty-fifty folk and politics. There is folk in “You Know the Night” and “Leaving Winslow”, which both have a little bit of country in them. The latter is pretty good. “If I Could Be Anywhere” is interestingly full of reverb and piano. It also references “American exceptionalism.” Let’s just say he is not a fan of nationalism. “Which Side?” has weird vocals and is political. “Walls and Doors” is more relaxed but is not great. “Standing in the Breach”, the song, is really solid. It has more of a classic rock feel than folk, like the songs from previous albums Looking East or Lives in the Balance.

“Here” has a good guitar line and ends the album, but is a really unusual song for him. It shows Jackson Browne’s lofty appreciation for songwriting in that it works through his singing and guitar. However, the lyrics are so bitter, it is hard to imagine they come from Jackson Browne. He speaks angrily of false hope, “Here where the questions grow / And all you will never know about her.” By the end of “Here”, Jackson Browne’s alt-folk is profoundly filled with emotion, evidence that the soul of this album comes from sitting with a guitar by the window. Does it have an “Off of Wonderland”, probably not, but it is a much better overall album than it’s predecessor, Time the Conqueror.