Near the start of their tour behind the new 'Life In the Dark', The Felice Brothers’ James Felice sat down with QRO.... 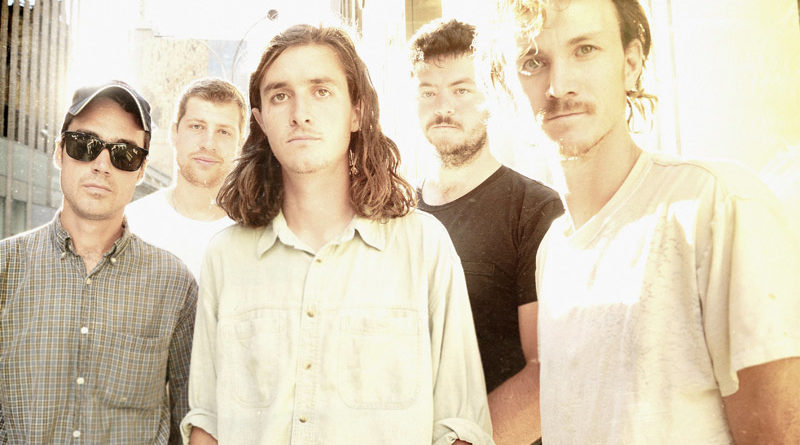 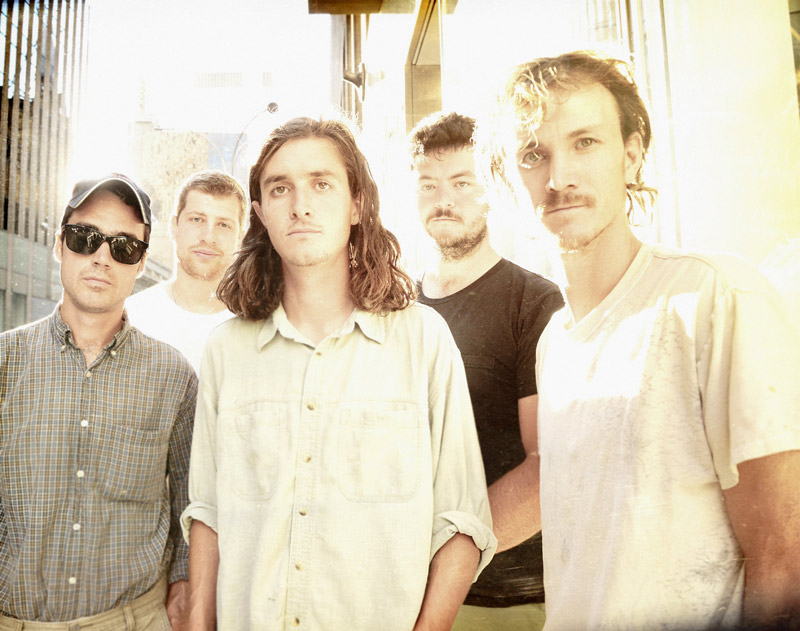 Near the start of their tour behind the new Life In the Dark (QRO review), The Felice Brothers’ James Felice sat down with QRO. In the conversation, the accordionist/keyboardist discussed the tour (including small towns vs. big cities), the new album, doing everything inexpensively (from videos to addresses), touring as both opener & backing band for Conor Oberst early in the summer, brother Ian’s only guitar, missing out on obvious ad campaigns, and more…

QRO: How was the show in [Hamden,] Connecticut, which started off your tour?

James Felice: It was fun. It was the first show. It was a little rusty, but fun.

QRO: You’ll both play big city venues like [Bowery Ballroom – QRO venue review], but also relatively smaller towns, like Hamden. Do you notice any difference in the crowds?

JF: Well, Hamden is basically New Haven, and New Haven has a lot of overlap with the city.

I actually did notice a difference in the crowd. They’re all pretty die-hard fans, I think. A lot of them were; it was awesome. A lot of people I recognized, which was really nice.

I think maybe the big cities, you get more people wandering in, trying it out for the first time, than in smaller towns. Maybe? I don’t know – I don’t know if that’s true. But I just noticed that [in Hamden].

QRO: Life In the Dark came out back in June, but only now is your first big, main headlining tour for it. Why was that?

JF: I guess there was a lot of reasons for it, but we wanted to actually give the record a couple of months before we hit the road with it. Basically, so people knew the songs.

We’ve never done that before. Usually, we plan it stupidly, and we’re like on tour when the record comes out and something, and it’s dumb.

So this way, put the record out early enough, before the summer really started, festival season, we got to do a couple of those. And then we got to tour in the fall, which was like the right time to tour. This was a better plan, I think. Theoretically, it seems like a better situation.

QRO: I saw you the last time you were in New York, when you played McCarren Park with Conor Oberst (QRO recap). What’s it like touring when you’re both the opening band and the headliner’s backing band?

I… like playing music, so getting to do it longer, and more is great. I wish we could do it all the time; I would love to open for myself, ‘cause I feel like I’m always better if I can warm up. Warm-up set for forty-five minutes…

QRO: You do have to learn a bunch of songs.

JF: Totally. You gotta learn a bunch of songs. I guess that’s ‘work’, technically, or whatever that is, and that can be difficult, but challenging, and that’s also fun. Playing music is fun.

And playing music with Conor is great. He’s so patient and supportive, especially learning his songs and stuff. He has no problem working with us.

QRO: You guys have toured with him a bunch…

QRO: When you played Brooklyn with Oberst, he did one of your songs, “Rockefeller Drug Law Blues”, in his set. Would he normally do one of yours?

JF: We never play that song live. We haven’t played it in years & years & years. He really liked the song, so he learned the song, convinced Ian to play it. So that’s how we got to do that one.

But usually we do one of our songs in his set. He’s so generous with that, which is incredible.

QRO: But the real question is: When you’re touring both as the opening & backing band, it probably pays better, right?…

And he takes good care of us. The whole thing is kind of a best-case scenario. I would love to do that for the rest of my life.

QRO: But I suppose [brother/former band member] Simone Felice appearing on stage with you all & Oberst in Brooklyn was a special one-off?…

JF: That’s right, he was there. We had a bunch of friends & family there. That was a big party.

QRO: How was making Life In the Dark?

JF: It was really fun. It was a learning experience, and it was different.

It was the same in that we found a space – this was a garage, on a farm. Which is our rehearsal space. We were looking for a different place to record this record, but we sort of just settled back in. We spent a couple days building baffles, hanging blankets for acoustic purposes, and then we started recording. I bought some gear, a few mikes, couple little things that we needed, and then we started doing it.

Everything was recorded in the room, live, in the same room. A lot of bleed, lot of just a couple takes. It was fun. It was an excellent experience.

QRO: Did Ian sing all the songs on the record?

QRO: Has it just been a natural progression over the years to him as main lead vocalist?

JF: Well, the record before this [Favorite Waitress – QRO review], other dudes sung different songs. This record just happened to be, he wrote these amazing songs. Other songs got brought forward by different guys, but they just didn’t really fit in. ‘These are great; this record’s done. Let’s just stop here.’

Future records, who knows where it’s gonna go, but I always defer to him. I think he’s like the ‘soul’, his songwriting is the center of the band.

Future records, who knows where it’s gonna go, but I always defer to [Ian]. I think he’s like the ‘soul’, his songwriting is the center of the band.

QRO: Which is harder: singing while seated at the keyboard, or standing with your accordion on?

The piano is easier, I guess, ‘cause you’re just sitting there, singing.

QRO: When you’re writing a song, do you write on keyboard, accordion, or both? Do you change from one to the other?

JF: These days, I pretty much write everything on piano. It’s kind of what I play, most of my time right now, for some reason, the last year or two.

I used to write a lot on guitar, but I don’t really play very much guitar anymore. I still haven’t figured out how to write on accordion, yet. I transfer things over, sometimes.

QRO: I suppose for this tour, you’re going to be playing mostly Life In the Dark?

Yesterday, we played the whole record through, which was the first time I’ve ever done that, actually. Any record, ever. Which was kinda fun.

QRO: But you’ll still get drunken request for “Whiskey In My Whiskey”…

QRO: I’m still waiting for that to be used in a whiskey ad campaign.

JF: I know, man! It’s been too long now, ten years. I don’t think anyone’s gonna pick it up…

The Felice Brothers playing “Whiskey In My Whiskey” live at Bell House in Brooklyn, NY on May 18th, 2011:

QRO: I like that, you’re such an ‘Americana’ band, but it’s a non-American brand…

QRO: And a lot of your songs sound like they could have been written fifty years ago, but Honda Civic is more recent…

JF: I’ve had way more experience in my life with Hondas & Toyotas than with Chevys.

QRO: I think that’s true for most people…

The Felice Brothers’ video for “Plunder”:

QRO: I noticed that the two videos for Life in the Dark, “Plunder” and “Aerosol Ball”, they are both just old stock footage and the like (and nothing of any Felice). They work for the songs, but is that also easier/cheaper?

JF: Josh [Clapton], the bass player, made those videos. He actually made a video for every single song, using stock footage.

We hate being in videos, doing that kinda stuff. We’re all too… I don’t know what that is… Photo-shoots, videos…

JF: We’re super self-conscious. We don’t like being photographed or videotaped… [laughs]

So Josh came out and did that. We thought they were hilarious and fun, super weird. It felt great. Better than anything we would have done, I feel like.

Ian doesn’t like to do that stuff. If he doesn’t want to do it, we don’t do it.

I have to constantly remind myself, ‘Oh yeah, you’re a musician, you tour, you go on the road, you play in front of people, hundreds of people, thousands of people, will look at you.’ That always blows my mind.

QRO: It seems like, on stage, he’s more reticent than the rest of you guys. Which is a flip from usually the singer…

JF: Usually the singer is the superstar.

He’s an introverted person. His intensity is different than most performers; definitely different than like my energy. My energy is jumping around, and excited, but his is totally different. But I think effective. Hopefully it all works well together.

QRO: Usually your stage set up, with you, Ian, Josh, and then Greg [Farley, fiddle/washboard], and you & Greg will be the more excitable ones…

JF: We split ourselves up now, so that we’re on opposite sides of the stage. We’re the flanking of excited dudes, jumping.

QRO: How you did cheaper videos, is that a little like how you eschew expensive videos for cheaper spaces like garages, chicken coops, etc.?

JF: I think we all don’t feel super-comfortable in nice, expensive places. Because we grew up, and we still live, in the country.

QRO: You all still live out in the country?

JF: Oh yeah, we all still live out there. Live out in the middle of nowhere.

It’s weird, going on tour. You just forget – I forget that that’s what I do. I have to constantly remind myself, ‘Oh yeah, you’re a musician, you tour, you go on the road, you play in front of people, hundreds of people, thousands of people, will look at you.’ That always blows my mind.

You go from being nobody, in a small town – which is pretty impressive – and it’s a totally different lifestyle. It’s awesome. I’m so happy that we have that.

I don’t think I could ever live in the city. I can’t even live in big towns, back home. I’m constantly living in the woods.

QRO: Does having so many instruments, especially vintage ones, get expensive?

When we first started the band, we had some vintage stuff. We had Wurly, and a really cool, old organ. But they broke right away. It was fucked. So I was like, ‘I don’t want to do that anymore. I want have stuff that works well.’

Vintage-wise, Ian only owns one guitar. That guitar that [he plays] is the only guitar he likes to play.

QRO: Does he have an acoustic?

JF: He has an acoustic guitar, which I think he brought, but he only has one electric guitar. There’s no back up, there’s no other guitar. It’s the only guitar he’s played on stage for like ten years.

QRO: What happens if something happens to it?

JF: I think that’s the end of the band, if that happens.

We don’t have anything expensive. We don’t do expensive stuff.

QRO: Have you ever had that happen to anyone?

JF: My accordion got stolen on the last tour, and Greg’s fiddle. That sucked.

I just kept buying accordions at vintage stores, and ripping them apart.

QRO: Greg’s washboards, do you get washboards that are designed to be instruments, or ‘regular’ washboards?

JF: No, that’s just a regular washboard, I think. You get them at antique stores and stuff.

I think there’s one company that still makes them [Columbus Washboard Company]. Sometimes we grab some – I think they’re in Ohio somewhere, drive by and grab some…

QRO: You should get an endorsement deal…