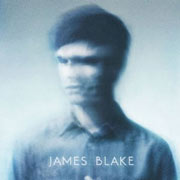 Pop music will eat itself.  Through commoditization and planned obsolescence, the self-cannibalization of populist music is something that cannot be avoided.  Thus, purveyors of pop must attempt to transcend the genre, in order to avoid obscurity.  Countless pop sub-genres have come and gone in the past few decades – rode the waves of hype, and then died out as quickly as they came (disco, grunge, chillwave…).  But since pop has been prophesized to end in an implosion of Biblical proportions, it makes sense to distance oneself as far as possible from the musical black hole.

We are left with the pop paradox: artists attempting to avoid the pop pigeonhole, while at the same time, acknowledging the timeless and time-tested pop aesthetic.  The Da Vinci Code pales in comparison.

Enter James Blake – twenty-something London-wünderkid producer, leading voice of the misguided albeit intriguing dubstep genre, and runner-up in BBC’s prestigious ‘Sound of 2011’ poll.  Blake produced three critically acclaimed EPs in 2010 alone, and his eponymous debut has garnered hype of Merriweather Post Pavilion (QRO review) standard.  The recent Goldsmith’s Art School graduate has sold out shows, graced the cover of international music magazines, and was called the ‘savior of pop.’  All this before the release of his debut LP.

A primary factor of Blake’s preternatural mystique is the complete inability to pigeonhole the kid (could he have solved the aforementioned pop paradox?).  How does one begin to define the enigma that is James Blake?  Where do we begin?  To look forward, we must first look back.  Back to Blake’s unassuming rise.  Back to the early aughts.  Back to the rise of the machines.

Following the backlash of the late ‘90s East London garage and grime scene, a new genre was born from the basements of foreclosed apartment buildings.  Combining gritty bass, obscure hip-hop samples, and violent percussion – club frequenters and fringe-electronic enthusiasts alike reveled in this new style, known in peripheral vernacular as ‘dubstep’.  In the years that followed (the formative years of the aughts) dubstep gained formidable buzz in pertinent circles and shaped the electronica blogosphere and its myriad forms.  Dubstep and the post-banger movement threatened to overthrow the conventionality and traditionalism of the self-aware legions of longhaired gravelling rockers.

But because of the expectation and anticipation – naive optimism, and even cynical opportunism – dubstep seemed to crumble under the weight of its own ambition, and left room for a new generation of clean-shaven bedroom producers to take power.

James Blake perfectly captures this postmodern, digitalized zeitgeist.  On his self-titled debut, Blake does not aim to disarm through aural aggression, but instead this auteur focuses on the minimalist deconstructionism of Brian Eno or John Cage.  In short, Blake has beaten the pop paradox by using silence as his main instrument.

Fragile vocal lines weave between the nebulous shades of electronic instrumentation; soulful mourning is undercut with gentle waves of synthesized rapture; vertiginous guitar and off-kilter drum lines evoke seamless introspection.  Blake creates a blank aural canvas, for the listener to fill with his or her own hopes, dreams, fears and distant memories.  The record is internalized to such extent that it becomes difficult to distinguish Blake’s musings from the inferred sound your brain automatically fills into the many interstices.  This is an album designed to inhabit your aural cavities; not blare from cheap car speakers.

Blake’s dynamic EPs saw the Londoner’s deftness behind the producer’s booth take the foreground.  But on his debut LP, Blake’s vocals and songwriting skill are given primary focus.  The dub inspired production is still there, but to a much lesser degree and intensity.  Anguish, heartbreak and loss drip from Blake’s lips – as the ebb and flow of his meticulously crafted instrumentation provides the necessary undercurrent.  What quickly become apparent are Blake’s perfectionism and the precision of the production – every synthesized riff is perfectly placed for maximum impact.  Almost too hermetic in its execution, the record breathes a new sense of life and vigor on the skeletons of bygone genres.  It’s actually an ironic contradiction – Blake utilizes many cold, sterile and generally soulless methods (autotune, vocodization) to create a rich, evocative, and soulful sound.  Blake’s passion seduces and stuns; draws the listener in, and offers a 40-minute escape from the routine of suburban ennui.

To taxonomize Blake would be a trivial and belittling effort.  The dubstep beats are present, but Blake has reached deep down into the genre and extracted long-buried emotions – resonant echoes of the halcyon days of psyche-rock, jungle house and U.K. garage.  But this is not by any means a dubstep record.  Like Dylan and folk, or Zeppelin and blues – for James Blake, dubstep is just a well-tread reference point.  Blake actually favors the Motown stylings of Smokey Robinson and Peabo Bryson far more than contemporary electronica.  The heavy soul, R&B and gospel influence is heard throughout – shaping Blake’s cadence, rhythm and general aesthetic.  Yet ironically it’s Blake’s penchant for these early 20th century African American sounds that gives the record a completely fresh feel – whilst maintaining a rooted and familiar foundation.

The centerpiece, and lead single of the record is Blake’s cover of Feist’s (QRO live review) “Limit To Your Love”, a textbook example of effective use of space and silence to create a sense of emotional heaviness.  Blake’s effervescent croon and rustic piano jangle, gives the already well-loved track a completely new direction.  Elsewhere, the lyrical melodrama of “The Wilhelm Scream” transforms Blake’s minimalism into an arena-type spectacle.  Featuring bare and naked production, with cold, echoing tones intermittently ringing out through the hollow space, Blake bleeds onto the track, “I don’t know about my dreaming anymore / All that I know is I’m falling, falling,” – it’s easy to imagine him slipping off a high-rise in slow-motion.  The pungent whiff of inevitable death.  And then silence.

James Blake makes R&B music, but without rhythm.  Blake’s sound is far from metronomic, and is filled with sporadic bursts – the essence of a fractured mind, fraught with doubt, heartbreak and regret.  Blake makes electronic music, but it’s more analog than digital.  With vinyl texturing, organic production and a stark minimalism, the record is a far cry from the aural assault of Blake’s dubstep years.

The LP is modern, but firmly rooted in the past.  It’s safe and familiar, but takes huge risks and sounds completely new.  It’s sometimes impossibly beautiful and smooth, and other times dissonant, cacophonous and incomprehensible.  The record is diverse and multifaceted without ever feeling fragmented.

This is so much more than a 22-year-old Londoner’s debut recording.  This is the future of pop music.  Blake has crafted an album of quiet dynamism, and proven he’s more than just another producer.  He’s a pioneer.  James Blake is unlike anything we have ever heard before – combining the soul of a Southern black gospel choir, with a certain electronic minimalist flavor.  Al Green meets Brian Eno.  But in all fairness to Blake, there is no basis for comparison.  What we are witnessing is the muted roar of progression.  One soulful electronic track at a time.