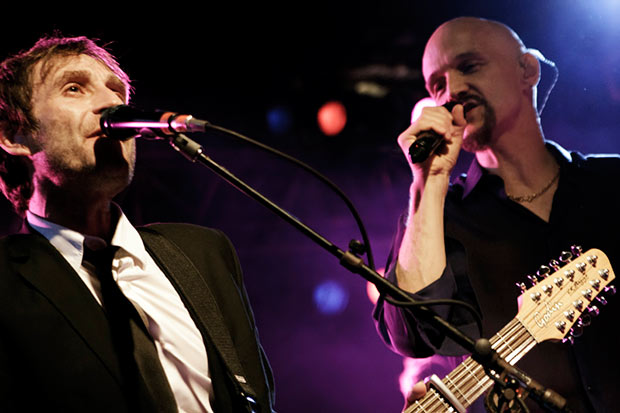 Click here for all of QRO’s coverage of James in the ‘Spotlight On : James’ feature

The James show at the Roseland Theater in Portland, OR, on Monday, April 9th was a show for the fans.  They played a couple of songs from Hey Ma, James’ 2008 reunion record, but mostly focused on older crowd pleasers from albums like Gold Mother, Seven and Laid.  The crowd was ready from the start, singing along with singer Tim Booth on "Oh My Heart" and going into a frenzy when the band broke into "Laid".  The band pulled out a couple of surprise numbers by going deeper into their catalogue with songs like "Medieval" from their 1988 album Strip-mine and more experimental track "Jam J" from Wah Wah.

The one big disappointment was that the band left "Sit Down" out of the set.  They ended with "Sometimes" and came back with an encore that included "Say Something" and "Tomorrow", but you could tell the crowd was disappointed that they didn’t play their biggest hit, as many of them sat down on the ground and chanted "Sit down, sit down," for a while until the house lights came up.  You can’t expect a band to always play their hits, and James played plenty, but it’s a shame to not be able to hear your favorite song.  Guess it’s a good thing for James that they left their fans wanting more, just as long as they come back soon. 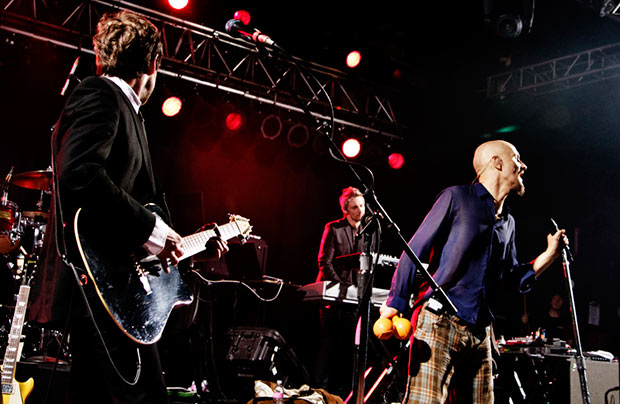 The Shins : Port of Morrow