Jamie Hince of The Kills had an exhibit of his own photos at Morrison Hotel Gallery Loft.... 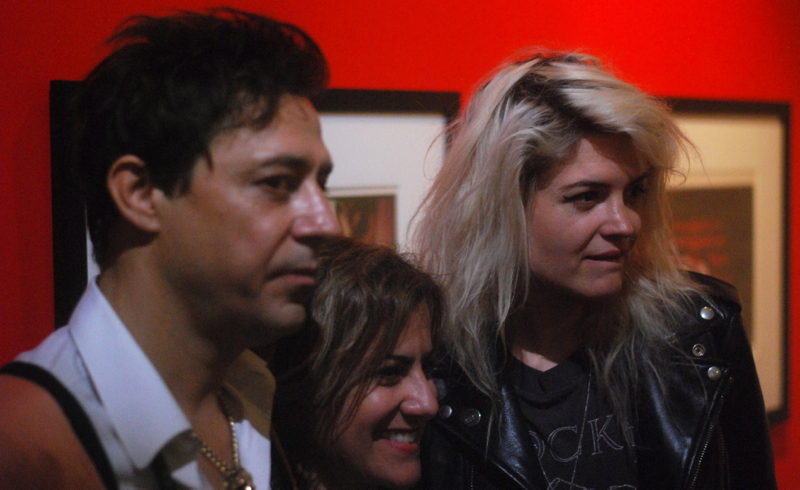 Everyone seems to be a photographer these days – and the subject of photography. Digital cameras have liberated the photographer from rolls of film & dark rooms, but also encouraged many more people to pick up an SLR. Camera phones are ubiquitous, and so are ‘selfies’. Today you can even record/be recorded by a pair of (Google) glasses. It’s even worse at concerts, which is why venues and festivals are limiting photo passes and not letting people bring their cameras into the event. But it was still more than worth checking out the photo exhibit by Jamie Hince of The Kills, who showed what he saw when he got behind the lens at Morrison Hotel Gallery Loft (QRO venue review) on Tuesday, June 10th.

Hince is one-half of The Kills, one of the acclaimed garage-rock acts that emerged at the start of this century/millennium, along with other ‘The’ bands like The White Stripes (QRO live review) – indeed, his other half in The Kills, Alison Mosshart, has another act, The Dead Weather (QRO album review), with Jack White (QRO live review). Hince has gotten his photo taken many times, but also must know what it’s like to be visually overshadowed by a beauty like Mosshart – or his wife, who just happens to be supermodel Kate Moss. It’s almost enough to make you feel bad for him, but you can’t really feel bad for someone who’s in a band with Alison Mosshart and married to Kate Moss… 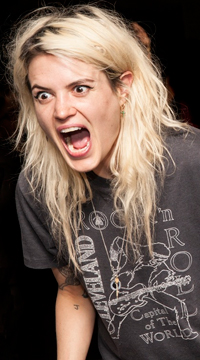 Hince’s photo exhibit, dubbed ‘Echo Home’, naturally featured photos of those two ladies – how could it not? – but also more. One picture that particularly caught the eye was of a row of photographers with their own cameras up (it looked more red carpet than concert, with them being on the same level and all having flashes, a no-no at concerts but common among the paparazzi). Yet he also didn’t rely on just ‘the rock lifestyle’ to provide visuals, but also had some more natural shots. 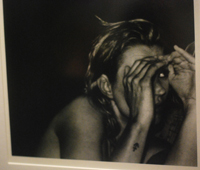 Of course, the eye still went to the Moss & Mosshart pics. Like she does on stage, Mosshart looked badass whether lying on a bed or seated on the hood of the car. Moss was, of course, beautiful, but she also could shift from her untouchable appearance on the runway to be much more informal, even playful. And, because I know you were wondering, yes, there were a few topless photos of Moss (the pictures of those pictures that your correspondent took unfortunately disappeared…). 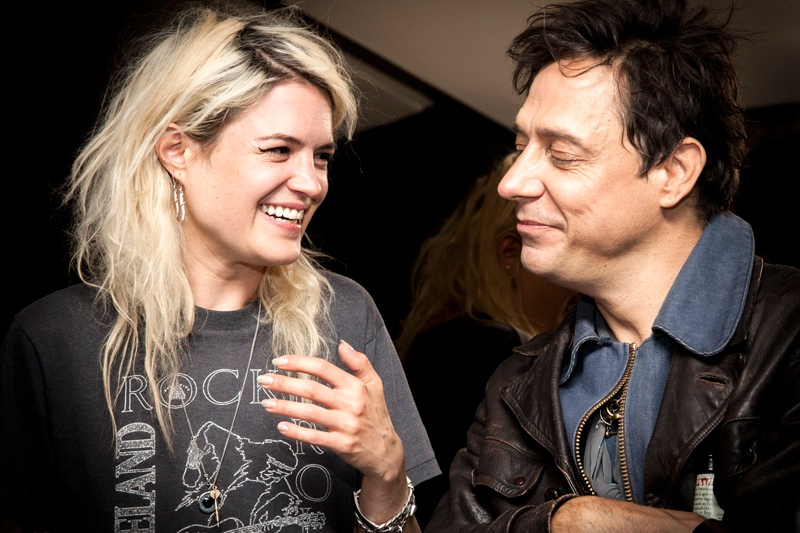 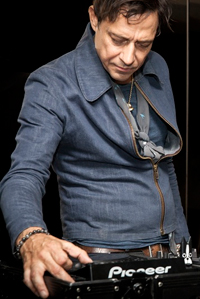 While no part of Moss made an appearance, (clothed) Mosshart did, and in-person she’s a lot less intimidating, looking like Katie Holmes when she smiles, and Mosshart doesn’t smile a lot on stage. Both were in town after playing Governors Ball on Randall’s Island on Sunday (QRO photos) – Mosshart admitted she liked Governors more than Saturday’s Field Trip Festival in Toronto (QRO photos), but they are a very New York (and very not Canadian) band. Both Hince & Mosshart DJed an after-party at SoHo Grand Hotel, which also saw an appearance by Interpol (QRO live review) guitarist David Alexander Kessler, whose band had, like The Kills, played Governors on Sunday (QRO photos) and Field Trip on Saturday (QRO photos). You could tell all three indie-rockers were a little tired of getting their pictures taken by the time they made it to SoHo Grand, but the only thing worse than people wanting to take your picture is people not wanting to take your picture. 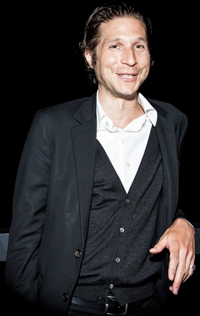 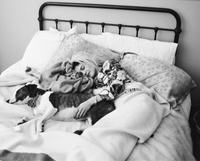 The party itself was also a benefit for Rational Animal, a program to increase awareness for at-risk animals. It’s previously worked with the likes of Debbie Harry, Moby, The Beastie Boys, Pearl Jam, and even Blue Öyster Cult. For their most recent effort, Mother’s Comfort Project to make and deliver animal beds to homeless animals in shelters in the New York metro area, they tapped Hince to take a photo of Mosshart & her dog.

An artist going behind the lens is often tricky, whether actors who really want to direct or musicians who want to see instead of just being seen. But being on one end of the camera provides insight on being on the other (and being married to a supermodel doesn’t hurt, either…). 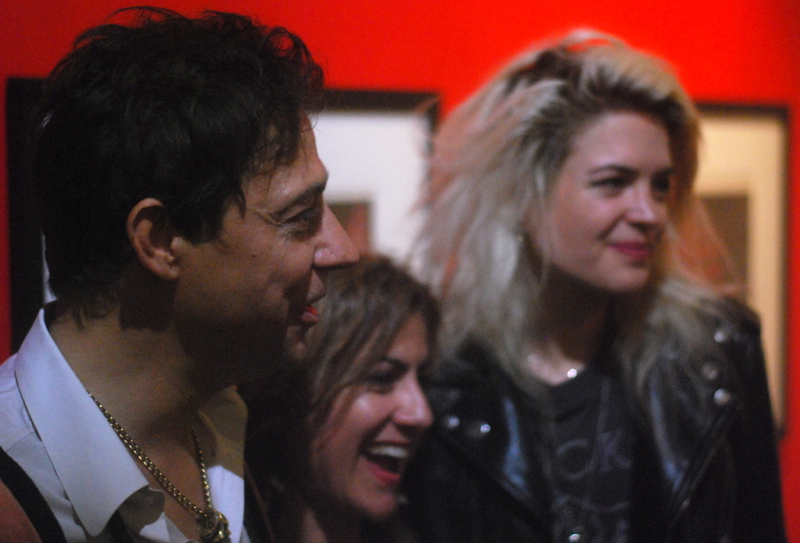