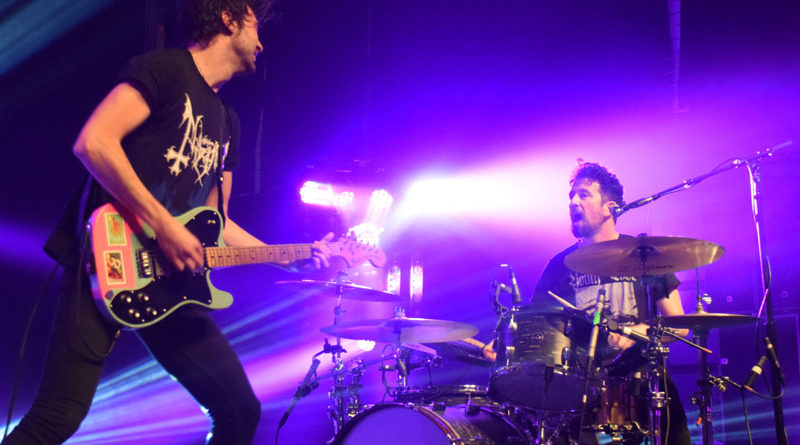 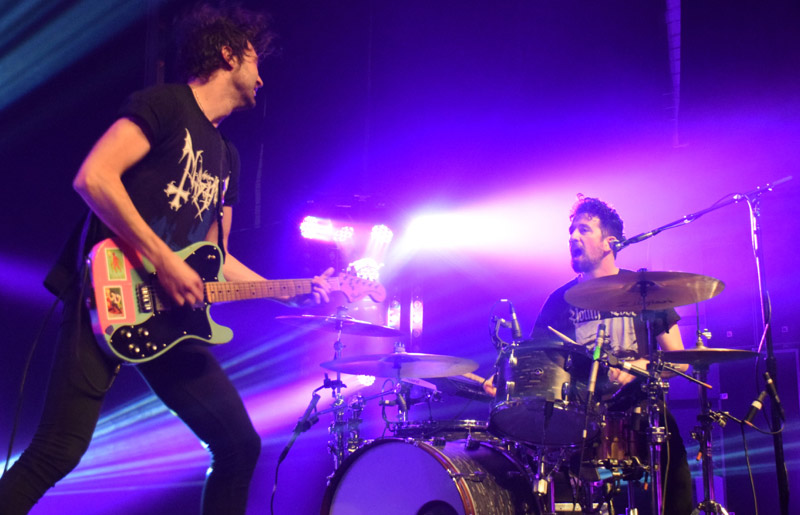 Photos of Japandroids at SXSW 2018 in Austin, TX

Photos of Japandroids at Jefferson Theatre in Charlottesville, VA on October 27th, 2017

Photos of Japandroids at SXSW 2013

Rock ‘n’ roll can be a catharsis. It can allow one to “yell like hell to the heavens,” as Brian King sings on “The Nights of Wine and Roses”. The energy behind it can be the energy within you, finally let out. Such were the top moments when guitarist/singer King and drummer David Prowse, a.k.a. Japandroids, came to New York’s Terminal 5 on Thursday, February 23rd.

Early in the set, King & Prowse jokingly remembered their first time playing NYC back in 2008, coming all the way from their home in Vancouver to the tiny & dingy Lit Lounge (QRO venue review) to play for their two friends. Terminal 5 (QRO venue review) is not the Lit Lounge, but rather a massive, three-story converted warehouse that hosts big acts, and Japandroids have gotten that big. Yet they’re still a guitar-and-drums two-piece who thrives on their visceral music & visceral crowd. So yes, there were crowd-surfers at the uptown venue – King actually commended security while asking them to take care of the kids having fun – if also a large barrier space between the band & the fans.

On only their third record, Near To the Wild Heart of Life (QRO review), Japandroids were returning to NYC behind it. Before its release last month, the duo had stayed pretty much off the radar since finishing touring 2012’s Celebration Rock (QRO review). Rock was a much-lauded album that was on many year-end lists (including topping QRO’s – QRO’s Top Albums of 2012), and put Japandroids on many people’s maps. Some time off was good, to make them still seem fresh when they came back and faced the inevitable high expectations – expectations that Wild Heart lived up to.

With only three records, and each only eight songs, Japandroids were able to fit in all but one piece each of Wild Heart & Celebration, plus three from debut Post-Nothing (mentioning before one, “Young Hearts Spark Fire”, that they had played it at Lit Lounge in 2008…). Of course they opened with Wild Heart’s opener/title track, but it’s a very strong opening on that record, and was on that night, particularly in its cry of leaving home for the wider world (which New York certainly is). Similarly was Wild Heart’s “North East South West”, or the even more straightforwardly evocative “In a Body Like a Grave”. 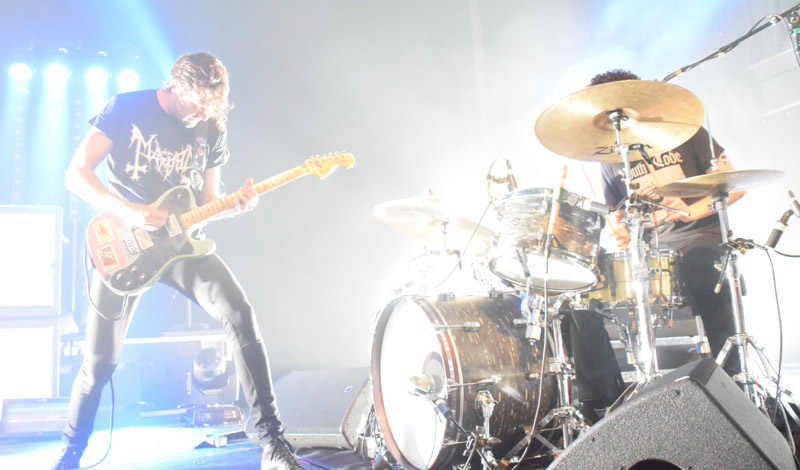 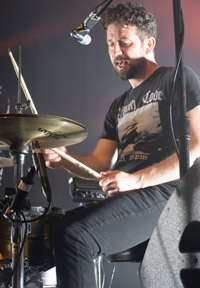 Admittedly, after that song the night slowed down a bit with Post’s “I Quit Girls” and Wild’s “Arc of Bar”, but perhaps nothing can kick up storm like Celebration’s breakthrough number, “The Nights of Wine and Roses”. King basically invited & let the crowd sing/exult-a-long to the stellar song, as well as Celebration’s “The House That Heaven Built” near the end of the night. It was also interesting to see live how much Prowse on drums still manages to sing. Being one-half of the band does put him at the front of the stage, but it’s still always impressive to see a drummer able to take the mike. 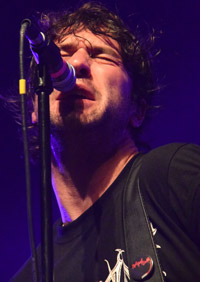 After “House”, Japandroids closed by inviting opener Craig Finn (QRO photos) on stage to sing their cover of The Saints’ “(I’m) Stranded”. There was no encore, or rather as one fan put it earlier in the set, they don’t do “that fake encore return bullshit, but just play through.”

“Do we have something to live for? / Well of course we do!” King sings on “The Nights of Wine and Roses”. For one night, fans were able to live for something through Japandroids. 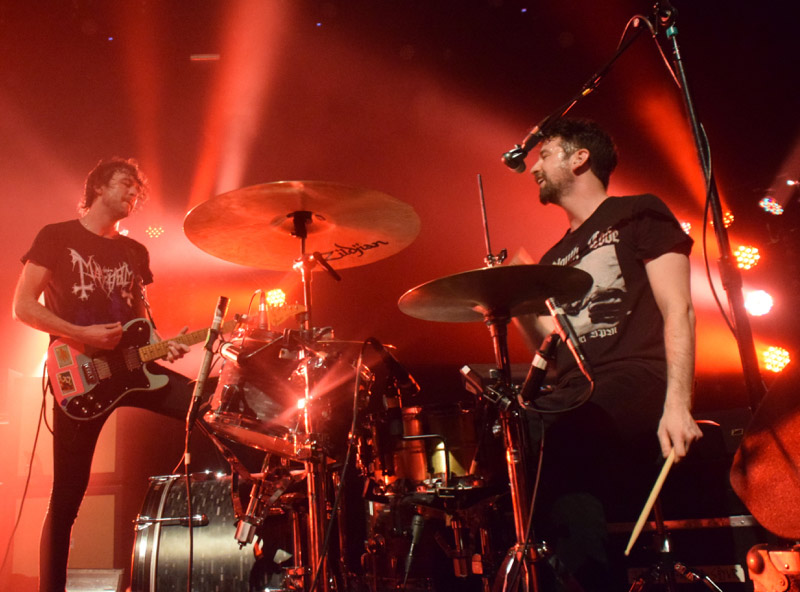