Dingwalls is a venue no bigger than a town hall, with low ceilings and even lower lighting. Truly the perfect venue for a band like Japandroids.... 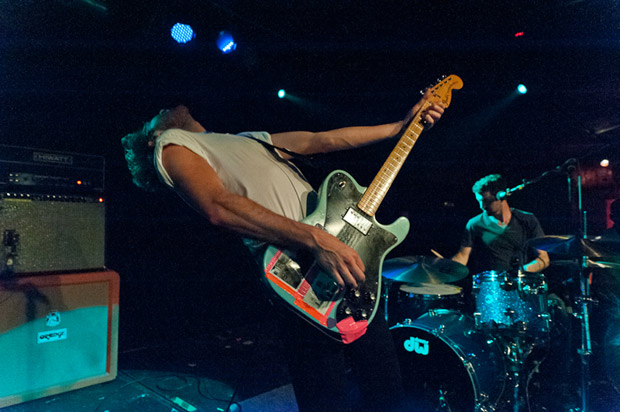 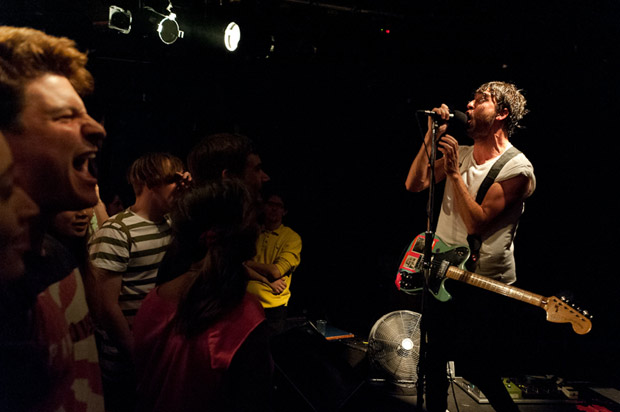 Photos of Japandroids at SXSW 2013 in Austin, TX

Dingwalls in London’s Camden is a venue no bigger than a town hall, with low ceilings and even lower lighting.  Truly the perfect venue for a band like Japandroids on Thursday, July 18th.

By the time Brian King and David Prowse walked on stage, the crowd was already boiling, but even with the extreme British heat cooking everyone inside, the energy of the excited audience remained unchanged.  The two men, unkempt and shabbily dressed, seemed happy to see the crowd, and the crowd in return were more than happy to see them. 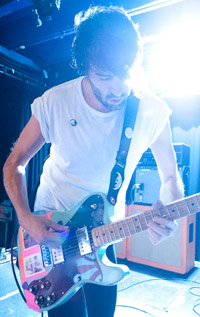 King focused mainly on talking with the crowd between songs, while Prowse preferred to focus on what he was good at: giving his drums the beating of their life.  When the duo kicked off “Adrenaline Nightshift” the crowd roared with applause.  The band played primarily music from their first album Post-Nothing¸ but threw in tracks from their 2012 record, Celebration Rock (QRO review).

The small venue mixed with the burly men with big beards really tied the evening up as a heavy, rock fuelled evening.  The mix of old songs and new gave a perfect balance for those who were fans from the beginning and those with no prior knowledge of the band. 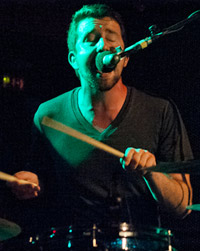 The pair finished with a cover of “For the Love of Ivy” by The Gun Club.  The fans that recognised the song were ecstatic, and those who were unfamiliar with the piece simply enjoyed a fabulous cover.

Early on the sound seemed somewhat low on the microphones, but after a few more songs the issues were resolved, and the crowd seemed too involved to notice the problems.  It seems that very few concerts manage to get by without any sound problems these days.

The only problem with the evening was when Brian told the crowd that this was to be their final show ‘for quite a while’.

The evening overall was fast and heavy.  The heat started to bring people down towards the end, however that can’t be blamed on the band.  They put on a fantastic show; it is just a pity that it will be so long until they next play live.