Jesper Anderberg of The Sounds

At home in Sweden, Jesper Anderberg of The Sounds talked with QRO.... 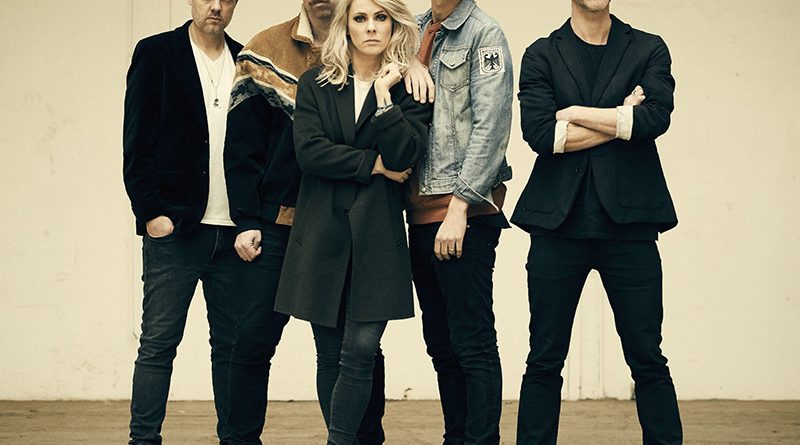 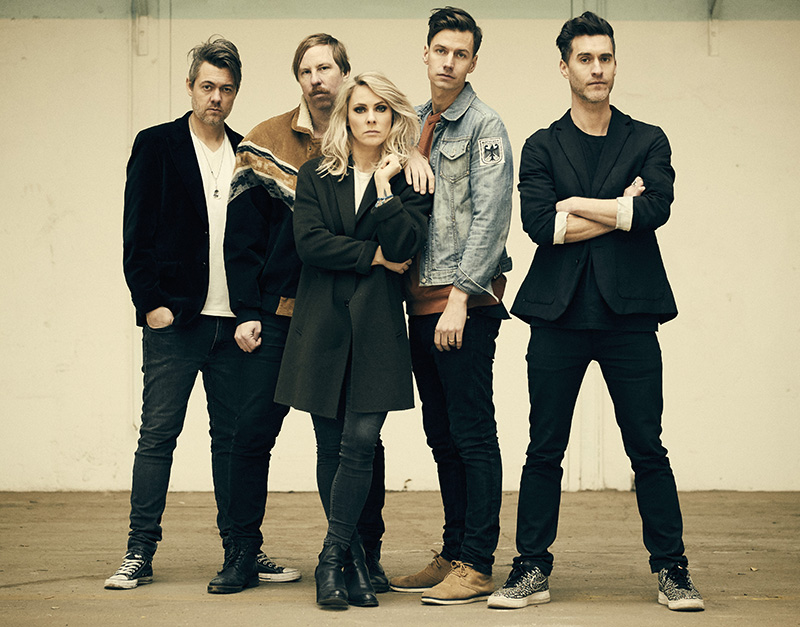 At home in Sweden, Jesper Anderberg of The Sounds talked with QRO.  In the conversation, the guitarist/keyboardist talked about their new album, Things We Do For Love (QRO review), taking a break from music, returning to music, his home country’s unique approach to the corona crisis, being a parent in quarantine, playing to no one, not cutting his hair, and more…

QRO: How are you holding up with everything that is going on?

You’ve probably heard, but Sweden doesn’t have the same strategy when it comes to the coronavirus as everyone else.  We get a lot of shit for it, and we get a lot of praise for it.  I don’t really know what to make out of it – I don’t think anyone knows.

For me personally, I’m on parental leave at the moment.  So, my life is kind of in a quarantine, in a ways.  You don’t see that much people when you’re taking care of a toddler…

People are a little bit more tense, when it comes to seeing people, in general.  I don’t go out drinking beer that much.

QRO: Well, when you’ve got a toddler…

JA: Exactly. [laughs] It’s actually a pretty good year to have a six-year-old.

QRO: And how are your fellow band members?

JA: I would say the same.

Maja [Ivarson, singer] has a kid as well – I have two kids, and she has one, and they’re about the same age.  I think she experienced the same thing I explained.

As far as the other guys, it’s a weird mode, when it comes to having an album, and releasing our first album in a long time, when everything was shut down.  Obviously, everybody’s a little bit bummed out, we couldn’t do the tours in the spring, tours in the fall, or even the summer tours that we had planned.  I guess that thing has changed for them.

QRO: Are you still able to see them, face-to-face?

JA: Yeah, absolutely.  Everybody’s on vacation right now.  We don’t really hang out in the studio as much, cause we have kids, as far as communication.

I guess we will regroup in mid-August or something like that, and start writing new songs.  Rehearsing, for whenever a tour came come… [laughs]

QRO: How was making Things We Do For Love?

JA: I would say that it was quite different from the last couple of albums.

It was a bit different approach.  We had been a band for so long, everybody wanted to do a little bit different stuff, everybody felt like they had to take a break from the music.  Me personally, I had two kids during the time from the last album that we did, Weekend, except for the EP.  I think Felix [Rodriguez, guitarist – QRO interview] started studying for a while; I also studied for a while.  So, everybody was just like, ‘We’ve done this for so long; let’s try something else, see where we’re at in a few years.’

And sometimes that’s really important, I think.  When you have the ability to try out new stuff for a short period of time, I think it can sometimes be beneficial when it comes to songwriting approach.  Sometimes you can get stuck in the old routine, writing.  Sometimes you can step out of it, and come back.

We weren’t really in the studio, everybody, together, constantly – that was the biggest difference.  Before, we wrote like fifty songs and then we went into the studio & recorded them.  Now, we record a few songs here, record them, record a few songs there – we did a compilation.  It was a fine experience.

When you have the ability to try out new stuff for a short period of time, I think it can sometimes be beneficial when it comes to songwriting approach.

JA: Me & Felix, we have always pulled a lot of weight, when it comes to songwriting, in the past.  I think, both him & me felt, if we want to do something, try out something different, maybe now is a good time, when I had kids.

Also, it’s good to have other people to come into the studio, and see what they can do, when it comes to songwriting.  Songwriting, you have to spend a lot of time in the studio, and me & Felix, maybe didn’t feel like we had that energy anymore, and that opened up the doors for other people in the band, which was really good.

Since we are all songwriters, basically, in the band.  But sometimes people, you know, they have other things going on in their lives.  For the majority of our careers, that’s been the case, except for me and Felix, and Fredrik, that’s always come to the studio.

Now, it ultimately opened up some doors, for a lot of guys in the band.  I think that’s great.

The Sound’s livestream from Kulturbolaget in Malmö:

QRO: How was doing the “Safe and Sound” livestream from Kulturbolaget in Malmö?

JA: That was the first time for us, to do something like that.

It’s a little bit like rehearsing, a soundcheck.  But a soundcheck, you know, at the end of the night, there’s gonna be a lot of people there.  It was kind of a mix between soundcheck and playing a little show for television, David Letterman or something.

We didn’t really know what to expect, so we did our thing.  Our band is kind of good at that, when there’s no people in the audience.  It kind of felt like twenty years ago, when we had no audience… [laughs]

And sometimes, to be honest, even in the later days – I think it was ten years, we played a show in Myrtle Beach, and there was literally maybe 200 people at a 2,000-capacity place.  It can be tough to do shows like that. [laughs]

That show, sometimes it can be tough to do a show where there’s no people, and this was kind of a reminder of that.  And sometimes those shows are actually the best ones, because we turn to ourselves, we turn to the band, all the friendships, and all the things we’ve done together, and we just have a good time, the five of us.

Sometimes those shows are the most magical, and I think the livestream kinda felt a little bit like that.  After the first song, it was completely dead, everybody started laughing a little bit.  And then, by the second song, it kind of felt nice.

And then, after the third song, the production crew started to applaud – and we were like, ‘No, no, no – that’s even worse, when you hear like five people clapping, only five people…’ [laughs]

For us, it was a fun experience.  I would love to do it again, but we have already done it once.  It’s already online.

QRO: Did that at least somewhat ‘scratch the itch’ of not be able to tour?

JA: I think everybody felt, when we hit the venue, ‘This might be the last show we do in a long time.’  Everybody was trying to have as good a time as possible.

To be fair, it was actually kind of nice to do a show in your hometown, and have no friends or family coming backstage right after the show, wanting to party. [laughs] It was kinda nice – it was kinda like ‘your real job,’ for once.

I guess it took away some of the longing for playing.

QRO: Have you been playing in Sweden?

Restaurants are allowed to have, don’t quote me on this, but it’s something like you can have 500 people at a restaurant, if you have a big restaurant like that.

But as soon as you have live music, that’s when they put 49 people capacity on it.  If you have a guy playing guitar in the restaurant, you can only have 49 people.  It’s actually hurting the culture.

QRO: So even something like a jazz brunch, that would mess with it…

These people, that are living payday-to-payday, musicians who play restaurants, those people, they play, the restaurants can only hold 49 people – including the musician.

We can’t do any live shows for more than 49 people.  We had three, almost sold out, big amphitheatre, almost 10,000 people venues, sold out with The Hives – those were all cancelled.

QRO: And have you all been writing/making music during this extended lockdown?

JA: A little bit at home, because I’m on parental leave.  Fredrik is in the studio, and Maja, sending stuff to each other.  That’s the only thing we can do, really.

In one way, our job is not one to go to, in lockdown, because it’s only us.  But the other part is that we can’t really make any money, or tour.

But we can totally keep writing music.  That much hasn’t changed, for us, for our work.  You have to work from home.

QRO: Do you have a home studio, or have access to a studio?

JA: We have our own studio, our band.

And I have a set-up at home, as well, a little small thing, where I can work from.  And I’m gonna extend it a little bit, now.  Make it bigger.

QRO: Can you make music at home with a toddler around?

JA: Yeah – I have to wear headphones. [laughs] And I have to make sure my wife is aware that I can’t hear the screaming. [laughs]

But apart from that, yeah, definitely.

My wife, she goes, ‘Aren’t you supposed to cut your hair soon?’  And I’m like, ‘C’mon, I don’t have any live shows – can’t I just let it grow and see what happens?’

And now it’s getting to the point where I’m like, ‘Ah – I should probably get a haircut…’