Jewel Kilcher has had a hell of a career.... 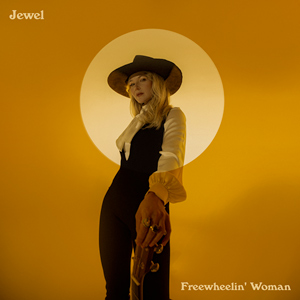 Jewel Kilcher has had a hell of a career, from her folk-pop stardom in the alt-nineties, to electronic pop star mocking pop stars at the start of this century/millennium, to her modern embrace of her country roots. Her endurance of nineties sexism has been reevaluated; she won the sixth season of The Masked Singer. She’s made it far enough to do what she wants, and it doesn’t feel indulgent. Jewel channels her inner soul singer & more on Freewheelin’ Woman.

There is a definite soul vibe to many of the tracks on Woman, such as the pulling through (including horns) of opener “Long Way Round”, the upbeat soul in “Dance Sing Laugh Love”, and the celebration of love’s victory on “Love Wins”. But she also explores herself and her world – of course Jewel’s got a great kiss-off, “Alibis”, but also the resigned acceptance of living today’s “Half Life”. Kilcher even brings some of her old hushed intimacy in “Almost”, even if she gets rather too wrought with “No More Tears” and “When You Loved Me”.

With nothing to prove and acclaim to spare, it was natural that Jewel was going to ease into her own different ways, for she is a Freewheelin’ Woman.