Jim James – Regions of Light and Sound of God 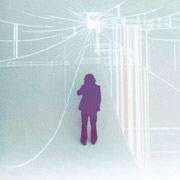 Primarily known for being lead singer of country/southern rock band My Morning Jacket (QRO album review), Jim James has released his first proper solo album entitled Regions of Light and Sound of God.  He previously released a solo EP in 2009 called Tribute To under the moniker ‘Yim Yames’, which consisted of all George Harrison and Beatles covers and then another not-so-solo album last year – this time a Woody Guthrie tribute album, New Multitudes, again from Yim Yames, was recorded with Jay Farrar, Will Johnson, and Anders Parker.

It is obvious from the beginning that Regions of Light and Sound of God is an exercise in freedom for James.  It is a mix of analog and electric the likes of which many fans of My Morning Jacket probably are not used to.  This idea presents itself best on the song, “Know Til Now”.  The foundation is acoustic drums with hardly-affected bass and on top of that are R&B organ parts intertwined with other atmospheric sounds.  The really cool part begins around 4:30 where it shifts into this vintage vibe that continues through to the end.  It is a winner of a track in that it makes you want to immediately go back and check it out a second time.

Its predecessor, opener “State of the Art – A.E.I.O.U.” is an eerie progressive tune that starts out with a simple chord progression plinked out on a piano.  James’ familiar vocals kick in soon after and he sounds like he’s standing in an empty concert hall.  The thing that gives this song its true depth is the lyrics, especially where James pays homage to a familiar lullaby.  They are definitely open to interpretation and alone make this song worth several listens.

One thing that will cause much debate is the album’s title.  Many people will probably ask the question, “So is James a Christian?”  The song “All Is Forgiven” will raise these questions as well.  The bottom line is that there is no simple answer.  Again, it’s open to interpretation and one of the most engaging things about Jim James is that there is more to him than meets they eye or the ear.  He takes the time to provide his listeners with an in-depth and entertaining experience.  Listening to this album once through just doesn’t feel like enough.  It is clear that he has made a work that is true to himself and the true success is that he has made it accessible to his listeners as well.  All too often artists miss the mark on that.

James even takes the time to give us a quick, yet beautiful instrumental track with “Exploding”, which progresses into one of the album’s other gems, “Of the Mother Again”.  This track has a truly joyous yet simplistic feel.  It might be the best example of the assuredly great time James had making this record.

It would be easy to give an exhausting outline of the merits of every track on this album.  It has many layers to chip away and even more discoveries to be made in everything that Jim James is saying lyrically as well as instrumentally.  Go pick up a copy and then bookmark it because you’ll see it again on many ‘Best of 2013’ lists.

Jim James – Of the Mother Again