You might not think that a white guy with really bushy hair and a shaggy beard could bring the funk, but boy howdy, can Jim James groove.... 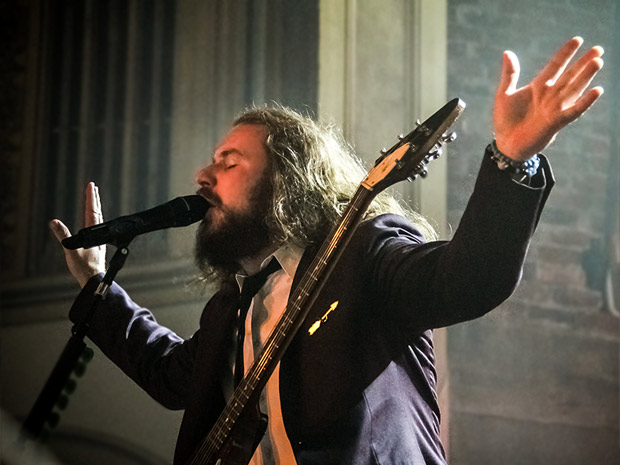 Click here for photos of Jim James from the next night at Neptune Theater in Seattle, WA in the QRO Concert Photo Gallery

Click here for photos of Jim James at 2017 Newport Folk Festival in Newport, RI in the QRO Concert Photo Gallery

Click here for photos of Jim James at Terminal 5 in New York, NY on November 20th, 2016 in the QRO Concert Photo Gallery

Click here for photos of Jim James at Carnegie Hall in New York, NY on November 4th, 2015 in the QRO Concert Photo Gallery

You might not think that a white guy with really bushy hair and a shaggy beard could bring the funk, but boy howdy, can Jim James groove.  And groove is just what he did on Tuesday May 14th at Portland’s famous Crystal Ballroom. 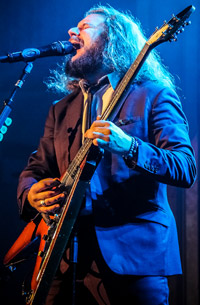 He took the stage, gave a humble bow to the crowd, and off he and his band went.  Starting with the lead single, the hauntingly groovy “State of the Art (A.E.I.O.U.)”, they tore through the entirety of his recent critically acclaimed solo album Regions of Light and Sound of God (QRO review).  They played the entire album in order from top to bottom.  Some might ask, “Where’s the fun in that?  If I wanted to hear the album I’ll just stay home and put it on the record player.”  You’re missing the point, my friends.  James and his backing band were the epitome of a good concert experience, throwing in spontaneous jams and solos between songs.  It was the type of stuff you can only experience in a concert setting. 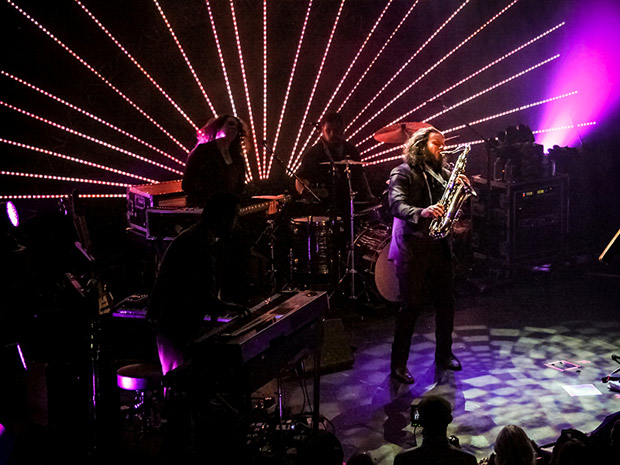 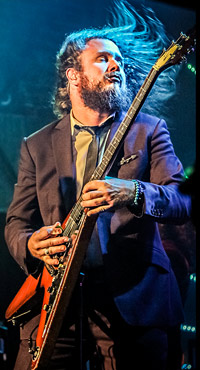 The show was full of surprises like James busting out a saxophone both on and in-between several songs and the drummer, of all people, leaving his drum throne to come down and play a ripping guitar solo on “Exploding”.  James first played the saxophone between “Know Til Now” and “Dear One”, which also featured an awesome band percussion solo leading into a stellar solo by the drummer, which then led into a huge and hard-hitting full band climax. 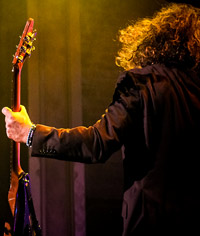 Another interesting element to the show was that James’ famous Gibson Flying V guitar was front and center, yet it was on a stand.  At first, knowing him to be almost as famous a guitar player as he is a vocalist, this seemed strange.  However, it didn’t take long to realize why this was the case.  He was all over the stage dancing about and showing his passion, which goes to show that he is experiencing a creative freedom on this project that he might not have ever known.  And when the mood struck and a ripping guitar solo needed to be played, the guitar was right there for him to run over to and rock out just the same as if it were strapped to him. 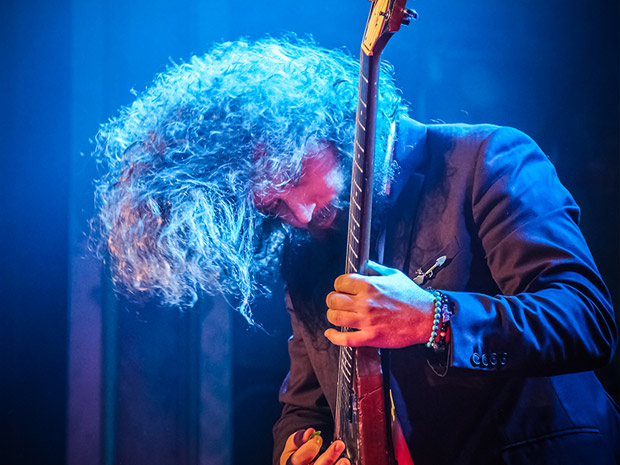 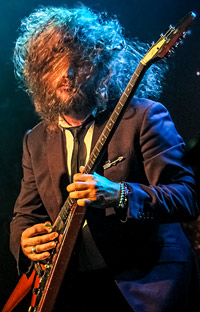 The show’s encore was just as epic and almost as long as the first part of the evening.  It was six songs and comprised of many fan favorites from James’ other musical involvements.  The first song was My Morning Jacket’s “Wonderful (The Way I Feel)”, which was from their most recent studio album Circuital (QRO review).  The next was “Dear God (Sincerely M.O.F.)”, and saw another saxophone appearance.  That, and the next three songs all came from the popular Monsters of Folk project (QRO album review), in which James was involved back in 2009 with Conor Oberst, Mike Mogis, and M. Ward.  The last song of the evening – some might say – was a bit more of an obscure selection, having come from James’ (under the moniker ‘Yim Yames’) involvement in a 2012 Woody Guthrie tribute album entitled New Multitudes. 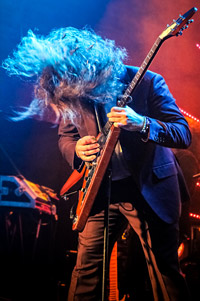 One of the most interesting – and possibly most respectable – elements of the evening was that, other than singing, James literally said nothing into the microphone the whole time.  There was no stage banter, there were no cheesy jokes, and there wasn’t even any schmoozing of the crowd with obligatory speech about how much he liked our city.  Nope, he simply did what he came to do, which was put on a great show.  And he definitely succeeded. 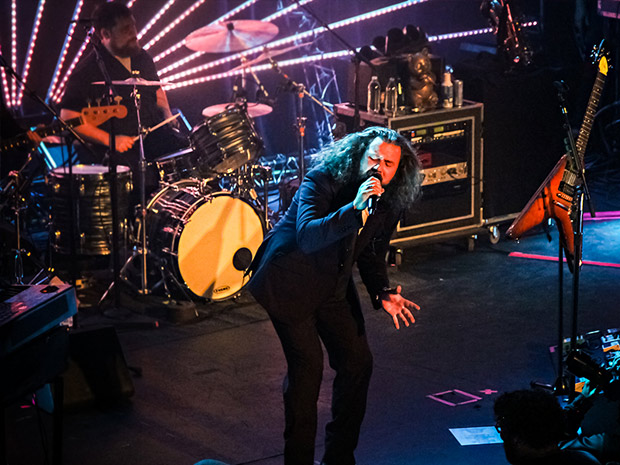