There isn’t one genre to categorize the sounds of John Butler Trio.... 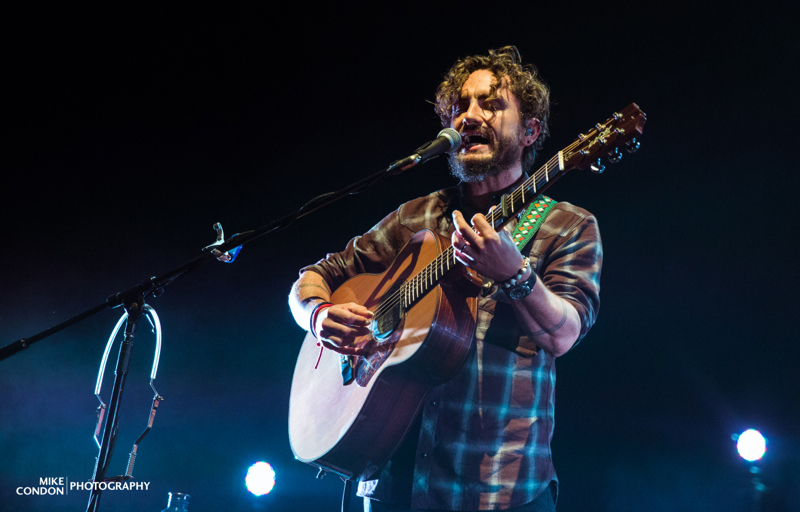 Click here for photos of John Butler Trio at 2017 Lockn’ Festival in Arrington, VA in the QRO Concert Photo Gallery

There isn’t one genre to categorize the sounds of John Butler Trio. Some will say folk, some rock, and others will lean towards bluegrass or roots. For an easy answer, many would chalk them up as a jam band. None of these would be wrong, and are in some capacity what molds this group. What is still difficult to grasp is how more people haven’t heard of them yet and are still asking who guitarist/vocalist John Butler is.

Coming off their sixth studio album, Flesh & Blood, John Butler along with members Byron Luiters and Grant Gerathy, finished their US tour at the Blue Hills Bank Pavilion in Boston on Saturday, June 21st, before jet setting to Europe for several shows. With support from the soulful Washington state native Allen Stone (QRO photos), those who attended were in for a perfect first summer night in the city of Boston.

For a musician as talented as John Butler, one would imagine a close to sold out show; however this one clearly was looked over by many. From a few glances around the venue, it looked as though half of the space was empty. This had absolutely no bearing on either the fans in attendance or the band members, as both sides fed off either the lively dancing or the past and present favorites being played on stage throughout the night. 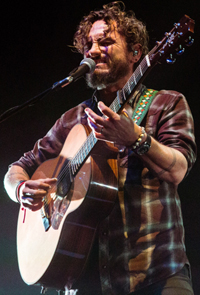 The majority of the set was filled with new songs off of Flesh & Blood including “Cold Wind”, “Devil Woman”, and “Blame It On Me”, but the loudest response from the new album came during “Only One”. Old favorites such as “Used to Get High”, “Fire in the Sky”, and “Better Than” were played early on in the set to ensure they spanned the full John Butler Trio catalog. The biggest roar came before, during, and after the twelve-minute song “Ocean” – and for good reason. A John Butler Trio concert without this instrumental piece would be incomplete and would most definitely snub first-timers. To see this song live with thousands of others is quite a scene. At other shows, you’d typically see fans darting for the bathrooms during a long instrumental piece, but it’s quite the opposite when “Ocean” begins.

Recognizing they had played “Losing You” the last time while here, Butler thought it’d be better to bring back “Peaches and Cream”, while remarking that it’s a little more happy than the aforementioned. The night couldn’t have been more upbeat during the last song, “Funky Tonight”, when everyone, young and old, found their dancing shoes and ended the night on the perfect note.

A true and talented, raw musician like John Butler is rare to find these days. On top of the aforementioned, the man is an avid activist, particularly with his stance on saving the Kimberley in Western Australia (he did mention they were successful with this campaign). Instead of asking who John Butler Trio is and what they sound like, pop in a couple of his tracks and try to define this group. It’s ok if you can’t because you’ll still be hooked on their music. 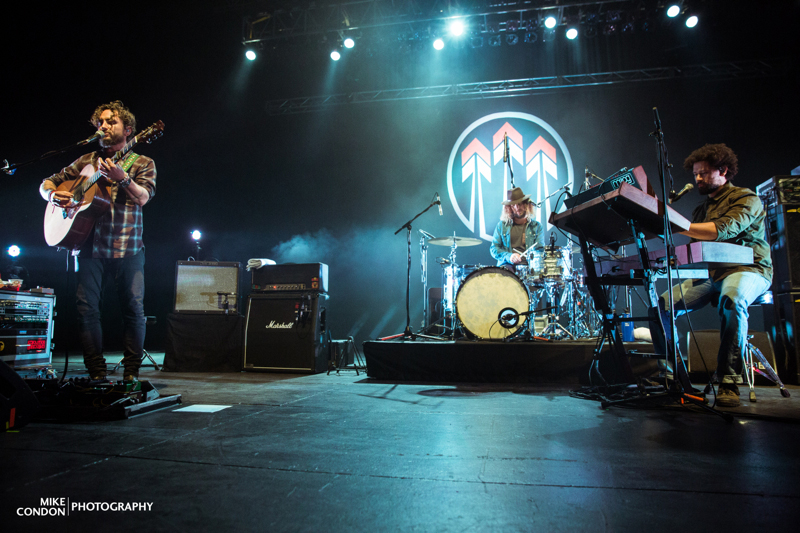