Three men hit the stage at Wonder Ballroom, clad in mostly black, on a mission to stir up a raucous revival. ... 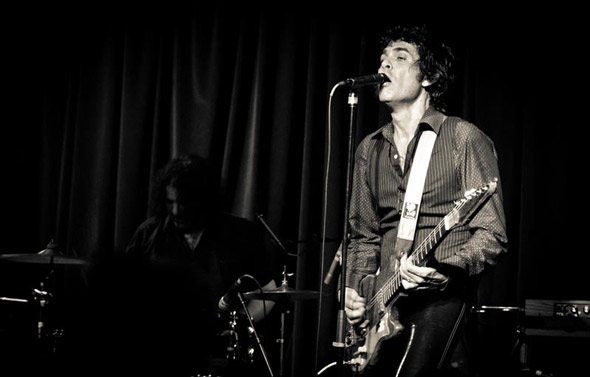 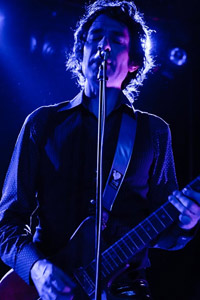 Three men hit the stage at Wonder Ballroom in Portland, OR on Thursday, August 18th, clad in mostly black, on a mission to stir up a raucous revival.  The skinny, white preacher man, clad in tight, black vinyl pants is here to tell you: “The Blues are Number 1”.  Jon Spencer Blues Explosion, hailing from New York City, have been shaking up the people with their blues laden punk rock for over 20 years.  Once you feel the vibration of Russell Simins’ powerful drums in your bones, when you see Jon 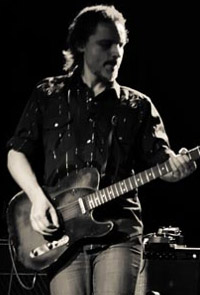 Spencer hovering over you, proselytizing in a rock ‘n’ roll fury; unless you are dead, it is impossible not to feel the power deep down in your booty.  The crowd was frying like bacon, possessed with the spirit, screaming and intoxicated. 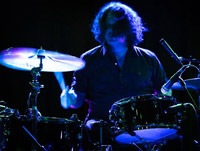 The lyrics of a Blues Explosion song are 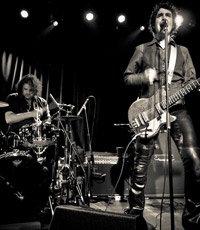 almost secondary to the performance itself.  Spencer could be singing about ice cream flavors.  He’s got that rock star swagger.  He howls, screams and moans in sexy 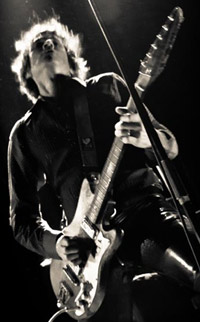 rock star tongues, mesmerizing the crowd.  The delivery is everything and the band is a well-oiled machine.  Down to every note, Judah Bauer, having (a bit surprisingly) grown to resemble Viggo Mortensen is stone cold in his delivery and spot on with his finger work.  Simins may be Animal’s distant cousin.  He is loud, relentless and aggressive, pounding the skins like a Voodoo drummer performing a ritual.  Jon Spencer only has to play the first guitar riff of “Orange” to get the whole crowd eating right out of his hand.  His is a commanding presence.  Together they are a dynamic, power trio dripping with sweat hard earned.  Their raw energy, undeniable talent and sheer showmanship have kept them filling concert halls all over the world.

Jon Spencer Blues Explosion unapologetically set the stage afire tonight, just like when this writer first saw them in 1993.  They will probably still be rocking out just as hard when they are 80.  One can only hope that Jon will still look as good in his vinyl pants when that day comes. 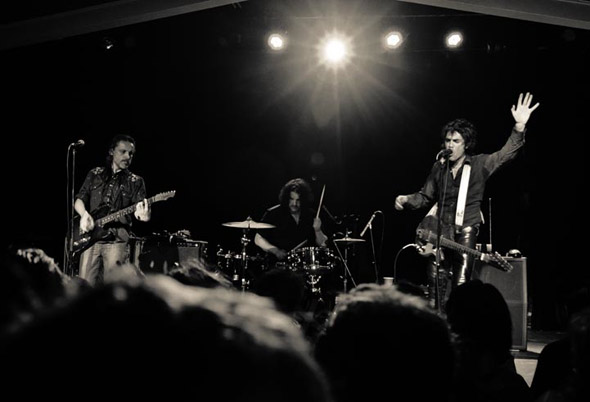