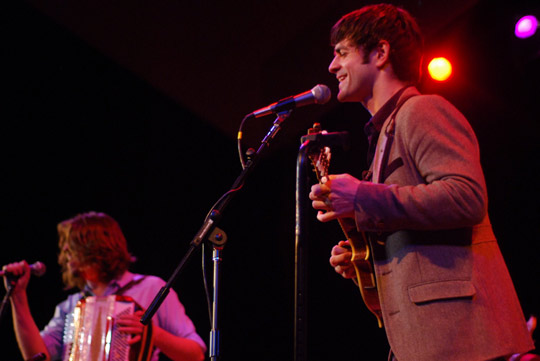 Click here for photos of Jones Street Station (as The Jones Street Boys) at their monthly show at Housing Works Used Book Café in New York, NY on September 5th, 2008 in the QRO Concert Photo Gallery

Being the first opener at a big show in a big venue is always a tricky thing, and it’s doubly hard at New York’s Town Hall (QRO venue review), a seated venue that starts early (i.e., on time…).  What crowd that is there is sitting down, older and less likely to have heard of you.  But Jones Street Station (formerly The Jones Street Boys) made it work at their second night opening for Ben Kweller (QRO photos) & The Watson Twins (QRO photos), on Wednesday, February 25th.

The Jones’ alt-country/folk rock does fit very well with your Watsons and your Kwellers, whether sad & stripped or up-tempo good times, and the Station delivered on both counts, starting with the fun.  “Last Time” paradoxically began their set, the up-swinging country/blues toe-tapping, and the band followed that piece from 2007’s debut LP, Overcome, with two from their tour EP/primer for upcoming second full-length, in “Slow Lights” and “Flyover State”.  While the obvious down-home fun of “Flyover State” can easily steal the show, even – or especially – in New York, “Slow Lights” could not be overlooked, as it combined that catch & fun with meaning and artistry. 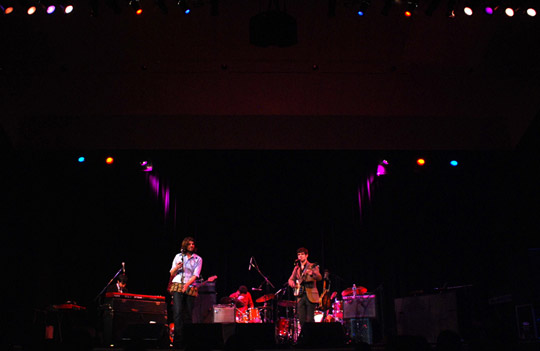 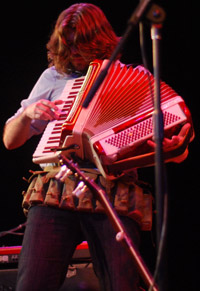 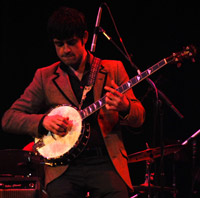 From there, the (ne-) Boys moved on to some new songs that were good, but didn’t quite have the spark of the first three.  The sad, slow country-twang of “Neville” was a nice change, but a little pale in comparison with the “Flyover” that preceded it (though did have a good shout-out ending), and the whole lotta country-twang of “Front Door” didn’t vary enough.  But then the band returned to the country-fun with the new “Victoria”, and capped the night with the two most beautiful songs, the tour EP’s “Evergreen” and Overcome’s “Tall Buildings”.  “Evergreen”s high, choral, alt-folk/country beauty is just done right (as opposed to, say, the over-rated Fleet Foxes – QRO album review), and “Tall Buildings” is still the band’s classic closer: all six of the Station step out onto the lip of the stage, playing acoustic with only the support of a harmonica and guitar.  The ode to the sadness of what is lost when you go to work in the city was only amplified by taking place at Town Hall, thanks to its Midtown location, just off Broadway – i.e., right amongst those very ‘tall buildings’. 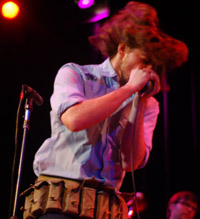 The Jones’ joked before “Buildings” that they’d never played a venue that big, and “This sounds alright in our

rehearsal space…”  The six engaged well with the crowd, which thankfully grew
as their set played on – their remarks that five of them come from ‘flyover states’ naturally drew lots of cheers (as did
them announcing that singer/pianist Jonathan Benedict came from New Jersey – if you’re flying into NYC from anywhere outside the northeast, you’re bound to travel over the Garden State…).  The group also had a nice stage presence – they had more members the Twins or Kweller, including harmonica, banjo, even accordion…  Doing the not-flyover Northeast Corridor with Ben Kweller & The Watson Twins, Jones Street Station should open up well. 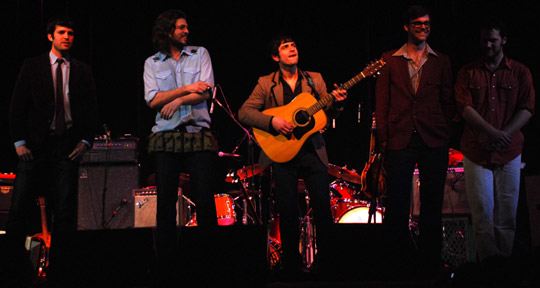