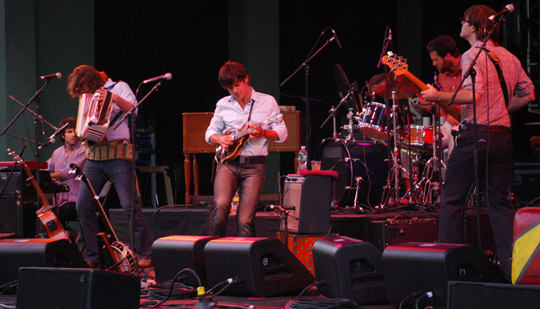 Click here for photos of Jones Street Station (as The Jones Street Boys) at ‘Live From Down Home’ at Housing Works Used Book Café on September 5th, 2008 in the QRO Concert Photo Gallery

When they played Prospect Park Bandshell on Friday, August 7th as part of this summer’s Celebrate Brooklyn! festival (QRO Festival Guide), Jones Street Station had every reason to be nervous.  They were playing the biggest stage in the five boroughs this side of CitiField – and they just happened to live down the street from the Bandshell, so no extra hometown pressure there…  They were playing in the run-up to the release of their new In Verses (QRO review), but that meant that they were doing mostly new music, which the audience might not have had an opportunity to hear before.  That audience contained a lot of families and kids, most still filtering in at the 7:00 PM-sharp start time.  And JSS were opening for the mainstream-popular Grace Potter & The Nocturnals (QRO photos – so popular that U.S. Senator Chuck Schumer – QRO photo – took time out of celebrating the confirmation of Supreme Court Justice Sonia Sotomayor to celebrate Grace Potter as well).  And, of course, there are always hipsters out in Brooklyn, knives unsheathed, wanting to pounce on a band that doesn’t hew to the ‘indie above all else’ mantra.  But Jones Street Station is a band that’s comfortable, wherever they are. 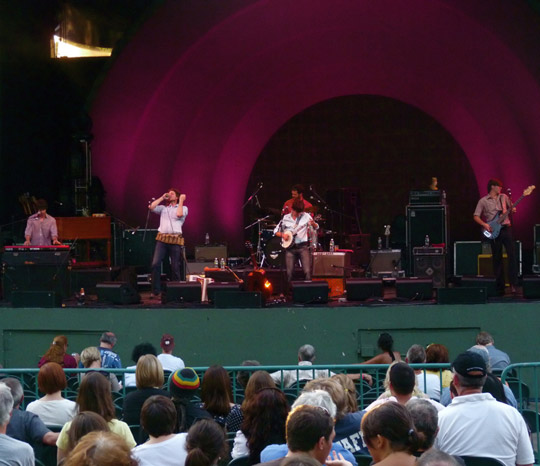 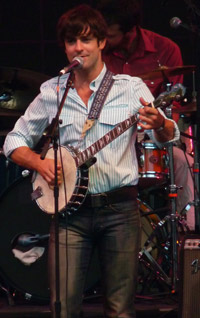 It certainly helps have great Americana rockers like “Slow Lights” and “Flyover State” (from In Verses), which the band hit up early – and their time-tested introduction of themselves before “Flyover”, saying how they’re all originally from the Midwest – “Except [singer/keyboardist] Jonathan [Benedict], who’s from Midwestern New Jersey, so 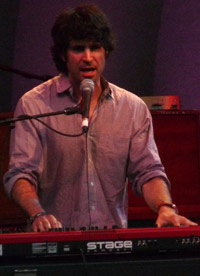 that’s okay…”  They did seem to weight the early part of their set towards their more rock side, leaving singer/guitarist Danny Ecker’s more stripped, and really heartfelt songs (one dedicated “to my favorite lady, sitting in the front row”) like “Evergreen” (written in honor of his sister, after much difficulty, having his first nephew, “his ‘arrival on the scene’ – to the terror of my entire family…”), with only Benedict’s “Oh Victoria” and the rockin’ group climax to “Neville” breaking it up. 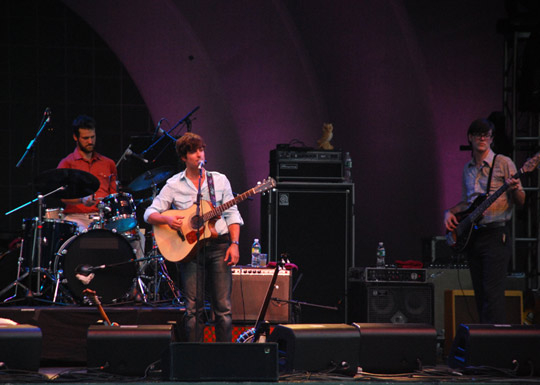 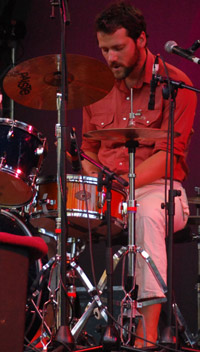 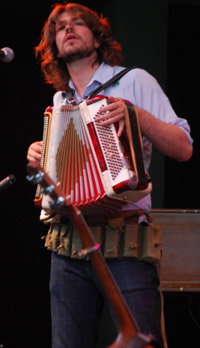 But Jones Street Station were comfortable on the massive Bandshell stage (QRO venue review), while being in awe as well, as drummer Sam Rockwell said how great it was to play on the same stage where they have seen “some of our best memories.”  Ecker did have some trouble with his banjo (“Listen, folks, never play the banjo on stage; it’s a disaster…” “It’s really playing it anywhere…” Rockwell rejoined), and bassist Walt Wells had a little too much room to wander, over on 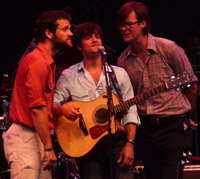 stage-left (no piano to tie him 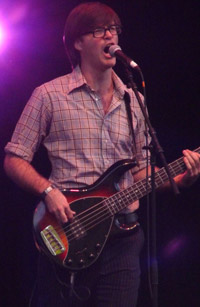 down like Benedict).  But the band felt at home enough to end their set with them all walking to the front, backing up singer/accordion & harmonica-player Jon Hull for “a song about living in New York and having to work, while you try to make some art”, “Tall Buildings” (sharing two mikes, forcing Ecker to “try to be as tall as possible while these guys sing with me…”).  Okay, it wasn’t a-cappella like they usually do, even in tall buildings like Town Hall (QRO venue review), but this was outdoors in the light of an early summer evening – still a perfect place for Jones Street Station. 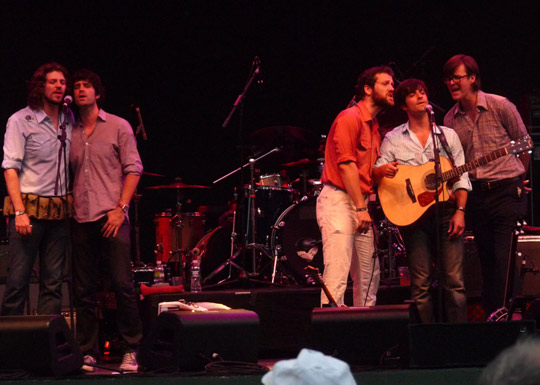 Blacklist : Midnight of the Century