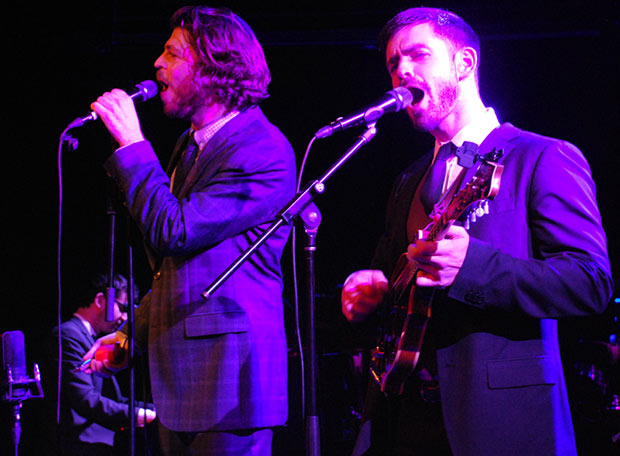 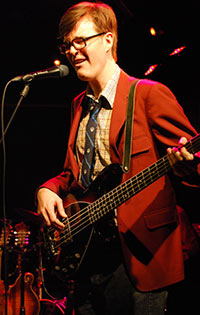 of Community for the video.  That introduced the Midwest-by-East Coast boys to the West Coast Community – including rapper-on-the-side Donald Glover (a.k.a. Childish Gambino – QRO photos) and singer-in-her-bedroom Alison Brie (also of Mad Men).  JSS went Hollywood, played L.A., were mentioned in an article about ?uestlove, & more – and on Saturday, April 7th, it all came full circle as they played (le) Poisson Rouge with Alison Brie & her Girls as opener. 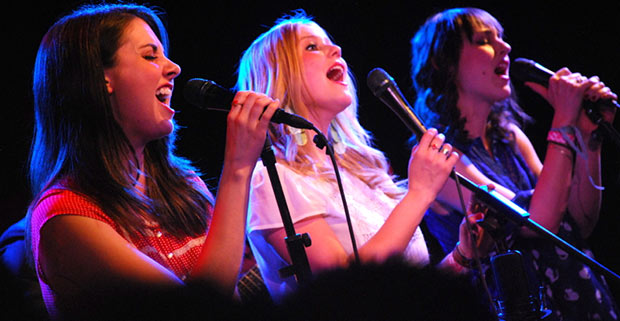 Click here for photos of The Girls, with Jones Street Station, from this show in the QRO Concert Photo Gallery

‘The Girls’ are Brie and her friends Cyrina Fiallo and Julianna Guill, with backing from most of Jones Street Station ("I don’t know if you noticed, but these guys played ALL the instruments…" one of The Girls mentioned in their thanks to their boys).  "We didn’t write any of these songs," The Girls said at the start, as this was more of a special one-off performance that Jones Street had suggested to Brie 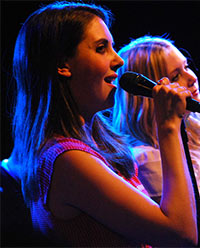 ("My album isn’t dropping anytime soon" she said in an interview with Hobotrashcan.com before the show).  Still, there was no disputing her as a draw, from (le) Poisson Rouge (QRO venue review) making sure to include her in the show listing to the shouts of "Yeah, Brie!" from one rather drunk fan (even when she wasn’t on stage).  They & Jones Street did a collection of country-bluegrass covers, and did them well – you already knew the boys had the skills, but The Girls also impressed with their pipes, closing with Alabama’s "Dixieland Delight" (they also had some pretty funny banter, from "bringing it down" when it had already been brought down, to dedicating a song about a rich girl to randomly-picked name "Karen" – "You know who you are…")

Having a double-star of the small screen and current ‘it girl’ in your opener did mean that the crowd was a little less into the headliner.  The audience wasn’t as tight for Jones Street as they were for The Girls, and one could definitely hear chatter when the band entered quiet portions of their songs (which they often do, as JSS know how to properly bring it down…) – especially from the back V.I.P. area (where Brie was, of course, being hit on by some sleazy-looking guy – or maybe your correspondent was just jealous…).  But JSS were ambitious, doing a "revue" of sorts, mixing new songs with already-released ones & more. 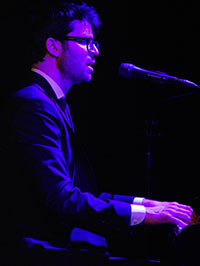 They still opened with their easiest audience-pleaser, "Flyover State" – just in case you thought Jones Street Station had gone too Hollywood.  Another great early song also from 2009’s In Verses (QRO review) that they played early on was "Slow Lights", though its presentation was somewhat marred by its singer Jonathan Benedict being over on the house-left side, out of the spotlight’s reach, with his back turned to the audience – all because he was playing piano (the only non-Midwesterner in the bunch, who also wasn’t on stage with The Girls, always gets the short shrift…).  JSS also did some numbers from the more recent The Understanding EP (QRO review), including "Breathe", "Tomorrow Tonight", and later on, of course, "The Understanding".  Brand new songs in the first half included soft & sweet numbers such as "You Can Wait" and the bit darker, even portending "Half Life", plus the fun uplift of "Roads" and backwoods hootenanny on "Ophelia". 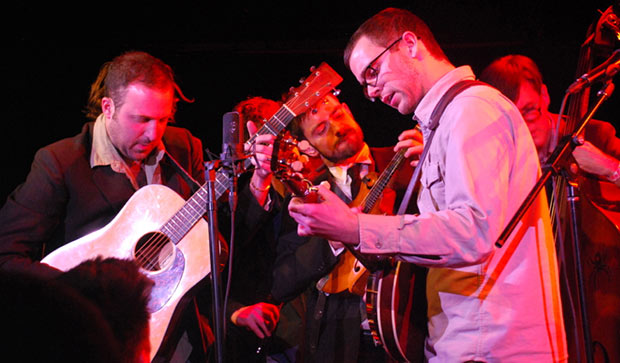 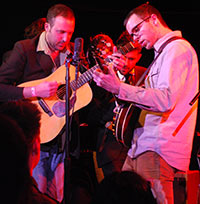 In the middle of the set, flowing nicely out of "Ophelia", Jones Street stripped down and added on by inviting some "low down characters" to join them on stage, all huddled around one microphone, for some authentic bluegrass – "One microphone, bunch of dudes, all trying to hog space on the microphone…"  Various musicians, JSS and "low down" (Rick Hauchman on guitar, Bennett Sullivan on banjo, and Jason Fiddle on, yes, fiddle), took turns playing their traditional instruments (only ever-humble bassist Walt Wells stayed put, but he was playing an upright), including banjo and fiddle.  They did three songs like this, the instrumental "Whitewater", spiritual "Dark As the Night", and hootenanny "Free Born Man", before returning to their original set-up for more Jones-ing. 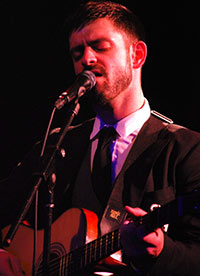 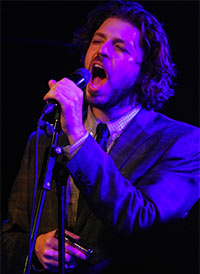 The backside of the show featured even more new JSS, not mixed, but straight up.  "Last Time" came out of the bluegrass with more jig-making (and would be a great closer, if the band didn’t already have a killer one – see below), and was followed by the self-described "bubblegum pop song" "Wish You Looked" (actually still country, but also catchy).  And for the new "Ciceron", Jones Street headed even further south, south of the border, singing entirely in Spanish (and this night was the first time the full band had done it).

However, Jones Street Station still wrapped up the evening with better-known chestnuts – the great "The Understanding", In Verses‘ sweet & moving "Evergreen", and their traditional closer, "Tall Buildings".  Like always, the group abandoned their microphones (& most of their instruments) and headed to front of the stage to do "Tall Buildings" completely acoustic (not even a bluegrass-style one mike…) – and yes, invited Brie & The Girls on stage to join them (the crowd even finally got to see Benedict’s face…). 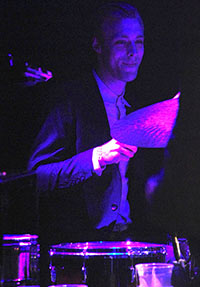 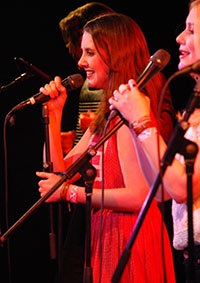 But it still wasn’t over, as Jones came back for an encore (after "paging [new drummer] Tim Morrison") for a bonus cover of Cream’s "Sittin’ On Top of the World".

Who knows if The Girls will do another performance (hell, who knows if Community will get renewed – though it did return strong in the ratings as well as quality after its unwanted hiatus).  But Jones Street Station are headed from here into the studio, with a great bunch of new songs & much more. 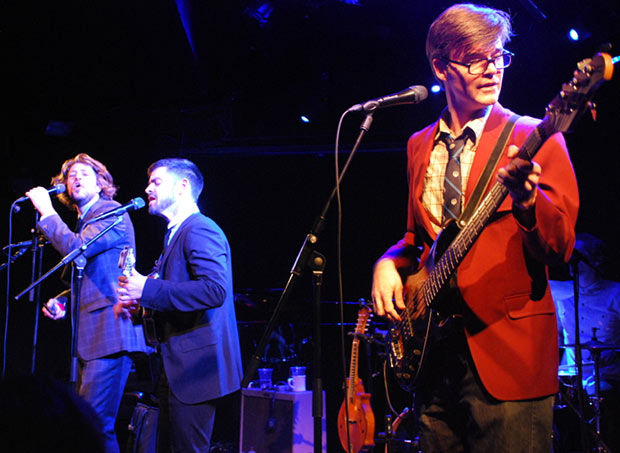 Dirty Three : Toward the Low Sun