At the start of a tour and after finally releasing No One In Control, Jordan Jeffares of Snowden talked with QRO.... 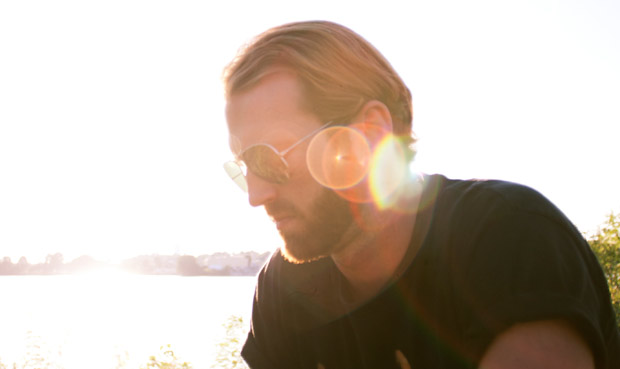 At the start of a tour and after finally releasing No One In Control (QRO review), Jordan Jeffares of Snowden talked with QRO.  In the conversation, Jeffares talked about the new album, why it took so long and how that affected the record, still playing the old songs (and mixing between the new & old), avoiding playing South-by-Southwest (despite being a local), plans for the next record (of course…), and more…

QRO: How does it feel to finally have No One In Control out?

QRO: Not to be too forward about it, but what took so long?

JJ: Finding a method for proper release – it took forever to get the record out properly, because you only get one shot to release it.

JJ: Getting out of contract with Jade Tree took about a year, and then I started looking for the next way to release, and Kings of Leon (QRO album review) had this new label (Serpents & Snakes), and they started talking to me about it in 2009.  It took about a year just to negotiate that – actually it took two years – and then it took a year-and-a-half once I signed to finally put the record out.

QRO: How hard has it been on you, to not be able to get these songs officially released?

JJ: Extremely hard.  Snowden is my full-time thing, so not being able to put out music for so long, it’s been one of the great tests of my life.

QRO: When were the songs originally written”

Snowden is my full-time thing, so not being able to put out music for so long, it’s been one of the great tests of my life.

QRO: And when were they recorded?

JJ: I’ve been recording and cutting the demos, the tracking for the record, I’ve been doing for a while.  We finished up in Michigan in the winter of 2011.

QRO: With all of that time, has it been difficult to keep yourself from over-tinkering with the songs?

JJ: That’s what I do best…  With nothing but time, all I did was continue to revise and re-work songs.  A lot of these songs are on their third or fourth, fifth version.

QRO: Were you ever at a point where you thought, ‘Okay, I just shouldn’t mess with them anymore…’?

JJ: No, I never got to that point.  I kept messing with them until it was time to go into the studio, and then, at that point, I decided that I would rely with Bill Skibbe, the guy I worked with, I would let him make calls on anything, trust his judgment.

QRO: With all of that time, were there a lot of other songs written that didn’t make it onto the new album?

JJ: Yeah, I’ve got another album or two’s worth.  Possibly a good thing that it was delayed – that way I kept tossing off weak ones and putting on other ones.

QRO: How hard has it been to not get bored playing the old songs?

JJ: Well, actually, it’s easy ‘cause I’ve got different guys that I’m playing with now, so it’s still fresh to them.

I just enjoy giving people a show, and people wanna hear – I mean, even though we don’t have any ‘big hits’, they wanna hear the ‘hits’, stuff that they know.

JJ: I met Mikey [Jones] when his band was opening for us some place, and I met Yoi [Fujita] at a restaurant I was working at a few years ago.

Mikey drums for Swervedriver, Adam Franklin’s solo band Bolts of Melody, and Heaven, a New York band, and he also drums for The Bittersweet.

QRO: Why did you move from Atlanta to Brooklyn, then Brooklyn to Austin?

JJ: My brother and I were just looking for a change.  We’d lived in Atlanta for all of our lives.  Our lease was up on our house.  We decided, ‘Let’s try New York for a year.’  So we did.  We lived in New York for exactly one year, and then our lease was up there, and we weren’t digging on the lifestyle of New York, so we went to Austin.

QRO: What drew you to Austin?

QRO: What’s it like when you play Atlanta now?

JJ: Atlanta’s always the same.  We’ve been playing the same venue there (The Earl), in this holding pattern that I’ve been in, for five or six years.  The shows are always full, but…

QRO: Has it been tough on tour to play the same places for years?

JJ: Yes.  Well, it’s not tough to me, because I’m grateful to be playing at all.  Even with my small following, I’ve made it further as a musician than most people do.  Yes, there is that feeling of, ‘Wow, it would be nice if we could graduate to the next level,’ but at the same time, I have to be grateful for what we have.

QRO: What’s South-by-Southwest (QRO recap) like for a local?

JJ: It’s annoying.  It’s traffic; it’s people…  I haven’t enjoyed South-by in quite a while.  It’s gotten too much.

The only upside is at least I can go home to a nice bed, as opposed to everyone else who’s on floors everywhere…

QRO: Why didn’t you play more at SXSW this year?  I was kind of surprised you weren’t playing more – was that just because the other guys weren’t there?

JJ: No.  I hate playing South-by because it’s three minutes to set up and play four songs, and then you’re kicked off stage, even your gear.  There’s no parking; you can’t get anywhere.  It’s miserable.

QRO: What about other industry festivals, such as CMJ (QRO recap)?

JJ: With CMJ, though, most bands aren’t trying to actually play eight shows, like I did one time and then decided, ‘Never again.’  CMJ, I feel like we usually one or two.  We play a show, but not try to cram in.  ‘Cause you’ll get offers – you’ll get tons of offers.  But you learn how to turn them down.

QRO: Why do you have the set list so much ‘one new song, one old song’ all the way through?

JJ: That way, just in case people, if they don’t know the new stuff, you don’t keep them too far from old tracks that they can sing along to.

QRO: Do you think, now that the record’s out, sometime in the future – not this tour, but sometime try doing it differently?

JJ: The next tour, I can probably set up a set list however, but this one… You always hear about bands…  If you’re Wilco (QRO live review), you can do whatever you want, but some bands, you wonder, and I wonder, “Do people wanna hear what they know, do they know the record yet, will they know it at the end of the summer?”  I think the latter.

QRO: What are your plans after this tour?

JJ: I am going to take a month off, probably start working on the next record.  I never really stop working on music, but I’ll probably buckle down and get in the mode for the next record, and get a chunk out pretty quickly.  Because I have a deal, a record contract, and everything is set up this time to do the next record.  It’s a lot easier to make a record when there are finances, when it’s financially feasible.

QRO: After all the experience of getting the last record out, are you just raring to get the next record out?

JJ: I want to get the next record out because I want to write a record quickly – quickly for me – I want to write a record and not overthink everything.  I just wanna write fast because, in the past, I read this quote, I think it was Frank Zappa, or might have been one of the guys who recorded The Ramones, but his little thing was like, “Work cheap and work fast – the only way that you can make anything interesting.”

Snowden is my full-time thing, so not being able to put out music for so long, it’s been one of the great tests of my life.

Because the first idea is often the better one, and then if you try to go back and clean things, and revise things, you end up sometimes watering them down.  I’ve seen what happens – this record is the result of a sustained amount of tinkering, and the next record will be much more shot from the hip.

QRO: For the next record, will you be using songs that you already had written for No One In Control?

JJ: Yes, there will be tracks that couldn’t work quite getting the exact thing we wanted in the studio.

QRO: What new songs do you particularly like playing live?

See also them playing “Innocent Heathen”, “Between the Rent and Me”, and “Lemon Peel”