<img src="https://www.qromag.com/wp-content/uploads/2009/12/julianplentidec1a.jpg" alt=" " />On the first day of Christmas, Ireland had the wonderful privilege of warming up Julian Plenti for his first visit - solo visit - to... 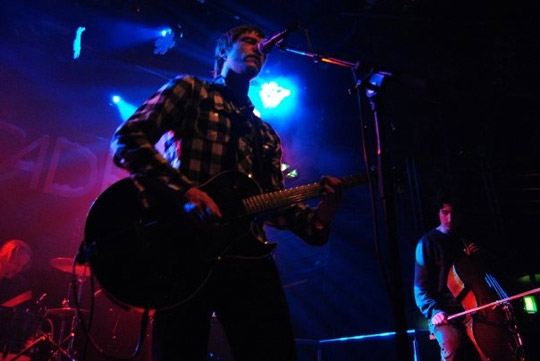 On the first day of Christmas, Ireland had the wonderful privilege of warming up Julian Plenti for his first visit – solo visit – to European shores, at The Academy in Dublin.  And what an opener it was, with big smiles and warm hearts, from both Plenti and crowd, despite the cold outside.

Differing from Julian Plenti’s usual gang of ‘Interpudlians’ (a term coined by Sam Fogarino, a counterpart of Plenti’s other musical hit concoction, Interpol – QRO album review) the crowd drifted in from 7:00 PM, when doors opened.  There was great anticipation but a buzz in the air as all awaited to see the solo efforts of this New Yorker renowned for his partaking in his usual offerings of melancholy. 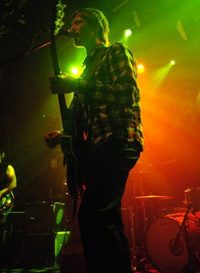 However, the night couldn’t of differed more.  Julian Plenti isn’t simply Paul Banks of Interpol; he is an original musical creation, an individual who couldn’t be more different from Interpol.  Although most of the crowd was indeed Interpol fans, as murmurs of the band dispersed from the crowd, all was forgotten when Plenti wowed the crowd with a mind-blowing show.

Opening the set with "Mythsizer", the mood was set with anticipation growing.  Plenti dipped into his album (QRO review), wholeheartedly grasping the tracks by their roots and exploiting the raw emotion underpinning each track, from faster tracks such as "Fly As You Might" to those slower tracks such as "On the Esplanade".

The crowd listened attentively and although this may have been one of the bigger venues Plenti has played so far on his European tour, this 700 capacity venue held a strange sense of intimacy, as the crowd was captivated by the devotion of Plenti and his backing band.

Plenti was joined by a bassist, a greatly animated second guitarist (perhaps Paul/Julian does indeed have a fetish for dancing guitarists?), a drummer and musically most notably a cellist, who added a real sense of depth and feeling to songs off Plenti’s record, …Is Skyscraper.  The emotion conveyed was almost unbearable, but was greatly received by the crowd, who were up in arms after each individual track.

Julian Plenti and band were too seen to be enjoying the show immensely, with JP commenting how amazing the crowd was and bringing the house lights up.  Unlike in any Interpol show, Plenti and his band were lively, animated, and out rightly enjoying themselves.  The charisma poured from Plenti more than ever before as the crowd received Plenti with open arms.  This was heightened even more with a short but romantic rendition of "Let It Snow".

Each song was truly individualized and it was visible how the puzzle pieces of each track came together.  Skyscraper was a prime example of this, with the layering and musical piecing a little reminiscent of a band JP might too familiar with.

The mentions of Interpol are frequent, but after being in one of the most successful independent bands of the noughties, but Plenti has more than proved that he can cut it as an independent artist, as well as demonstrating a real rock star stage presence with a great sense of charisma and charm.  The package is sealed. 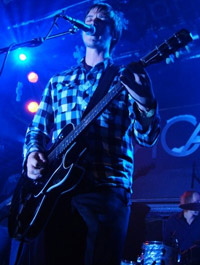 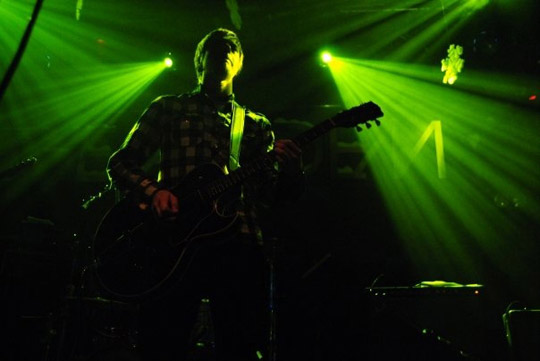