Two days and nights of music from reliable hit-makers, gourmet food and drinks, and exhibits worthy of Art Basel all served up on a luxurious Caribbean beach. Turns out... 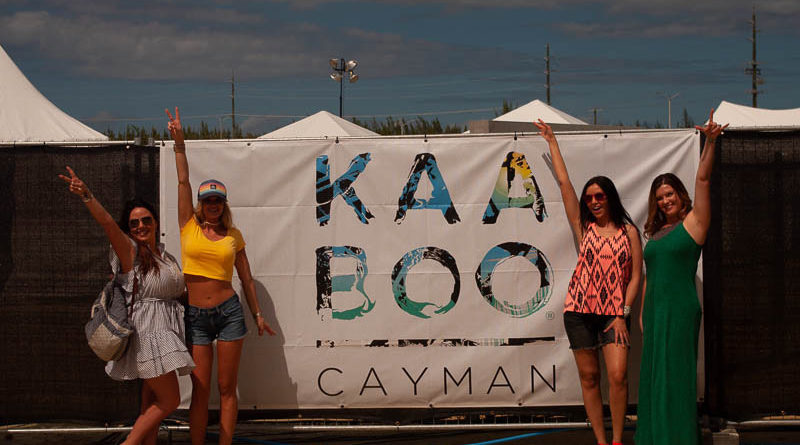 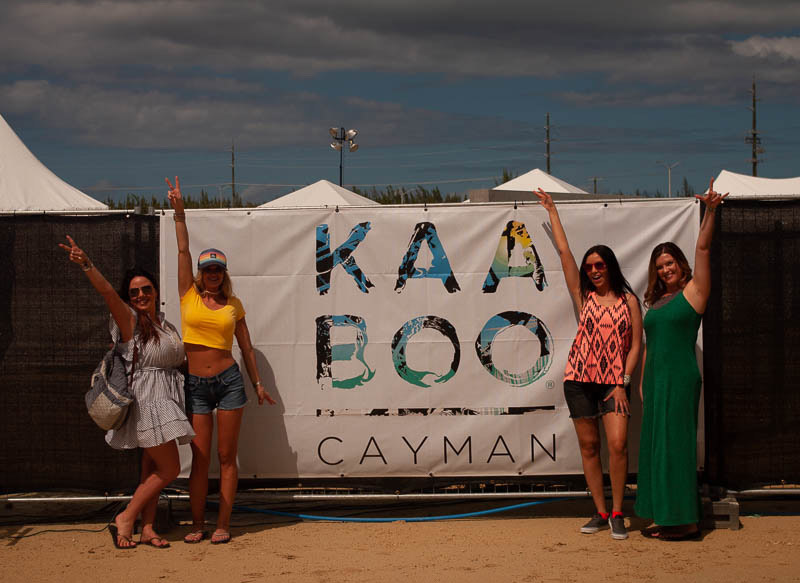 Two days and nights of music from reliable hit-makers, gourmet food and drinks, and exhibits worthy of Art Basel all served up on a luxurious Caribbean beach. Turns out it is possible after all.

Left in the capable hands of the organizers of KAABOO Del Mar, the inaugural KAABOO Cayman was a phenomenal success for everyone involved, Friday & Saturday, February 15th & 1th. 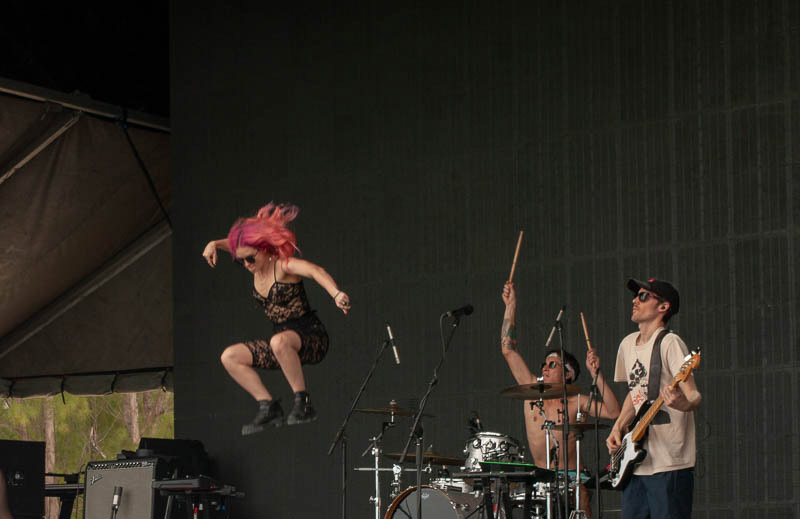 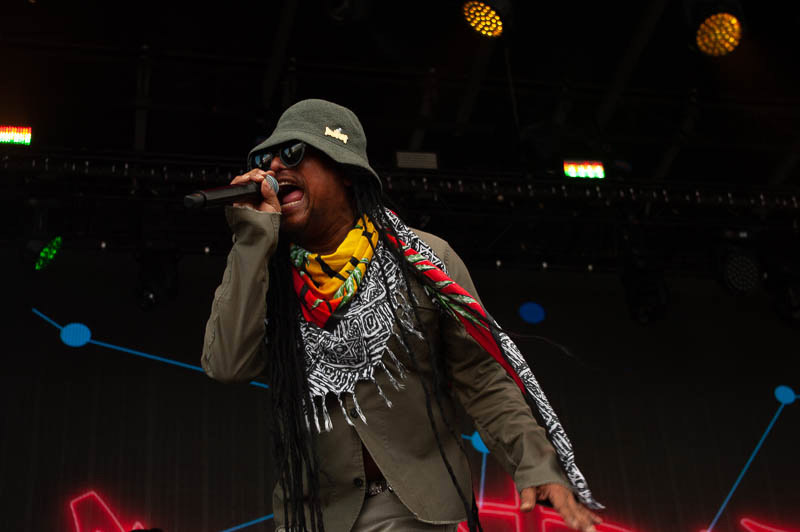 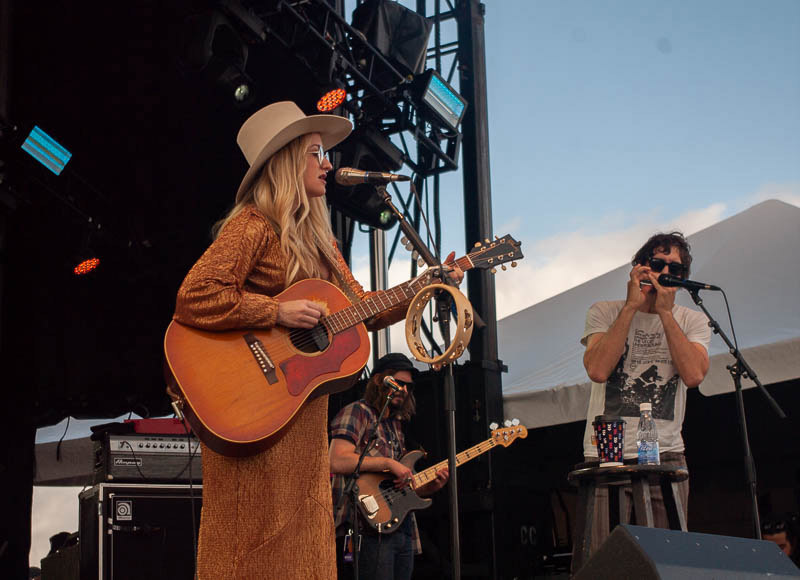 A once vacant 50-acre lot was turned into a multi-million dollar event venue on the golden sands of Grand Cayman’s Seven Mile Beach. The development featured a now level plot covered in gravel and sod that made the walking and lounging quite comfortable. Close to the water were palm trees strung with lights and hammocks strung between the shady palms. These were perfect for lounging between sets. As if the developers planned it themselves, there were cool breezes most of the day to blow away any heat. 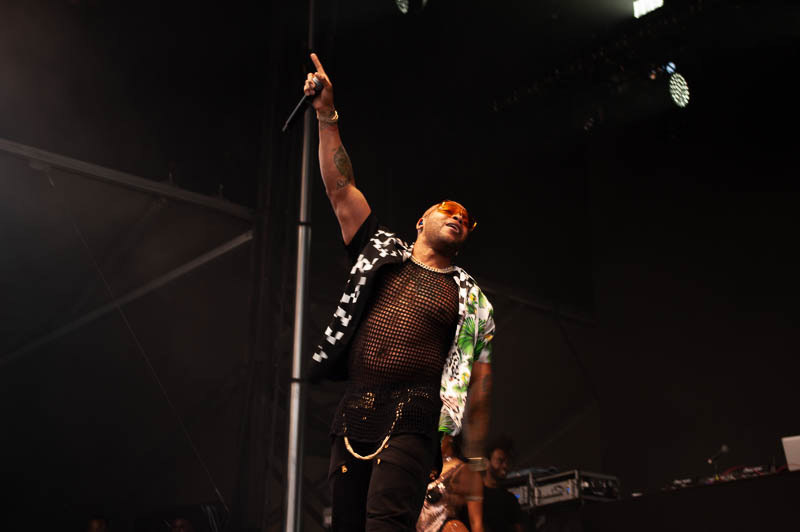 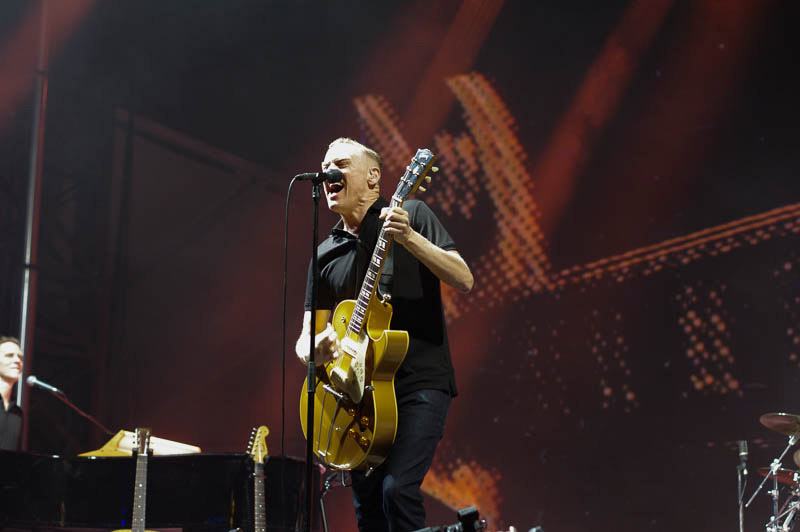 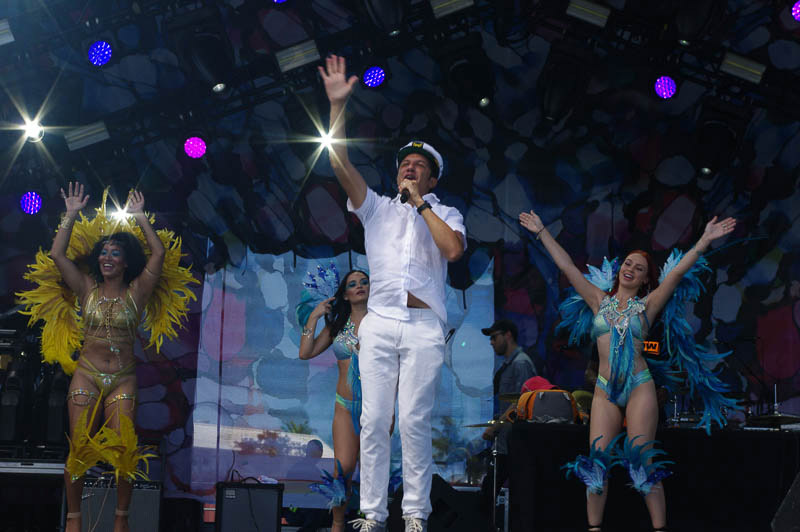 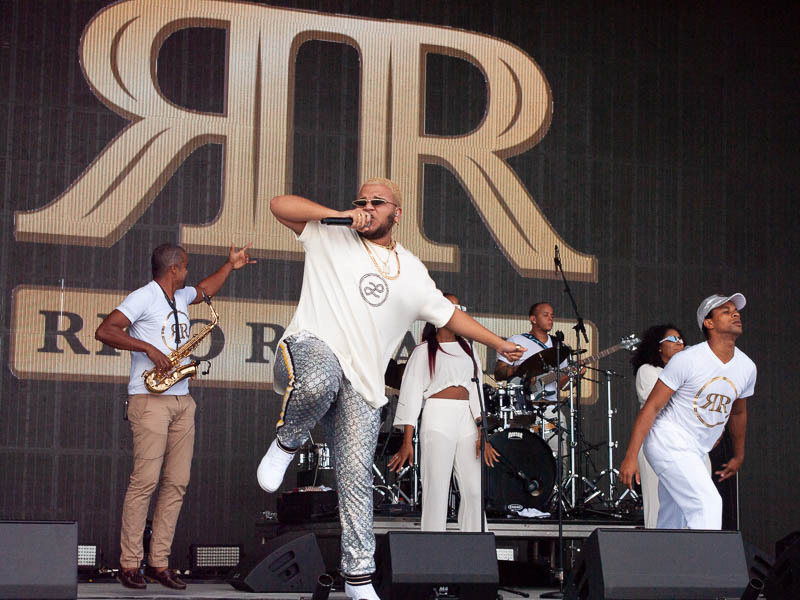 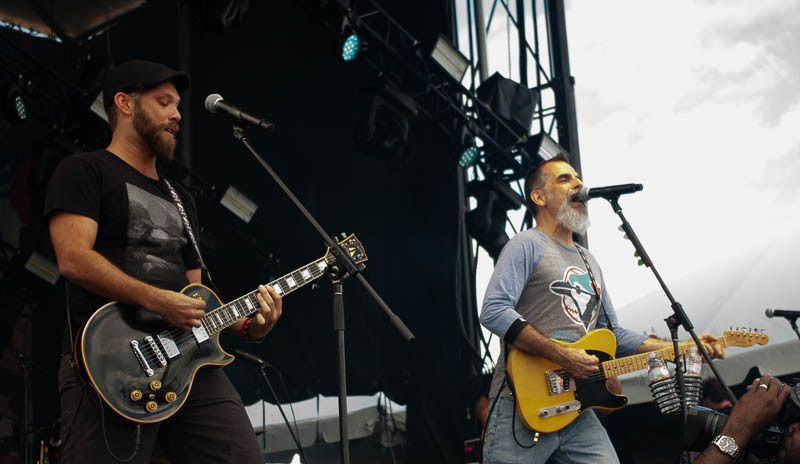 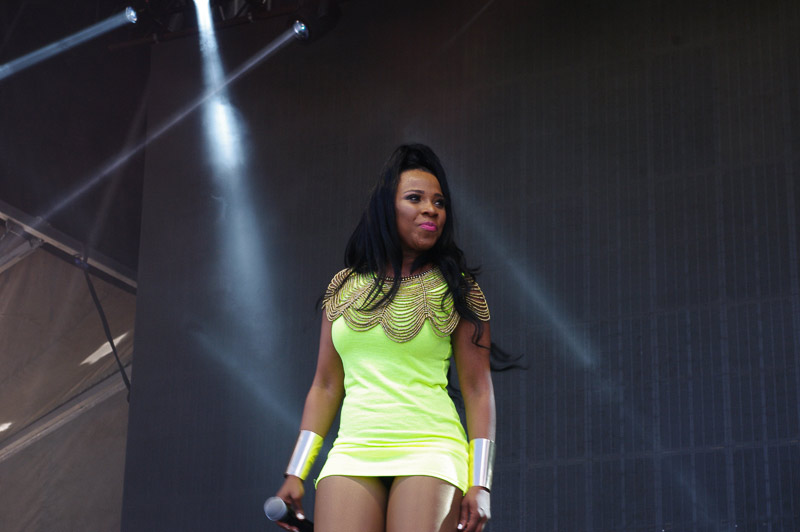 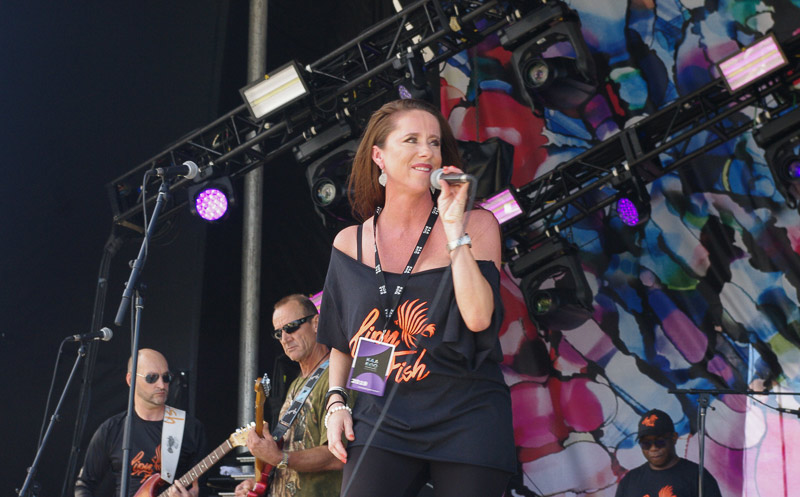 The crowds were treated to some of music’s biggest hits on two stages. The bands, while not all exactly on the charts, are still some of the most popular in music. The acts included several Cayman Islands reggae artists opening up both days on both stages to loud applause from locals and tourists alike. The crowd was up and dancing before the headliners ever took the stage. 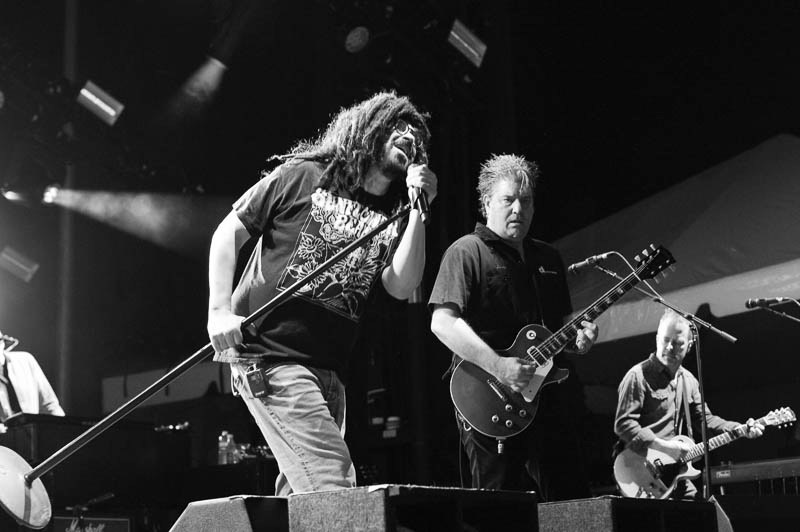 The afternoon sets included bands that produced hits that are still in constant rotation in a lot of media markets. While one might not remember Blondie, Counting Crows or Sean Paul, everyone still knows “Heart of Glass”, “Mr. Jones” and “Get Busy”. Their days of cranking out hits behind them, they still have plenty of great performances in them. 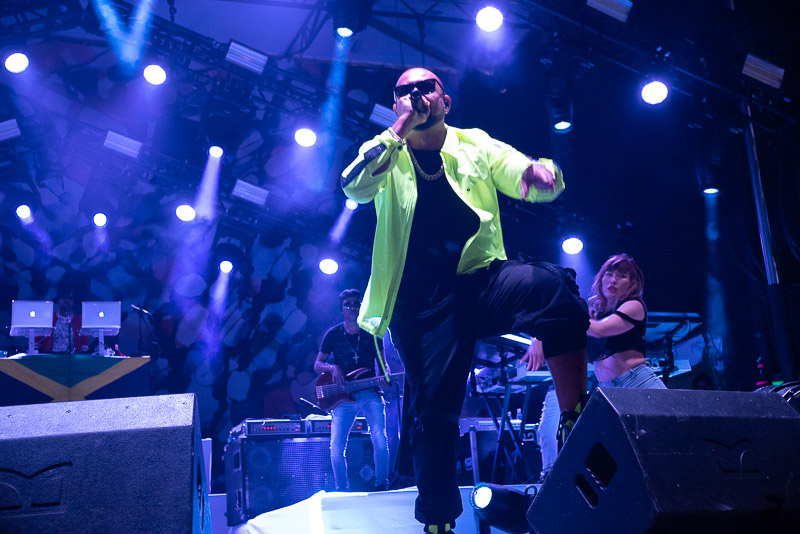 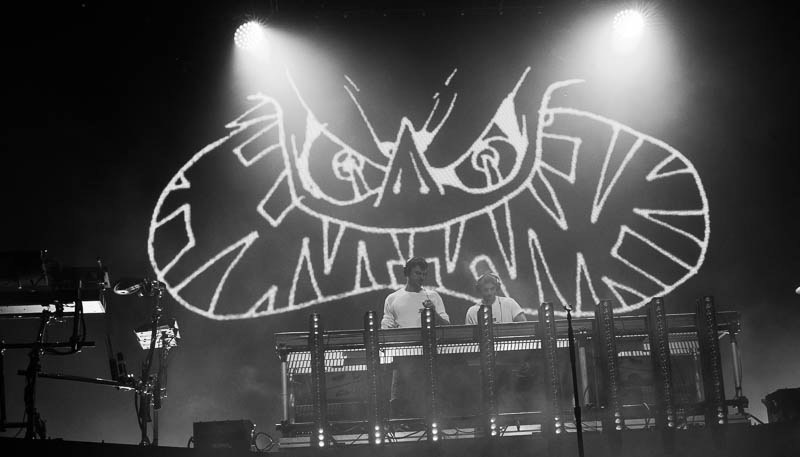 At nightfall the much-anticipated headliners took the stage at last. Friday evening this was The Chainsmokers, who literally lit up the night with an LCD screen and pyrotechnics that could be seen from space. After being warmed up all day the crowd was primed for the top-notch EDM and they weren’t disappointed, as the duo ran through their favorites until after midnight. The Saturday headliner was geared more to the parents of Chainsmokers fans, as Duran Duran treated the SRO crowd to every hit as well as a few tracks from the new record. 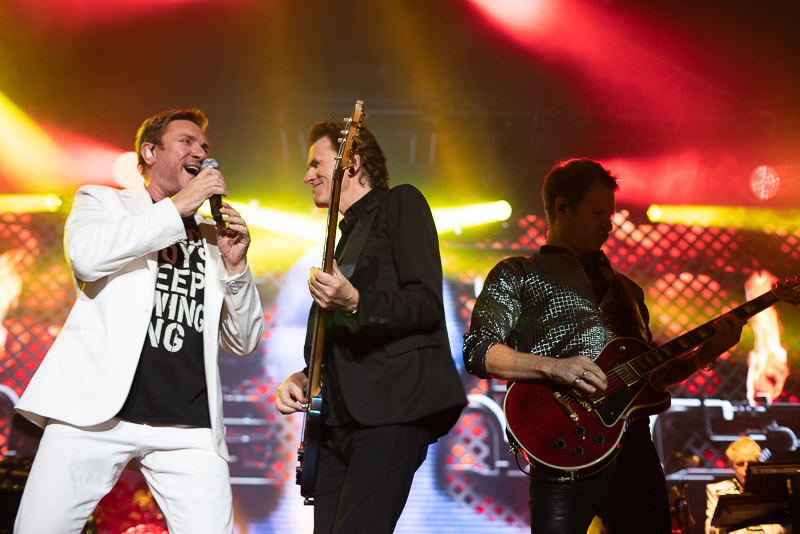 For a break between musical acts there was an air-conditioned comedy tent featuring the likes of David Spade and Wanda Sykes performing through both days. 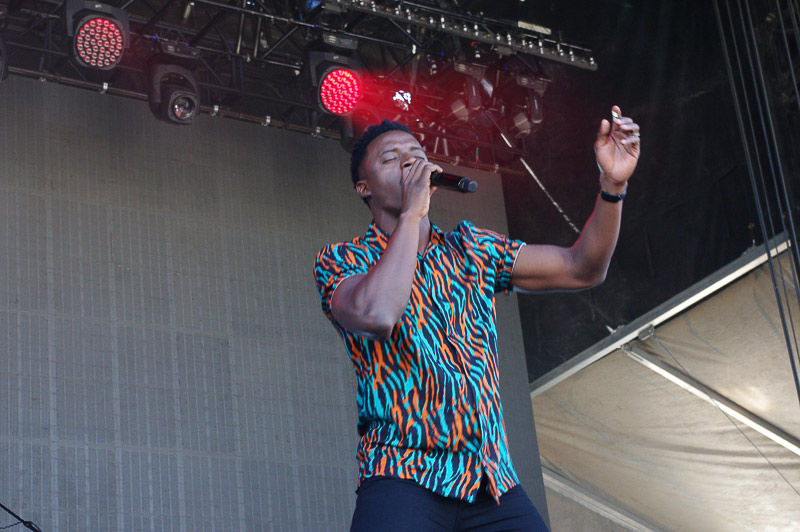 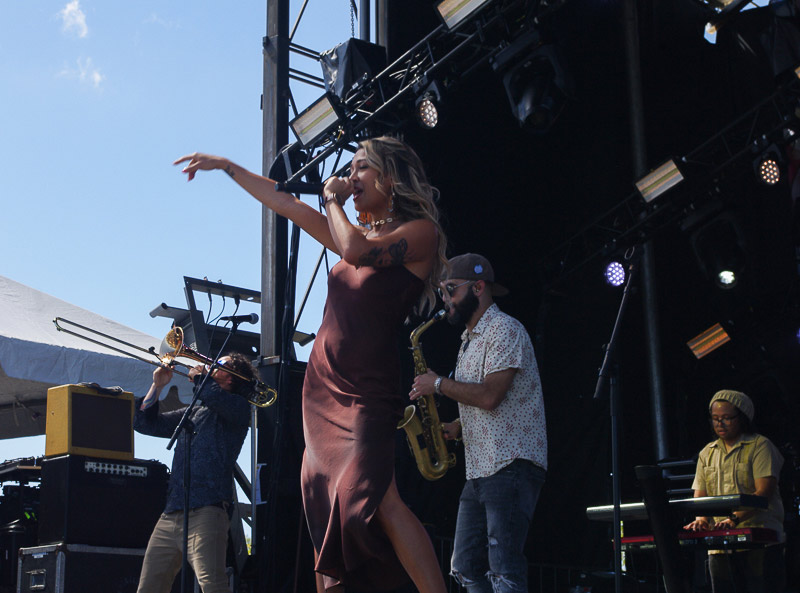 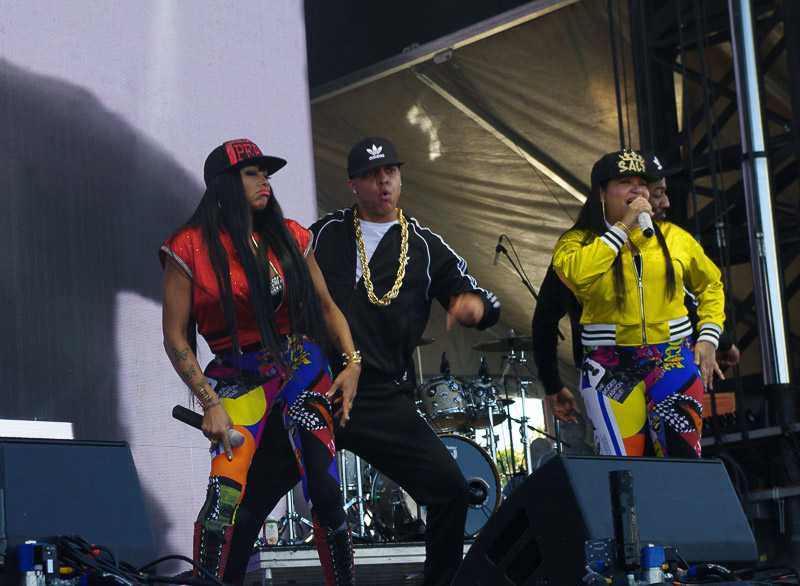 Food and Drink and Art 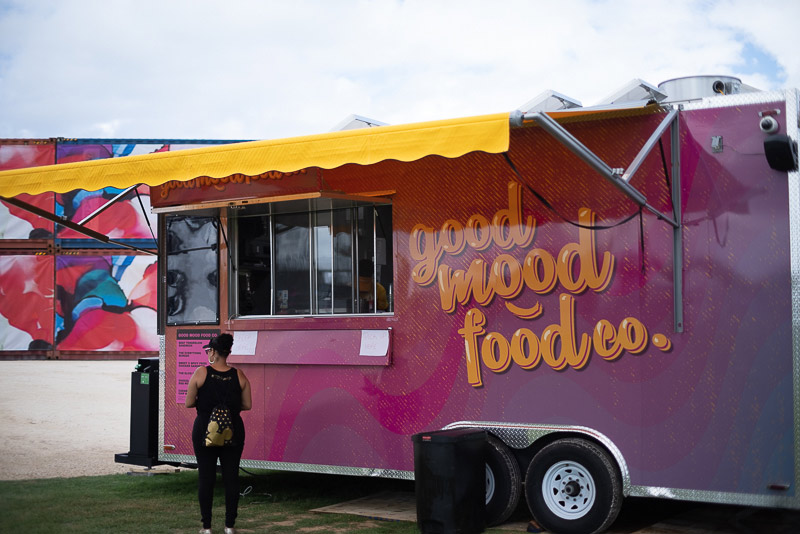 To help shake the hunger and thirst throughout the weekend there was gourmet food prepared fresh to order. Seafood was the hot item and was served in many iterations, from Cayman fritters to grilled garlic shrimp. Those not wanting fish had their choice of all sorts of craft burgers and BBQ. There were even options for vegetarians and vegans. The biggest news, not a cheese sandwich in sight.

To wash down all the food was craft beers from Cayman Island Brewery. Its hot item was the Mango Tango ale, a lightly fruited ice-cold ale. The lines were twenty people deep all day long. There were also a selection of drinks and wine available if beer was not sounding good.

There were local artists decorating every surface of the venue including 42-foot container that were painted graffiti style over the two days. There were vendors selling carvings and others custom designing shirts. There were two galleries of art hanging from Caymanian artists. There was something for all tastes. 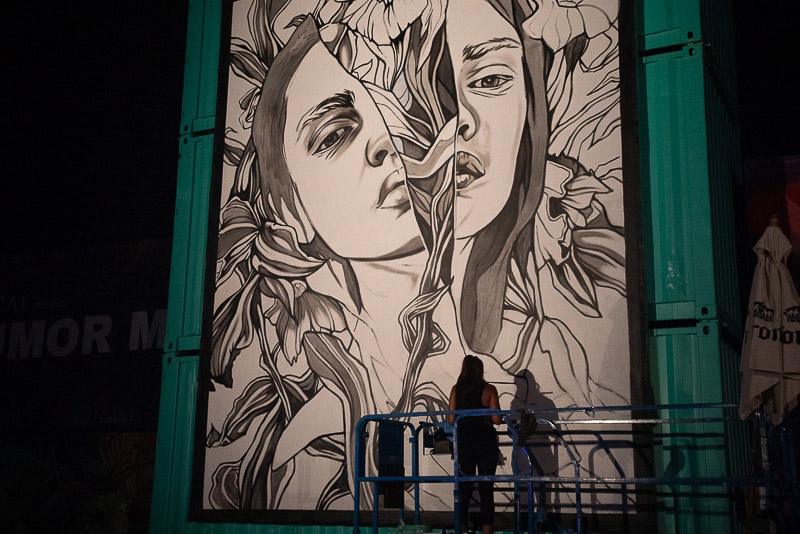 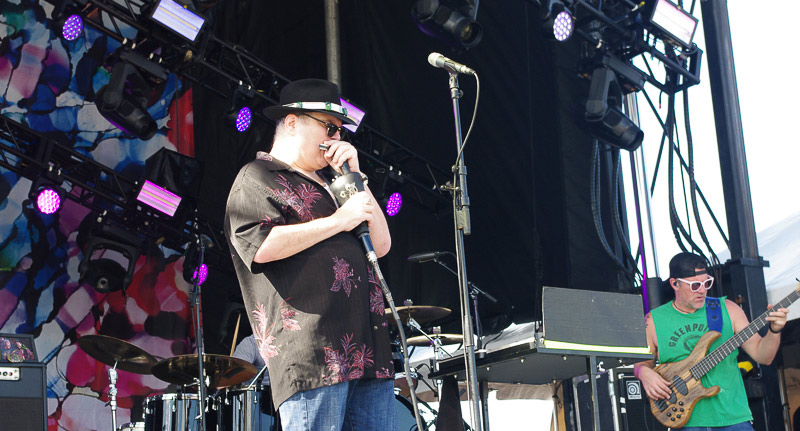 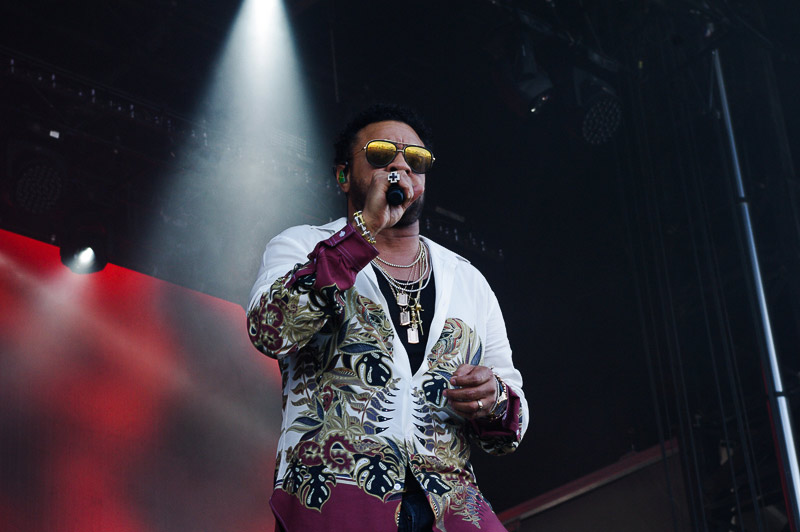 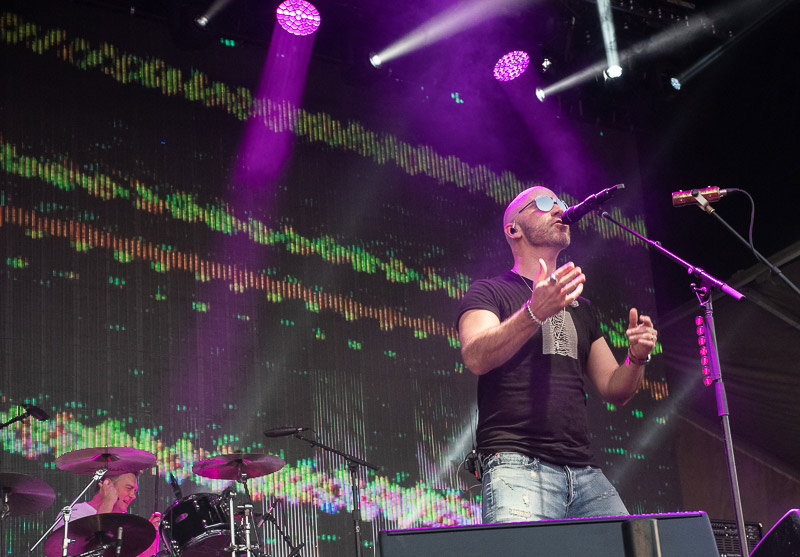 Nothing was overlooked by the organizers of KAABOO Cayman. There were helpers everywhere for anyone with questions. The food, drink and art were spread around so that one never had to walk far to get to the next bite or drink. It seemed as if there were port-a-potties everywhere. While abundant, they were also cleaned and emptied twice daily, something unheard of at any other festival.

The inaugural KAABOO Cayman was a huge success that proves that a luxury festival in an exotic location is completely possible. While not for everyone with distant location and high prices there certainly is a market for events like this. Hopefully we will see a return of KAABOO Cayman in 2020. 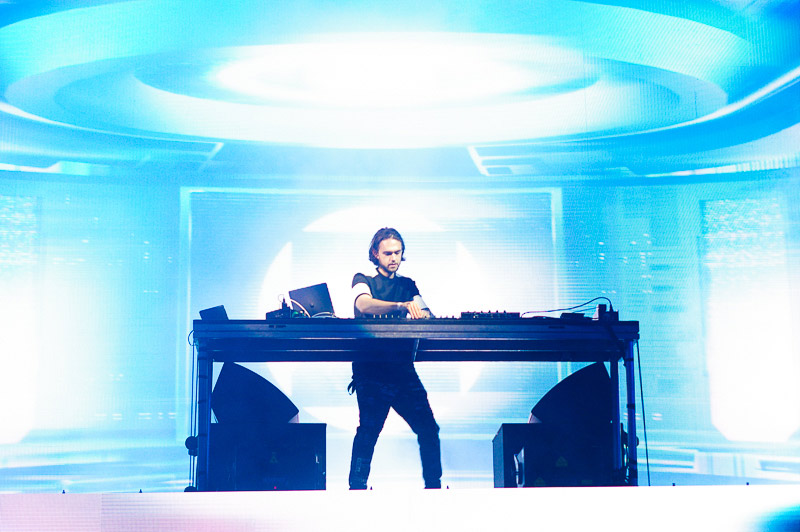 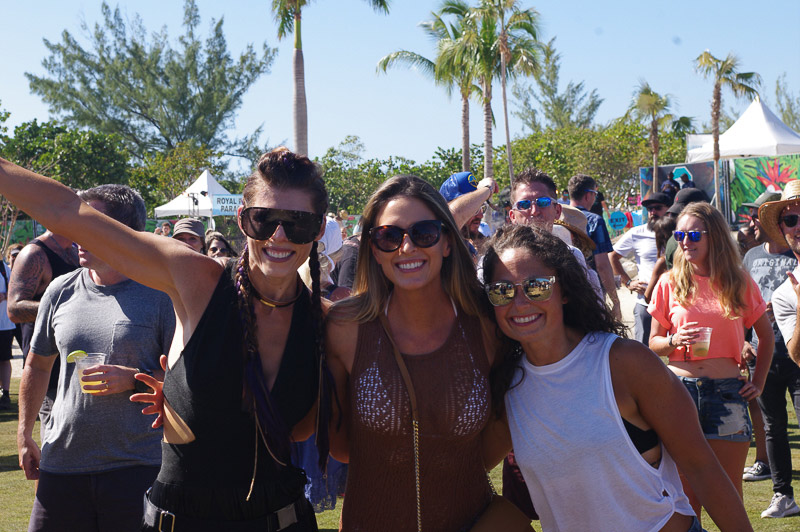 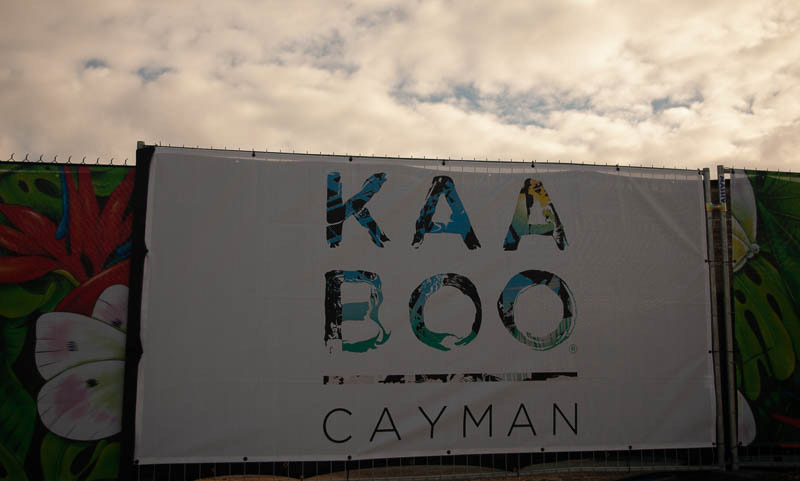