This past weekend marked the third edition of KAABOO Del Mar... 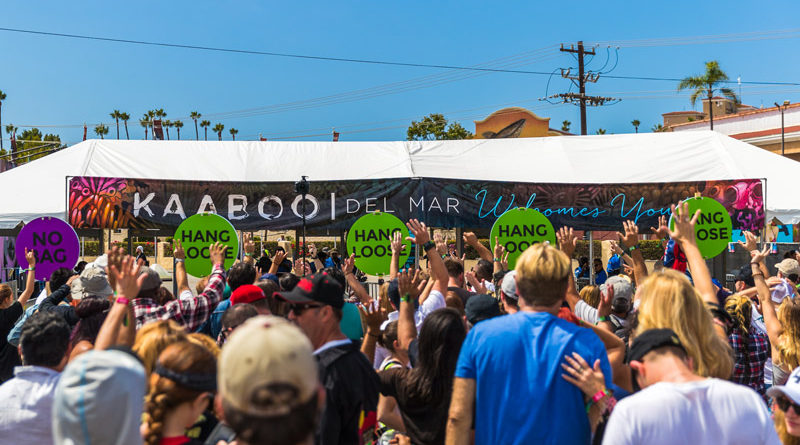 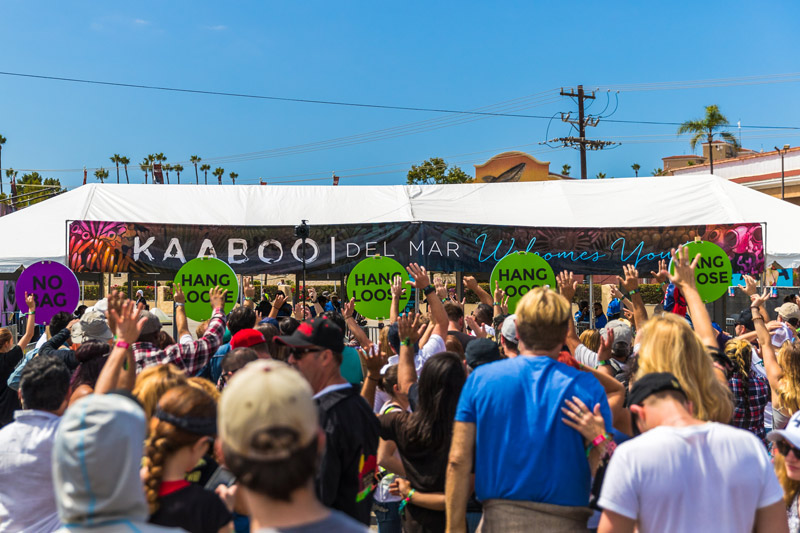 This past weekend marked the third edition of KAABOO Del Mar, September 15th-17th. Taking place at the Del Mar Racetrack, the festival has carved out a niche catering to an older, more elegant demographic than most music festivals can claim. 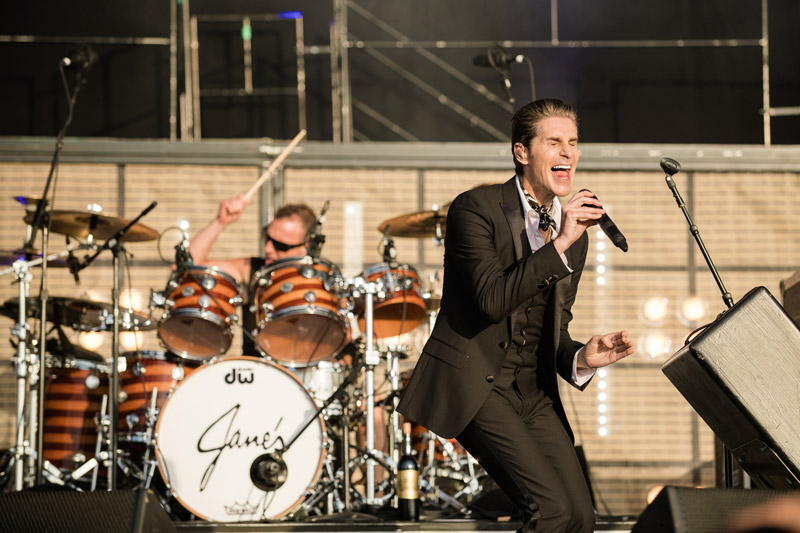 Del Mar is an affluent area in southern California near San Diego, and KAABOO targets their families pretty well. The festival featured a diverse lineup of acts, highlighted by a number of acts whose heydays were in the ‘90s like the Red Hot Chili Peppers, Weezer, Jane’s Addiction, Ice Cube, Alanis Morissette, Lïve, Garbage, Michael McDonald, The Wallflowers, Smashmouth, and Toad the Wet Sprocket. 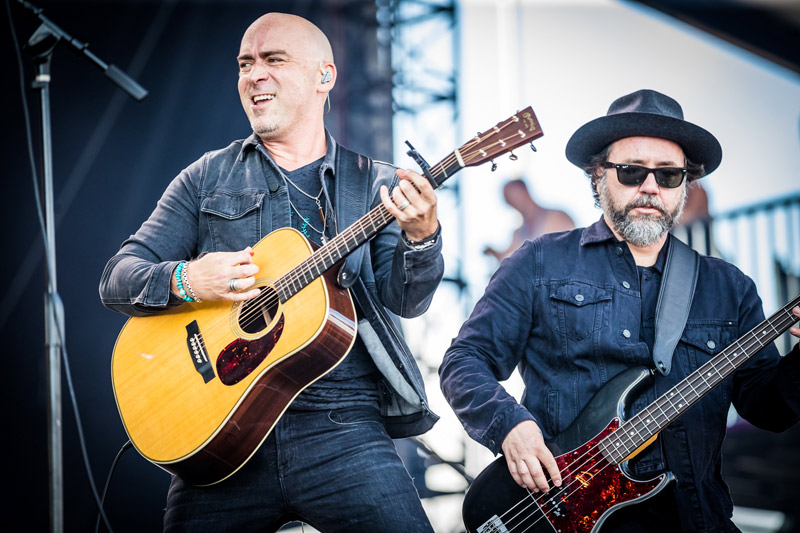 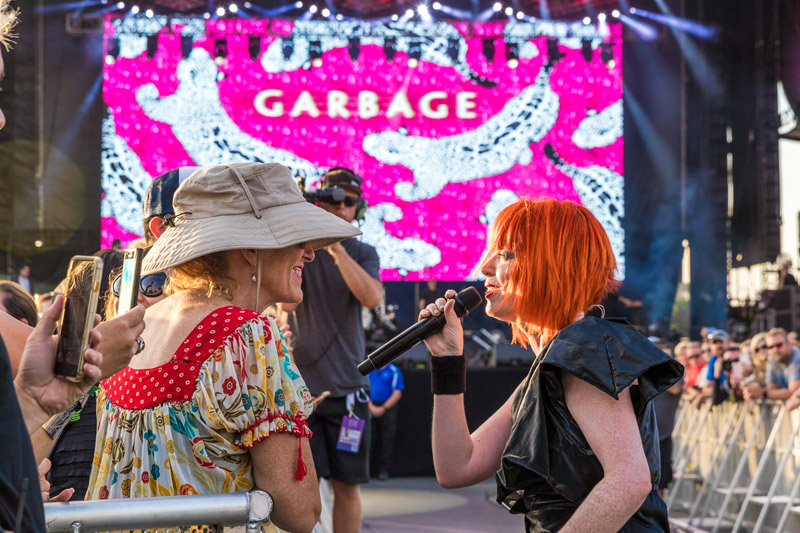 Many of these acts don’t get asked to perform at the so-called ‘hip’ festivals of today, but they proved that they deserve those spots. Garbage frontwoman Shirley Manson alluded to that with a rant thanking, “People who come to music festivals who are willing to keep an open mind and look for the bands who don’t get banged on Apple Music or Spotify.” Manson is right to make the point – her band released a killer record last year, Strange Little Birds (QRO review), and still got passed over by the festival circuit. 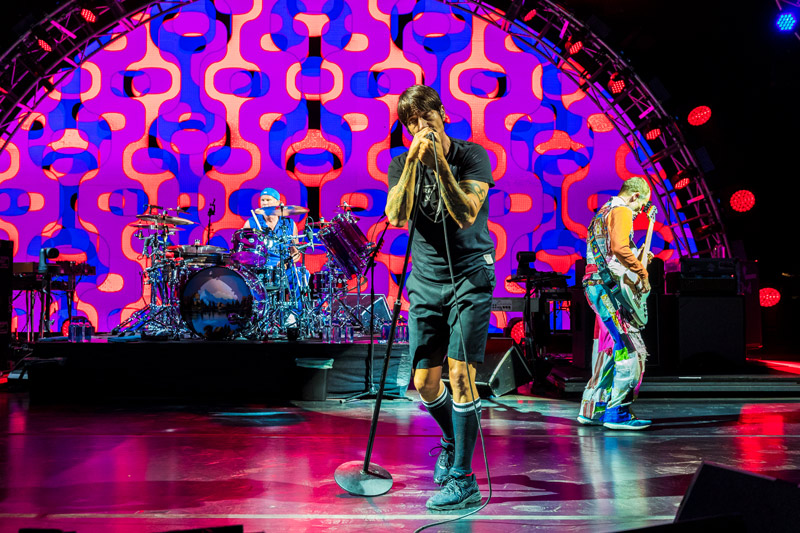 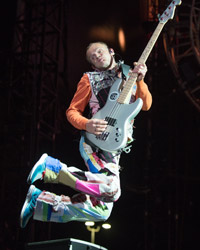 The Red Hot Chili Peppers have been on the festival circuit pretty heavily this year, but they’ve showed no signs of slowing down. The band mixed in old classics like “Can’t Stop” and “Californication” in with four cuts from last year’s The Getaway (QRO review). Two days later they were in New York for a headlining set at The Meadows. 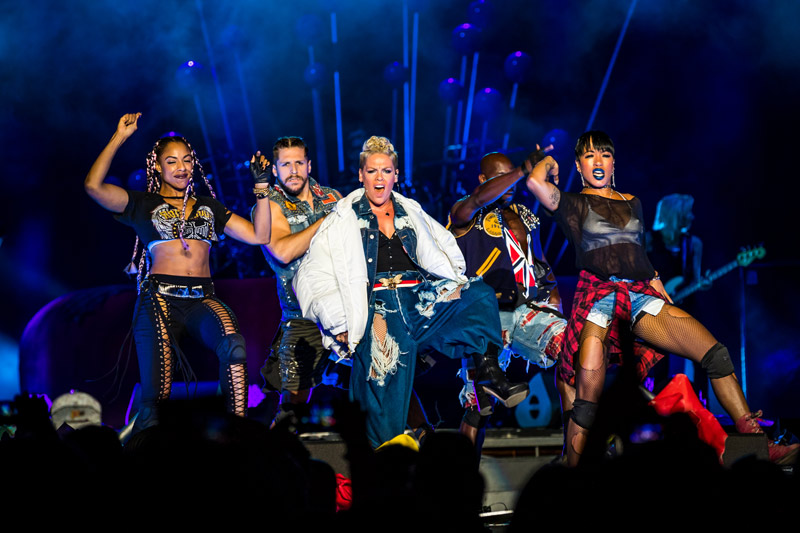 Pink was one of Saturday’s headliners, another rarity at a festival. She brought her A-game, even uses her old skills as a gymnast to fly over the crowd at the end of her set. Muse was on one of the other stages at the time and they were equally exciting, although sound issues seemed to bother them a bit. 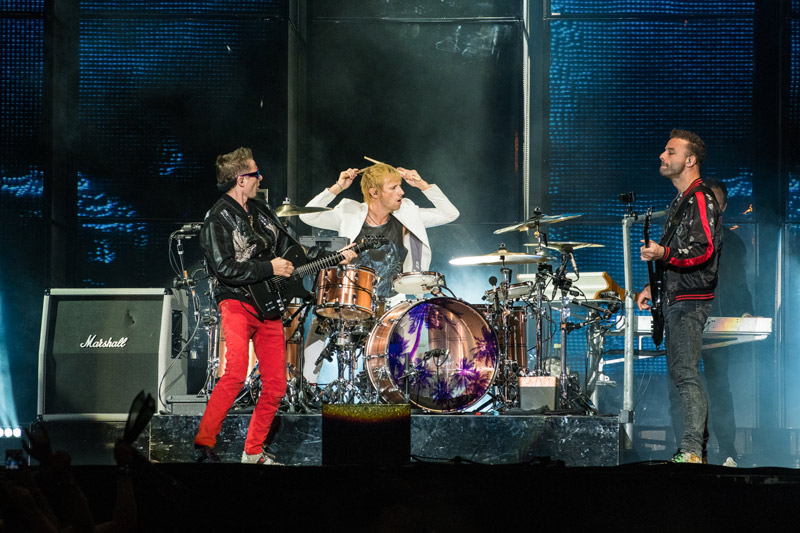 Tom Petty & The Heartbreakers delivered a rocking set to close out the weekend Sunday night, playing two full hours, just enough time to fit in all your favorite hits. 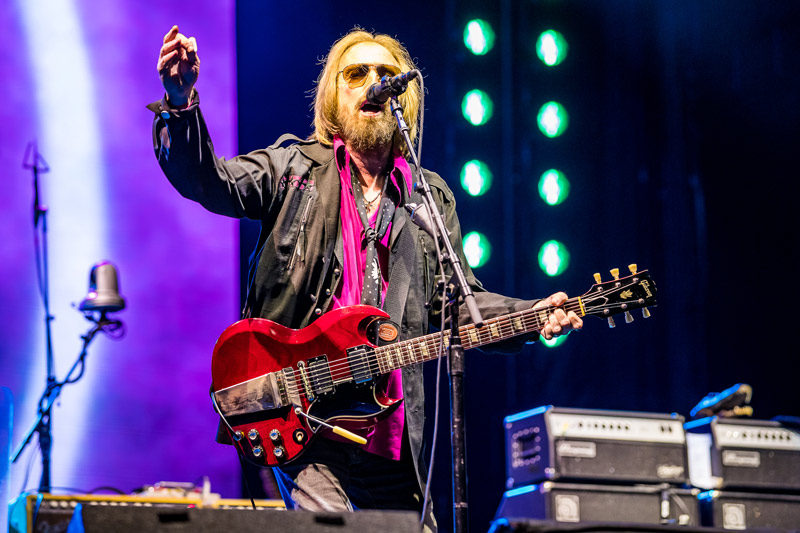 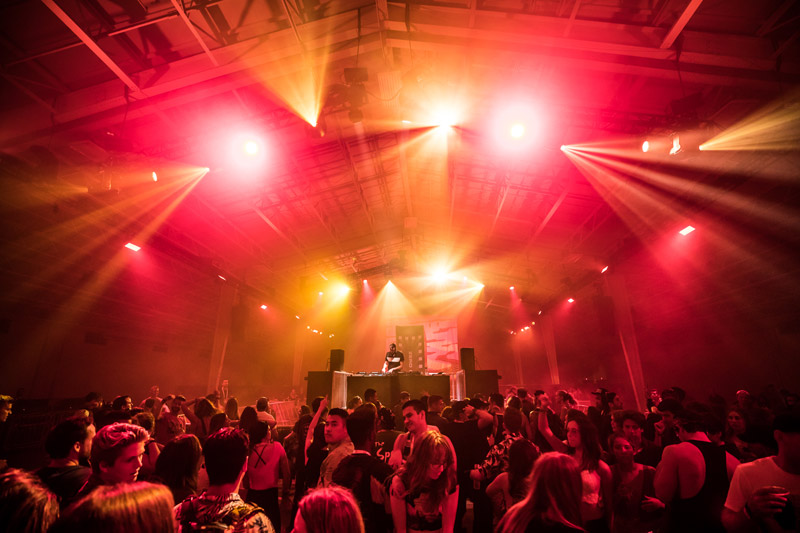 The festival also targeted the kids of those affluent families with limited electronic offerings in the Club Elevate tent, sponsored by ARIA’s Jewel Nightclub. This only ran after 9:00 PM the first two nights and not at all on Sunday. There was also Bask, sponsored by MGM Grand’s Wet Republic on Sunday in the afternoon. 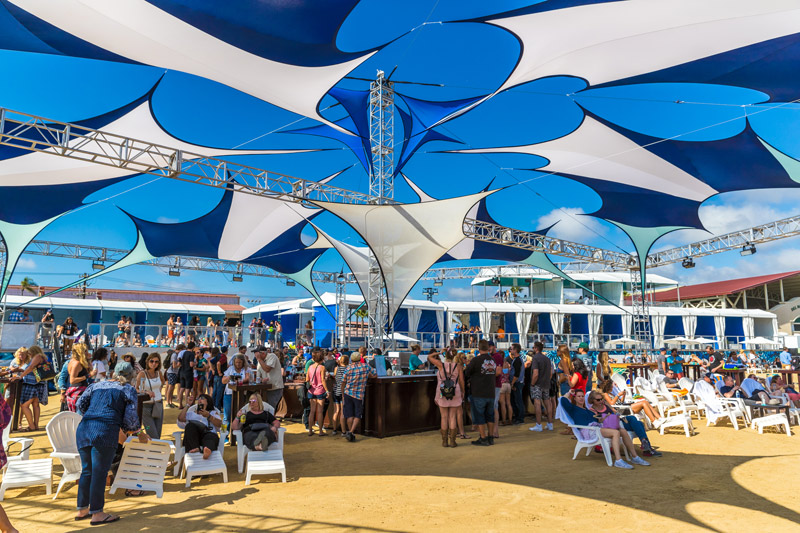 KAABOO features a specific area called the ‘Indulgences’, for instance. There was a cigar lounge, a recovery lounge, and a Paul Mitchell School area that did hair and makeup. 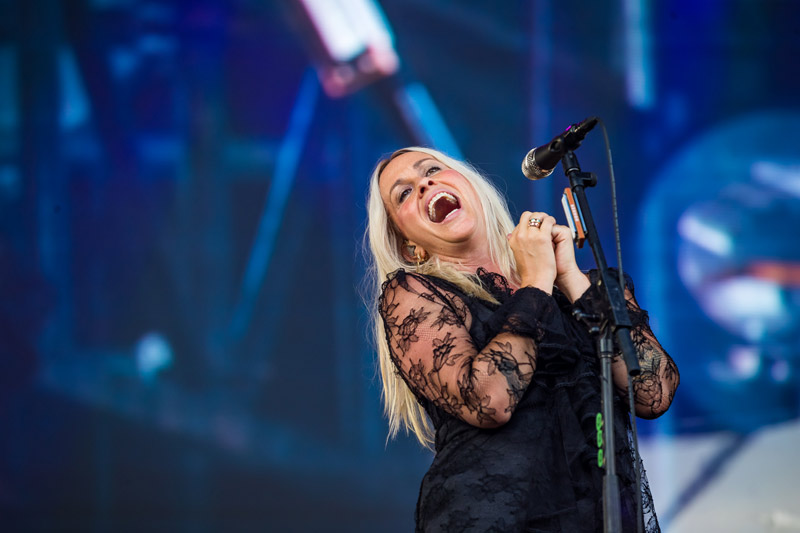 My one main complaint about KAABOO would be how corporate the festival is. You couldn’t escape sponsors and advertising, and that was most over-the-top when a Mercedes ad played on the screen while Alanis Morissette was performing a magical set, one of the best of the weekend. There’s a time and a place to bombard attendees with sponsors, but during a show is not quite one of them.

The festival has already announced dates for 2018 and it will return to the Del Mar Racetrack on September 14th-16th. Early-bird three-day general admission passes are available for purchase, priced at $209 right now. If you want to relive some of the glory of the ‘90s and before, there’s no better festival you can attend than KAABOO Del Mar. 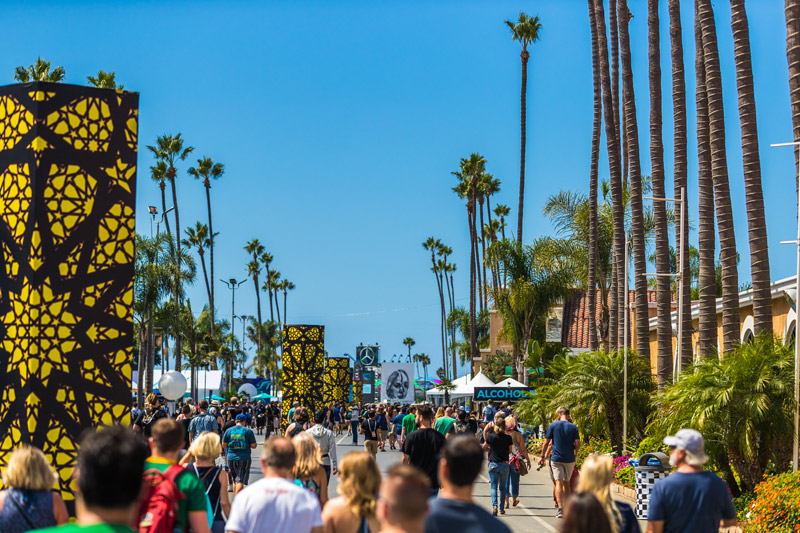