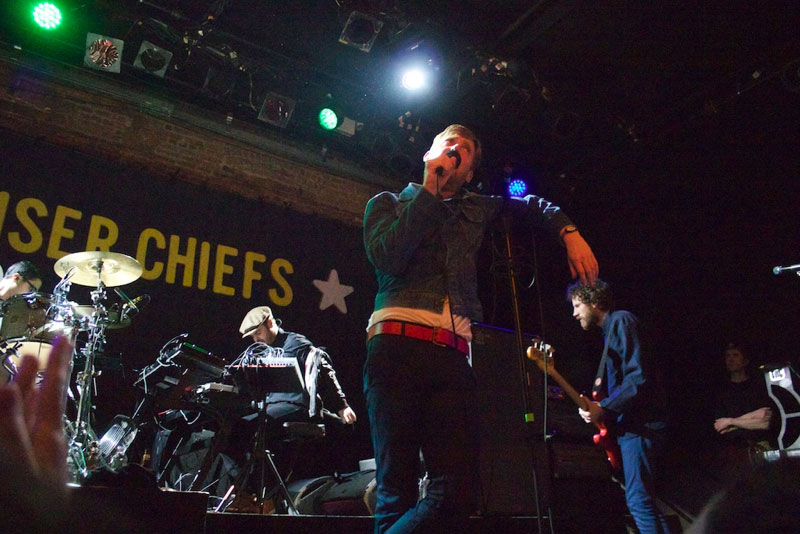 Click here for photos of Kaiser Chiefs at Leeds Arena in Leeds, U.K. on September 13th, 2013 in the QRO Concert Photo Gallery

Click here for photos of Kaiser Chiefs at 2012 Groovin’ The Moo in Bunbury, WA, Australia in the QRO Concert Photo Gallery

Click here for photos of Kaiser Chiefs at 2011 Main Square Festival in Arras, France in the QRO Concert Photo Gallery

Released almost a decade ago, Kaiser Chiefs debut Employment has not only stood the test of time, but oddly predicted developments since then.  Its success led the band to tour “far away from home” (“Oh My God”).  Before Billy Elliot was “Born To Be a Dancer”.  “I Predict a Riot” literally predicted the riots that hit the U.K. a couple of years ago.  Even the record’s title foresaw the Western World’s recession and jobless recovery.  And, unfortunately, “Everyday I Love You Less and Less” was the band’s own future, as their following records Yours Truly, Angry Mob (QRO review), Off With Their Heads (QRO review), and Start the Revolution Without Me (QRO review) declined in quality. 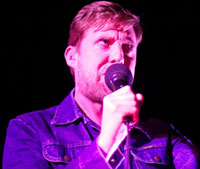 While undoubtedly bigger over in Europe (an English band with a German name from a South African football – i.e., ‘soccer’ – club…), Kaiser Chiefs have headlined the likes of Roseland Ballroom (QRO venue review) when previously in New York, so the much smaller Music Hall of Williamsburg (QRO venue review) was definitely an intimate event.  Basically an American one-off to showcase the new album, the crowd seemed to be mostly expats and journalists.  More than once some fellas at the back started a chant of “Yorkshire!”, the band’s (and presumably the fellas’) home county in northern England.  Singer Ricky Wilson even described Brooklyn as a “gateway to America … And in a good way, not like marijuana leads to heroin…”

Wilson was in fine, energetic form throughout.  Early he might have said he was gonna skip talking to get on with the next song, but later he got up close and personal with the fans.  At one point he sat down on the lip of the stage, into the crowd, during “Everything Is Average Nowadays”.  He later thanked two super fans up front, Bill & Diane, noting that he would thank everyone there but he doesn’t “know your names” – then pointed out that Bill & Diane had gotten there early.  It happened to be Bill’s birthday, so during “our early attempt at a love song,” “You Can Have It All”, Wilson brought Bill on stage & danced with him, then got down on a bended knee to mock-propose.  To the Yorkshire chanters after that song, Wilson added, “Did the two dudes dancing thing upset you?…” – and noted that Bill had a “semi” during the dance, even going so far as to make sure that the American crowd knew what a “semi” is.  For “The Angry Mob” going into the encore break, Wilson went into the anything-but-angry crowd (right past your correspondent, almost spilling his second beer, placed on the stage corner…) during the song’s change, hanging from a pillar beneath the balcony to lead the crowd sing-a-long.  And for the final song of the night, “Oh My God”, Wilson left the stage, only to repeatedly reopen the stage door and swing in for cheer after cheer (think Homer Simpson “not overdoing it” when running back and forth in front of worshipping Stonecutters in that classic Simpsons episode, which had aired that very night in syndication in New York). 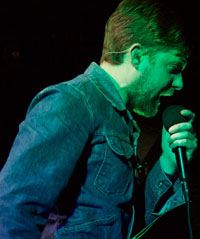 The set list naturally had a lot of Education, from album/set opener “The Factory Gates” to the penultimate piece of the evening, “Cannons”, but otherwise was almost entirely old material, from first two – and best two – records.  “Factory” might be the strongest song on the record, rollicking but also powerful, and it was followed by two of the best non-Employment songs of the night, Heads’ “Never Miss a Beat” and Yours Truly’s “Everything Is Average Nowadays” (which was interesting followed by “Everyday I Love You Less and Less” – what’s with this band and big ‘E’ words?…).  The early middle of the show did sag a little (even just “Little Shocks” was too much from the otherwise not played Revolution), until new single “Coming Home”, dance-with-bill “You Can Have It All”, and clap-along start “Modern Way”.  The crowd was fully lubricated by energy and alcohol by the time of back-to-back “I Predict a Riot” and “Ruby”, only for Wilson to take it over the top by going into the crowd for “The Angry Mob”.  And “Oh My God” is just a great way to end an evening, wherever you are.

Many British bands that broke out in the indie-rock explosion of the prior decade have declined since their debut highpoints (think the diminishing Bloc Party – QRO album review); indeed, most acts never match their breakthrough.  But perseverance pays off, with loyal fans and enough albums to start getting it right again. 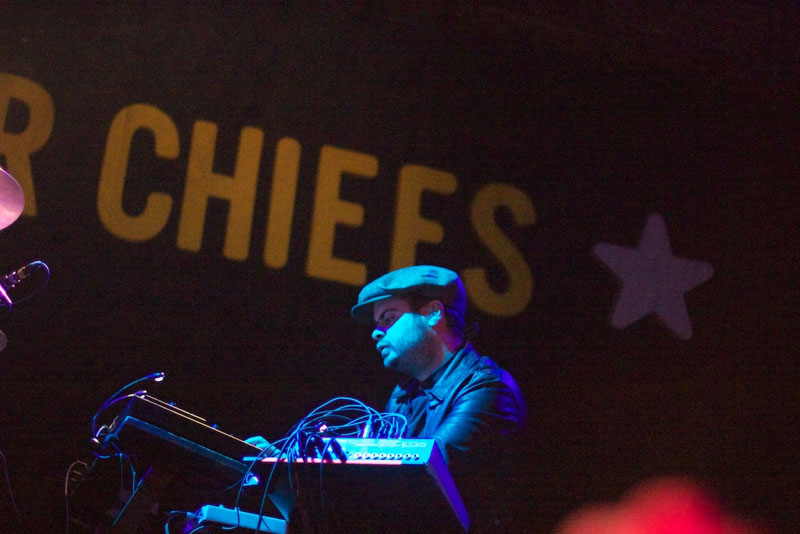