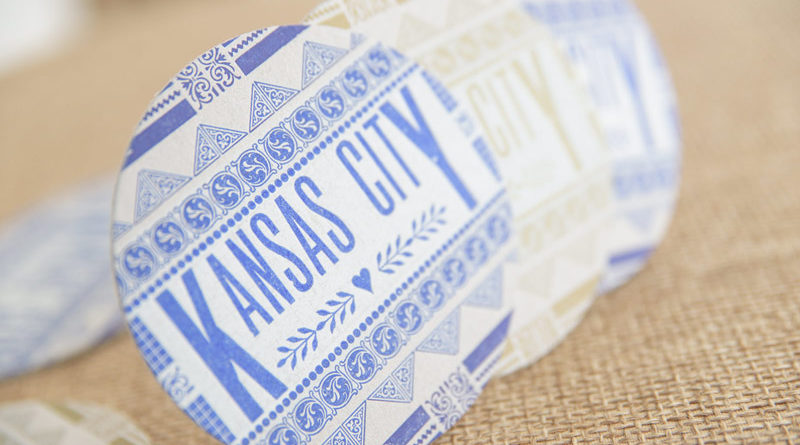 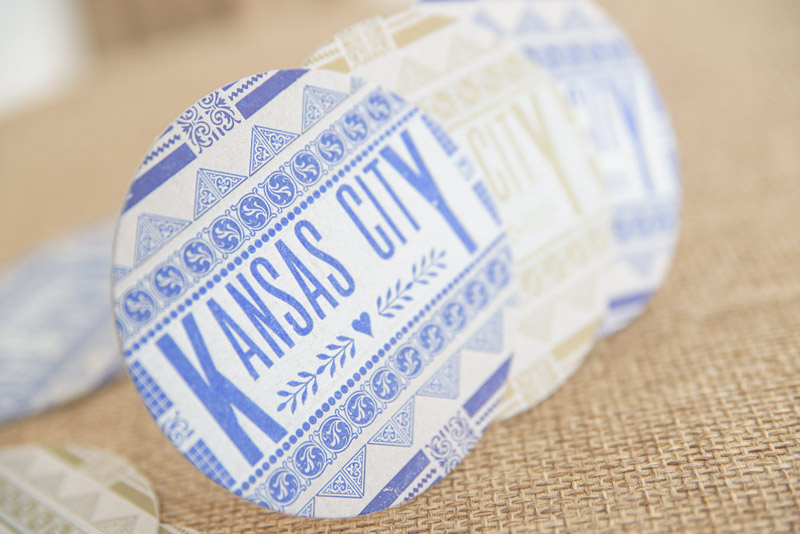 New Yorkers often look down on people from just about anywhere else (even if they themselves are not originally from New York), but maybe the most stereotypical disrespected are those from the Midwest (or New Jersey), a.k.a. “flyover country,” that place your flight from JFK to LAX literally looks down upon. It’s gotten even worse in the twenty-first century – after the brief ‘we’re all in this together’ moment of 9/11, the presidencies of George W. Bush, Barack Obama, and especially now Donald Trump have divided the Big Apple from the Heartland. Which is why it was particularly nice to see Kansas City go classy in Midtown for the ‘Kansas City In New York City’ event at Studio 450 on Wednesday, June 20th. 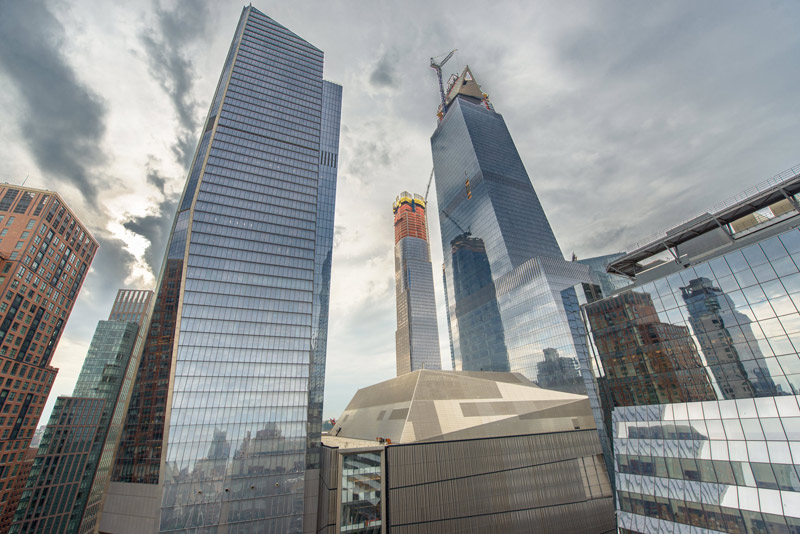 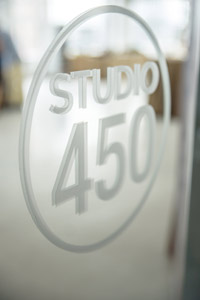 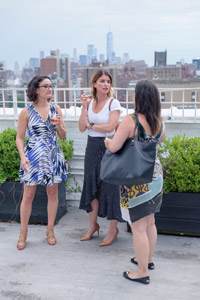 Admittedly, it wasn’t easy to find Studio 450, amid the Lincoln Tunnel and lots of construction (including one of the two elevators in the actual building), but the Lincoln Tunnel is very New York (and the event took place right next door to the recent ‘Prelude To The Shed’ – QRO live review). And the actual converted warehouse space was beautiful once you got there, up at the top, including roof deck view of Manhattan [indeed, it was where your correspondent’s classy sister had had her classy wedding reception…] 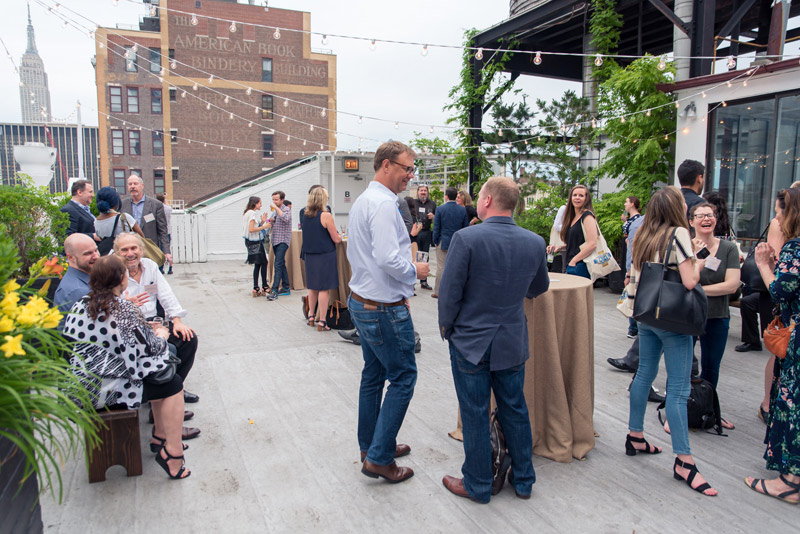 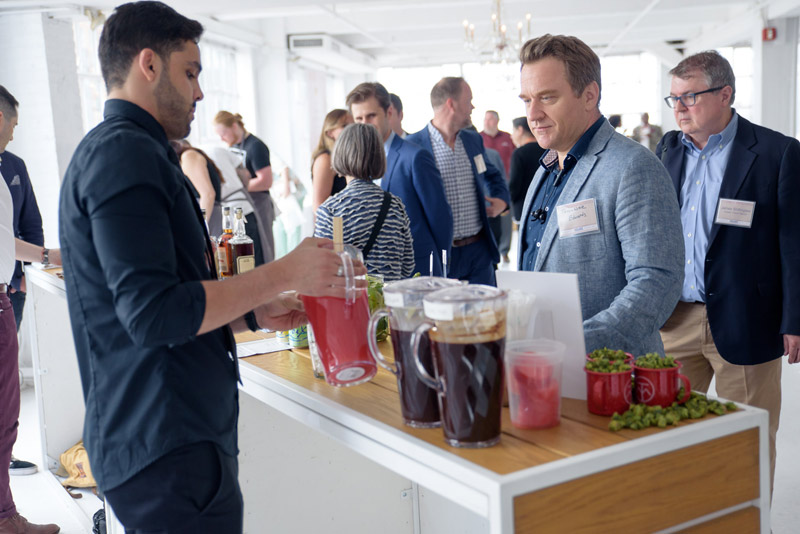 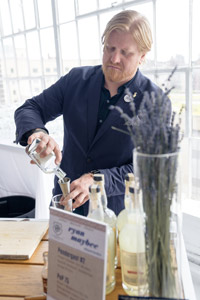 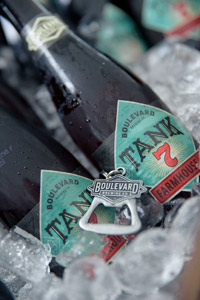 It was interesting to see how Kansas City went upscale for the event, while still being Kansas (or Missouri…). There were specialty cocktails from J. Rieger, a mixologist that’d fit in the hippest of Williamsburg (or whatever neighborhood’s hot right now), plus coffee cocktails (including one that had a full circle of watermelon), and, yes, beer, from Boulevard Brewing. Though the beer was upstairs, and the cocktails were so crafted that it created a line for them. 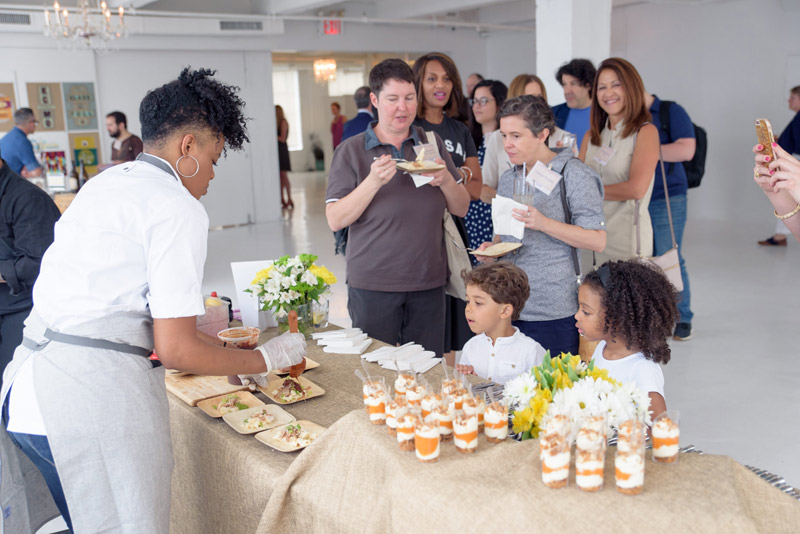 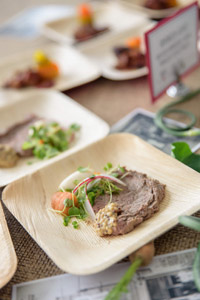 There was also food, because of course there would be. And it was meat-heavy, because it’s still Kansas City (a New York vegetarian, with Kansas City parents, there remarked on Instagram, “Pretty sure even the desserts have Angus beef in them”). The hors d’oeuvres included smoked goat, pate, pork ribs, chicken and waffles, mac n cheese (upscale & with meat), and more. Though the Vietnamese style cookie sandwich didn’t have beef… 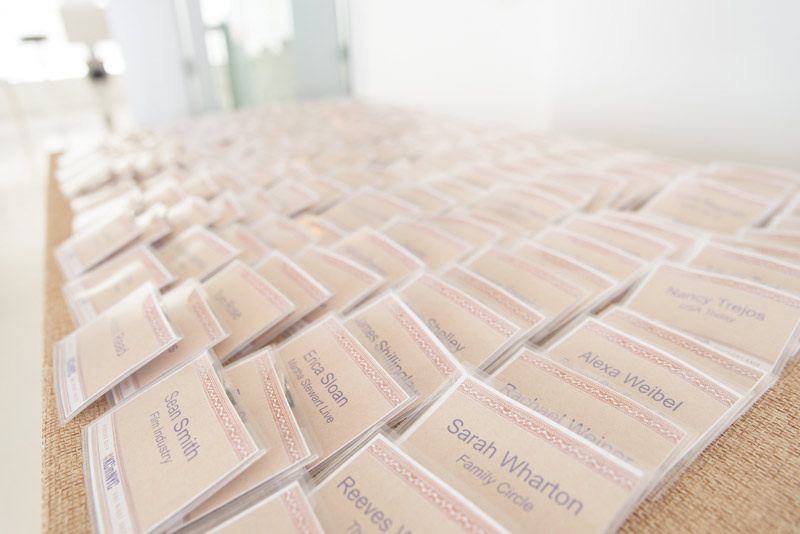 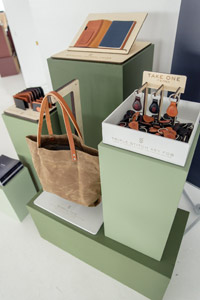 The whole event was pitching Kansas City as classy, but still Kansas City. Case in point: name tags, which most New Yorkers wouldn’t be caught dead anywhere near, but facilitated conversation if you didn’t know anyone there. There were displays for the likes of BBQ sellers, leather goods, handmade ceramics, and more. And the event organizers were Midwest friendly, remarking to your correspondent upon him entering, “You look like a guy who could use a beer” – totally true, even if he was directed to the cocktails. 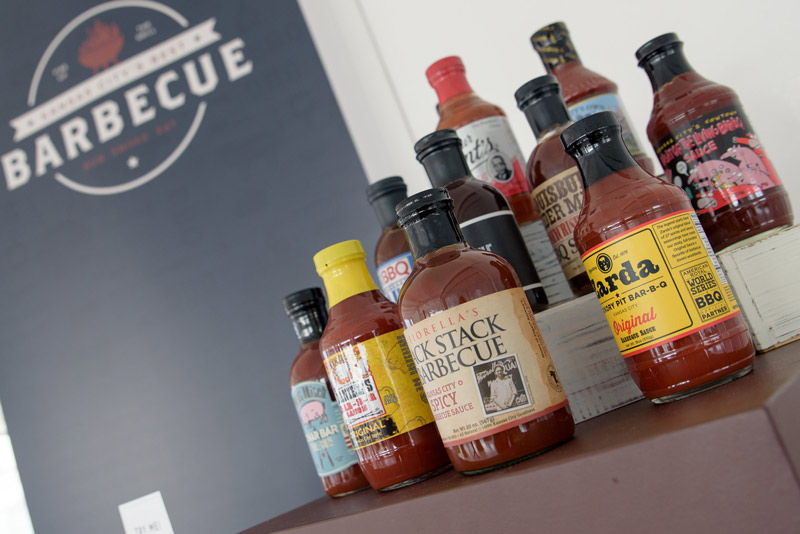 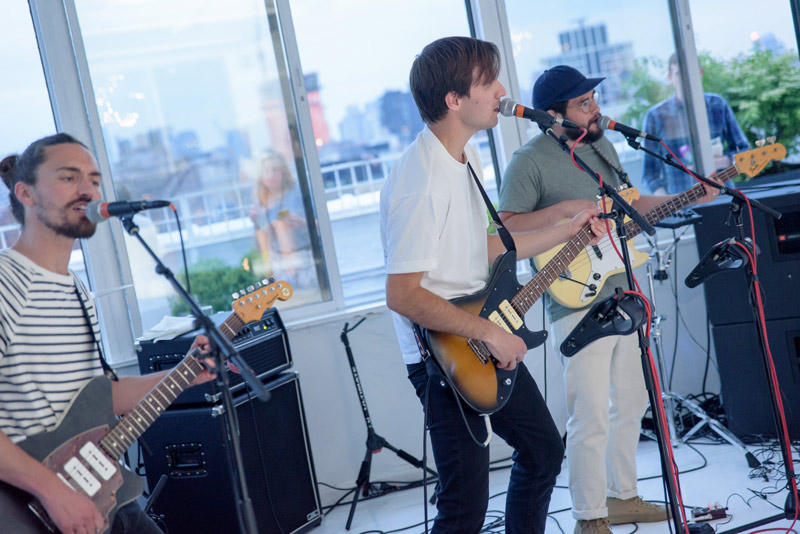 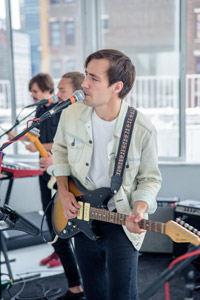 Upstairs with the beer was the band Hembree, from Kansas City (wouldn’t it have been weird if they weren’t?…), with pressing, emotional indie-rock. And respect to an act that takes a break to get a drink – early on, the Boulevard brewmaster saw them setting up, and offered them beers (and not just free drinks, but the gig probably paid well, always valuable in these precarious financial times for music, alternative especially). 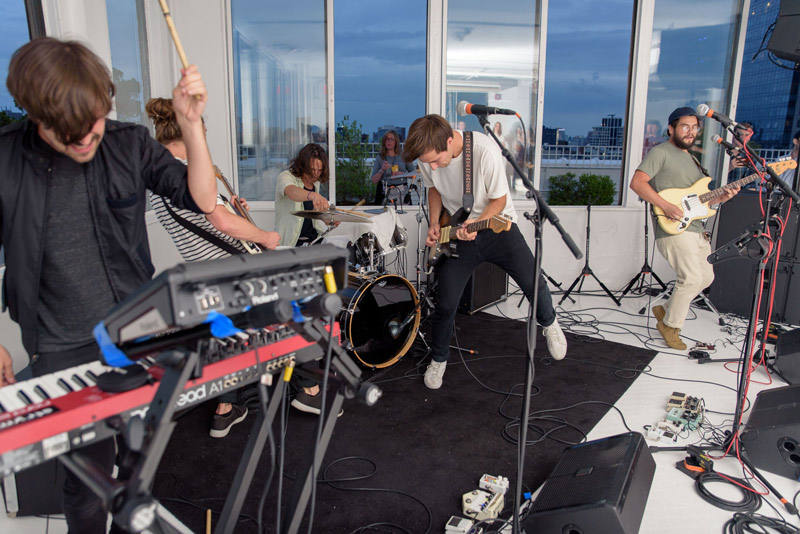 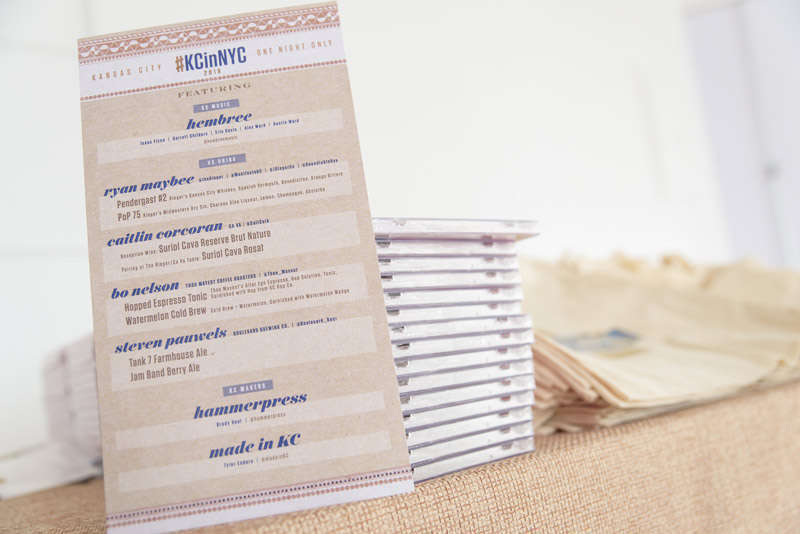 The whole event started & ended early, 6:00 PM to 8:30 PM, though that’s a half hour longer than most early evening pop-up parties. And Kansas City definitely made a favorable impression on New York City. 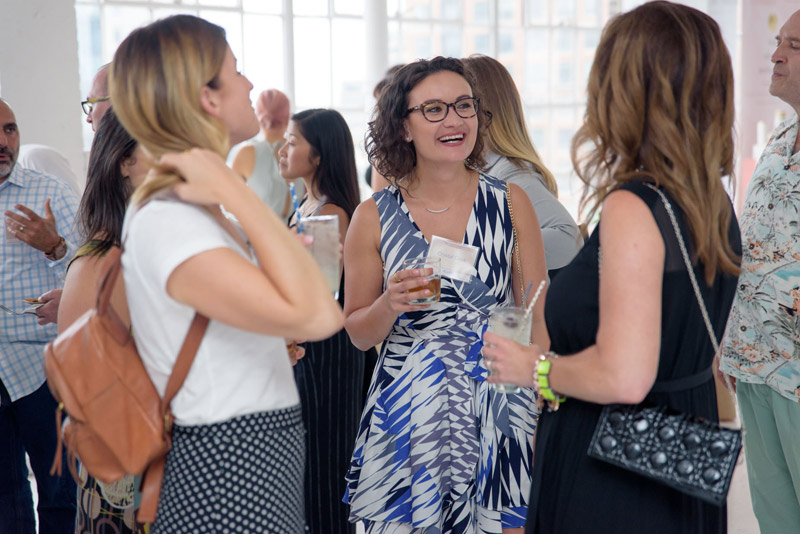