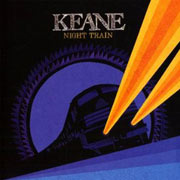 For a debut album, Keane basically hit the jackpot with 2004’s Hopes & Fears.  Their first release took no time to put together – as most of the songs had been composed years before the album’s concept – yet it flourished all over international airwaves, and garnered the band a worldwide following.  The piano driven elegance of Hopes & Fears also grabbed the ears of critics, many of who praised Keane for accomplishing everything they had without the use of a single guitar.  The band released their sophomore effort two years later, and Under The Iron Sea once again took critics by surprise.  That album drove the piano-based rock that so thrived on Hopes & Fears to a dead end, replacing it with an aura of electronica.  While still recorded without a single guitar, Under The Iron Sea swiftly changed Keane’s image from masters of romantic piano pop to that of a ‘sinister fairytale-world-gone-wrong’.  2008’s Perfect Symmetry essentially gave listeners a continuation of the band’s confused synth-pop endeavours, and as their latest album Night Train shows, the confusion is far from over.

Click here for photos of Keane at ACL Live at The Moody Theater in Austin, TX on January 17th, 2013 in the QRO Concert Photo Gallery

Click here for photos of Keane at Crystal Ballroom in Portland, OR on January 8th, 2013 in the QRO Concert Photo Gallery

Click here for photos of Keane at 2010 Osheaga Music Festival in Montreal, PQ, Canada in the QRO Concert Photo Gallery

While “House Lights” kicks the album off on an eerily suspenseful note, “Back In Time” revels in a Hopes & Fears/Under The Iron Sea crossover of masterful pop prowess.  In spite of this early promise though, things quickly get out of hand on Night Train.  Not even an appearance from K’naan can save overly indulgent number “Stop For a Minute”, which showcases a truly dismal side of electronica.  From there, Keane fuse Latin-sounding influence with some pop know how, as “Clear Skies” tries its best to salvage the album’s first half.  It wasn’t meant to be though, and “Ishin Denshin” proves that point over and over again.  Note to genre exploring artists: horrendous eighties fringe pop ballads and even further dated commercial jingles do not mix admirably.  Even with that dip in mind, the roller coaster ride that makes up Night Train is far from over.  Keane surprisingly manages to pull out another gem on “Your Love”, where the band returns to the glorious synth-pop of the album’s early goings.  From there, they deliver another backing performance for K’naan – admittedly both stranger and better than the first – before closing on a delectable allusion to Hopes & Fears, on piano-driven ballad “My Shadow”.  Unfortunately, gems like “Shadow” are far too easy to count in the band’s recent catalogue.  Though Keane has achieved something of a ‘sinister fairytale-world-gone-wrong’ atmosphere, the sinister feeling lies more in any hope of consistency than anything this album projects.