More Click here for photos from this show in the QRO Concert Photo Gallery As part of their “Keepin’ it Crew” tour, four members from the Pretty Lights Music... 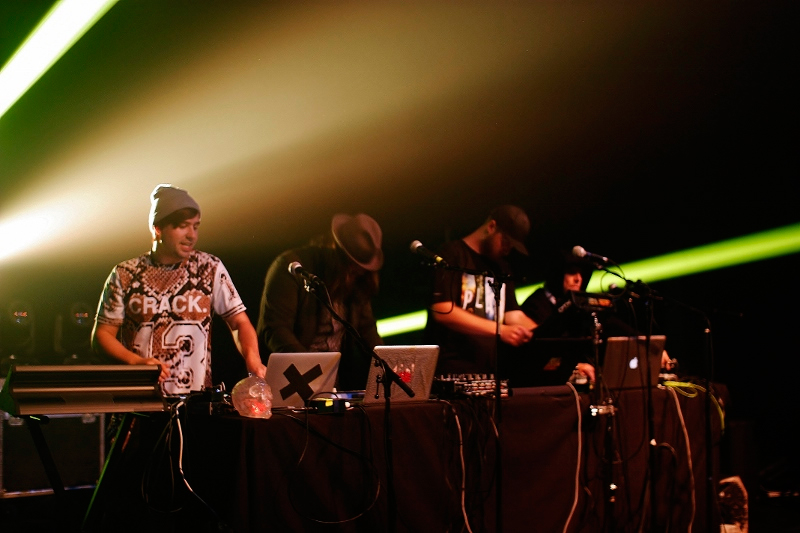 As part of their “Keepin’ it Crew” tour, four members from the Pretty Lights Music label – Eliot Lipp, Michal Menert, Paul Basic, Supervision – stopped by New York at Gramercy Theater (QRO venue review) on Friday, October 3rd to showcase new and familiar sounds they’ve been cooking up throughout the years.

Whether its trip-hop, electronic hip-hop, soul-hop, whatever-hop you want to call it, the producers under Pretty Lights Music record label are definitely cohesive in their musical styles. But though this niche-type event would not be a problem for long time fans, there was some worry that the beats would’ve been a bit banal for those not as familiar with the label.

Thankfully these apprehensions were quickly off the table once these producers lined up next to each other began playing all at the same time. It was more than just a b2b – it was a b2b2b2b. Not only was this unexpected, it was captivating. From midnight to four in the morning the music did not stop sparking the crowd into motion. 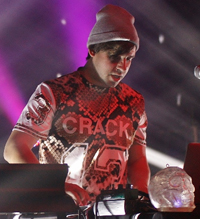 Throughout the show three artists would occasionally step off the stage to let one of them play on their own. Probably the most notable of the four was Eliot Lipp, who seemed to have the lion’s share of stage time that night. Although the Pretty Lights Music Label is relatively new, Eliot Lipp has been working hard in the electronic music scene since the early 2000s, producing under Scott Heren’s (Prefuse 73) Eastern Development label and Hefty Records before PLM. His experience and background were clearly reflected during his solo performances; although sounds by hip-hop based producers are sometimes interchangeable, Eliot Lipp was able to fuse funk, electro, hip hop, jazz, and even disco to create this distinct and multifaceted sound you can’t get from anybody else.

Included in Friday’s performance were several new tracks from Lipp’s latest dark-yet-danceable album Watch the Shadows, available next week on 10/14. 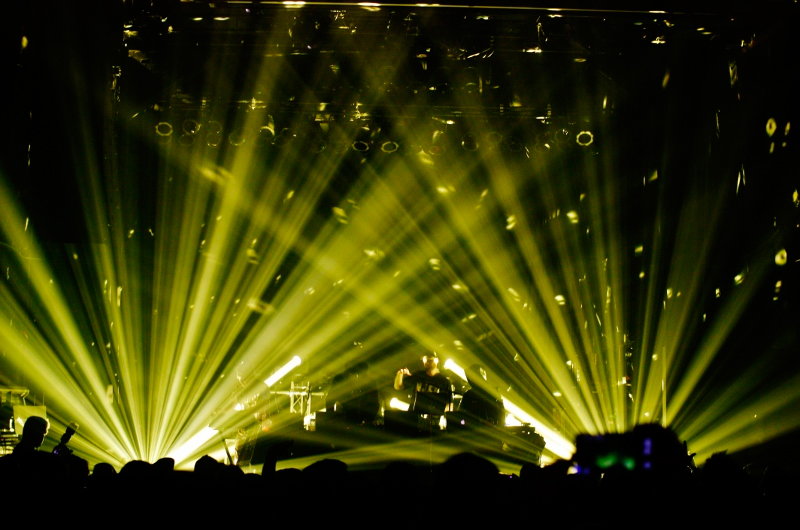