Khruangbin came to tape an episode of 'Austin City Limits'.... 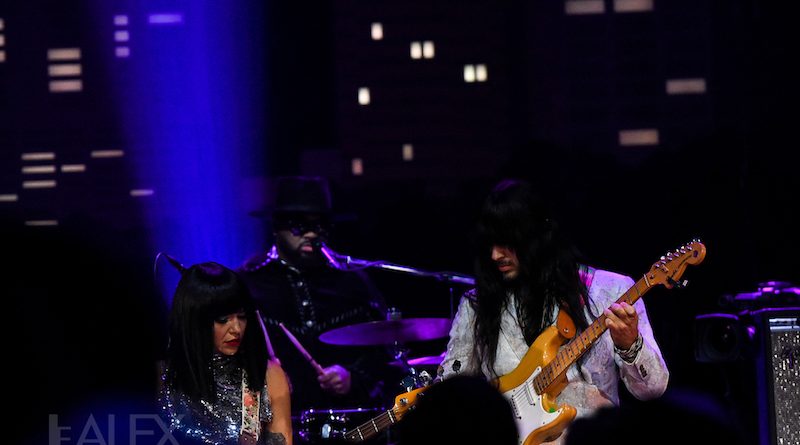 Click here for photos of Khruangbin at 2019 LOCKN’ in Arrington, VA in the QRO Concert Photo Gallery

Click here for photos of Khruangbin at 2019 Pitchfork Festival in Chicago, IL in the QRO Concert Photo Gallery

Click here for photos of Khruangbin at Mohawk in Austin, TX on March 30th, 2018 in the QRO Concert Photo Gallery

Amidst a year-long-plus pandemic, Houston’s Khruangbin has been able to successfully plan and execute a late summer/full fall tour, including a four-day sold-out run at Stubbs BBQ located on the other side of downtown Austin. There is no denying that the trio’s unique blend of Thai, Middle Eastern and Spanish musical stylings are a huge hit amongst psychedelia- and garage-loving Austinite music fans. They came to tape an Austin City Limits episode on Monday, September 13th.

Khruangbin’s popularity from obscurity happened quickly in 2015; The Guardian named them “New Band of the Week” which allowed them to open for established artists such as Father John Misty and Massive Attack. Opening with “The Number 3” and “The Number 4” from Khruangbin’s 2014 EP The Infamous Bill, the calm-but-vibrant energy for their ACL taping was set; audience members swayed along to three of four songs from this under-appreciated first pressing.

“People Everywhere” and“White Gloves” showed off the diverse vocal styles of the bassist/singer Laura Lee, guitarist/singer Mark Speer and drummer/singer Donald “DJ” Johnson. As the tempo increased amongst songs, the audience in turn responded with dancing and a spirited energy that one probably has not experienced in the last two years due to a near-complete absence of live music and public gatherings. Closing the night with popular single “So We Won’t Forget” off of 2020’s Mordechai, Khruangbin left the audience with the anticipation of more live music to come and the reminder that even with the struggles of the current climate of the world, music will continue to serve as a healing power and give people a way to connect with each other and themselves.