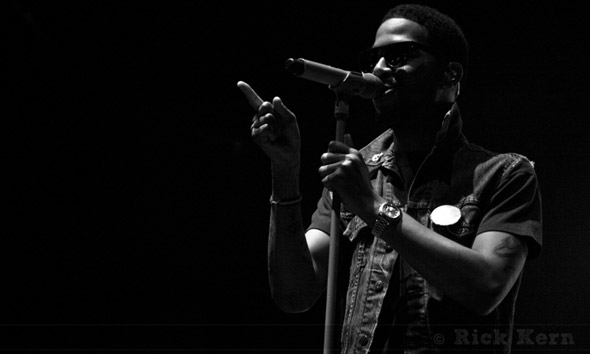 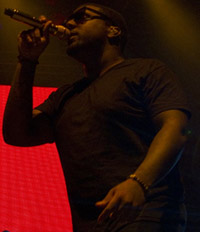 Kid Cudi and Chip Tha Ripper played an audibly excellent, visually so-so performance at Cedar Park Center in Cedar Park, TX on Saturday, July 16th.  Chip Tha Ripper put on a great performance and definitely prepped the crowd for Kid Cudi.  Though while one’s ears were incredibly pleased by the substantial amount of bass and near perfect acoustics, your eyes were left wanting more.  The lighting for Chip more closely resembled that of a small venue hosting a local/unknown performer. 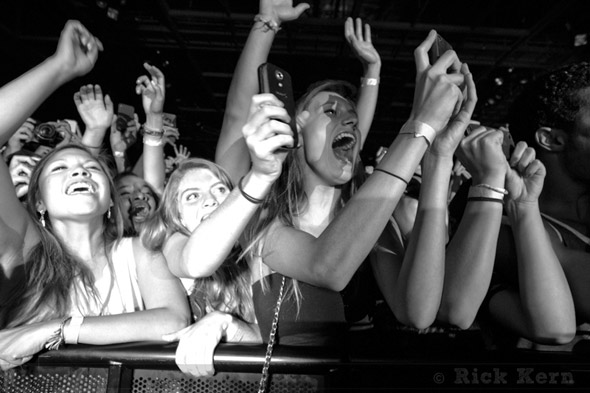 Click here for photos of Kid Cudi at 2012 Governors Ball on Randall’s Island in New York, NY in the QRO Concert Photo Gallery

The Cedar Park Center in Cedar Park, TX can accommodate over 8,000 people – the show looked nowhere near capacity.  The arrival times of people who secured a spots up front varied between noon and 2pm – yet they had a stunning lack of ear protection.  One concertgoer said that he chose not to wear ear protection because he was young and his ears could take it (I had no response). 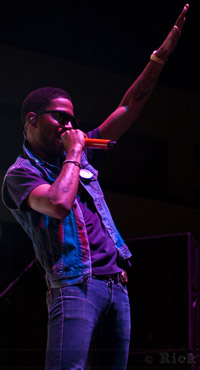 The entire arena erupted into cheering and applause as soon as the lights went down for Cudi to take the stage.  The lighting was significantly better and the audio quality was just as good or better than the opener.  Cudi covered the majority of his hits and a generous sample from each of his albums.  In between just about every song, Cudi seemed to robotically remind listeners to, “Light up” and “Smoke ‘em if you’ve got ‘em.”  The amount of smoke from the hazers on stage was no competition to the near constant clouds of smoke from the audience.  The most enjoyable part of the show was the ‘end’ of the show.  The last six-plus songs were absolutely amazing to hear and see live.  Cudi performed covers of Kanye West’s “All of the Lights” and Jimi Hendrix’s “Hey Joe”.  The night wrapped up with a continuous three-song outro featuring “Cudi Zone”, “Memories” (David Guetta cover), and “Day N Night”.  Definitely an enjoyable show to say the least. 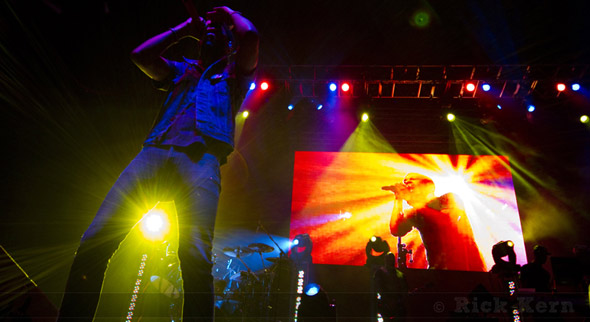