King Gizzard and The Lizard Wizard

The audience got right up front for the psychedelic Australians King Gizzard and the Lizard Wizard’s show.... 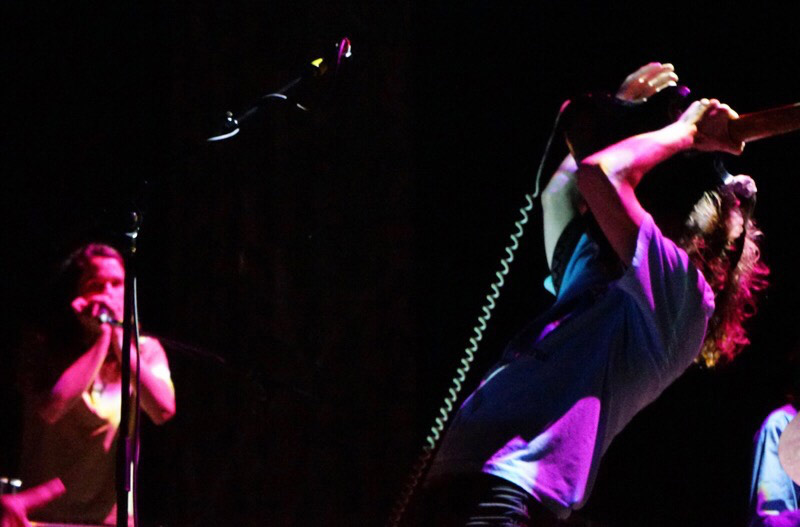 Click here for QRO’s review of King Gizzard & The Lizard Wizard at Mohawk in Austin, TX on September 30th, 2017

Click here for photos of King Gizzard & The Lizard Wizard at CMJ 2014 in New York, NY in the QRO Concert Photo Gallery

No photo pit at Variety Playhouse in Atlanta creates a challenge for photographers, but the audience can get right up front. So they did for the psychedelic Australians King Gizzard and the Lizard Wizard’s show on Wednesday, June 20th that had been sold out for months – the entire venue was super packed. People in the pit said it would get crazy, and it did! In practically no time, three quarters of those in the pit were jumping in unison to this mind-blowing band, nearly like a punk show.

After “The Lord of Lightning”, and before the start of the fifth song, “Cellophane”, singer-guitarist Stu Mackenzie noticed the crowd was already sweaty, so he took a bottled water and splashed it across the pit crowd in a back and forth motion. Since the outside temperatures were in the ‘90s and humidity was high, that audience needed to be cooled down, even with the A/C cranked.

Mackenzie was definitely the main focus of the band. He’s quite unpredictable and a bit of a madman. He redefined how to rock out, with super flexible, almost workout style moves. He liked holding his guitar a bit to the left of his chest as he shook his head and shoulders back and forth horizontally/left to right instead of front to back. Another move involved putting one leg forward and rocking back and forth in a forward motion while facing the right side of the stage. Other times, he would lean forward or swing to the right until his head was about two feet above the floor. Massive flexibility! Twice, he raised his guitar just over his head. He would also pull his guitar high up, just in front of the bottom of his chin – this appeared to be his signature move. With all these great things happening, there was forgiveness for no flute playing at this show (not sure when that happened last).

The other six members were amazing as well. Ambrose Kenny Smith played keyboards, harmonica, maracas, and sang backup. The two drummers, Eric Moore and Michael Cavanaugh, played facing each other in the middle of the stage, directly behind Mackenzie and guitarist-vocalist Joey Walker, who faced each other for the majority of the show. Third guitarist Cook Craig stood to the right of Walker. Bassist Lucas Skinner was behind the drummers a bit to the right, directly in front of a speaker.

Video projections played on top of and/or behind the band nearly the entire time. This created shadows of the band on the back screen, especially when seen from the upper level. The saturated colored visuals varied between large circles, straight and wavy lines, spider webs, bubbles, designs that seemed to flow forward, horizontal, and vertical, and sometimes, there were just layers of colors. Most of the overhead stage lights, colors that flowed down onto the band from above were blue and purple, and red and green. Their visuals are as good if not better than those of The Black Angels.

During “The River”, the official music video played, and light-sounding backing vocals added to the staccato style of the song’s verses. This led into “Wah Wah” where Mackenzie sang, “Wah Wah Wah Wah,” along with the wah wah sounds of the guitar pedal. There was also a short scream before the ending. On the next piece, “Robot Stop” the audience clapped on the quieter lead-in part, before the vocals and guitars kicked in, then there was a sing-along on the more extreme part. The last number was “Gamma Knife”.

The band’s longtime visual artist Jason Galea was in attendance, running the videos at the show. He has always been in charge of all the live visuals, album and video art for the band since the band hit the scene in 2010. His hand was shaken and he was thanked. 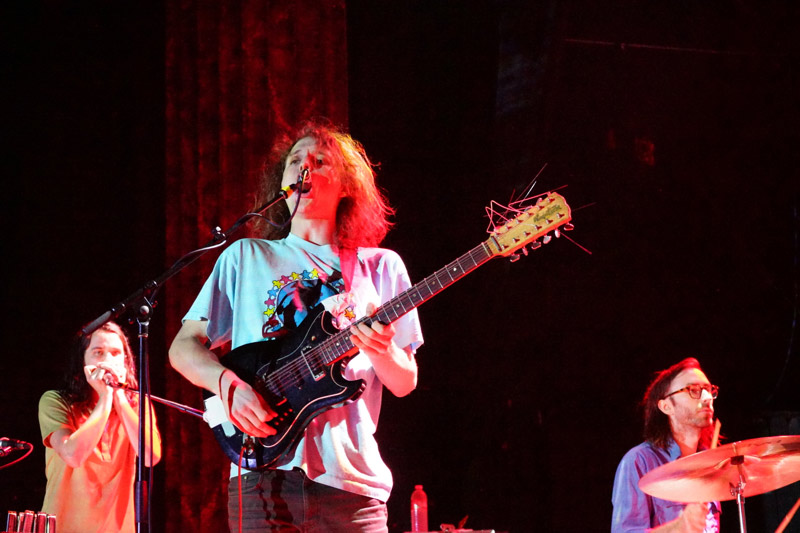 Slowdive – Live at House of Vans