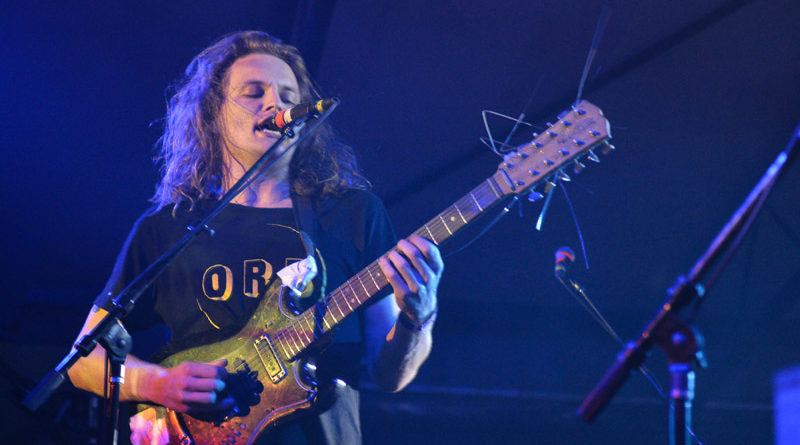 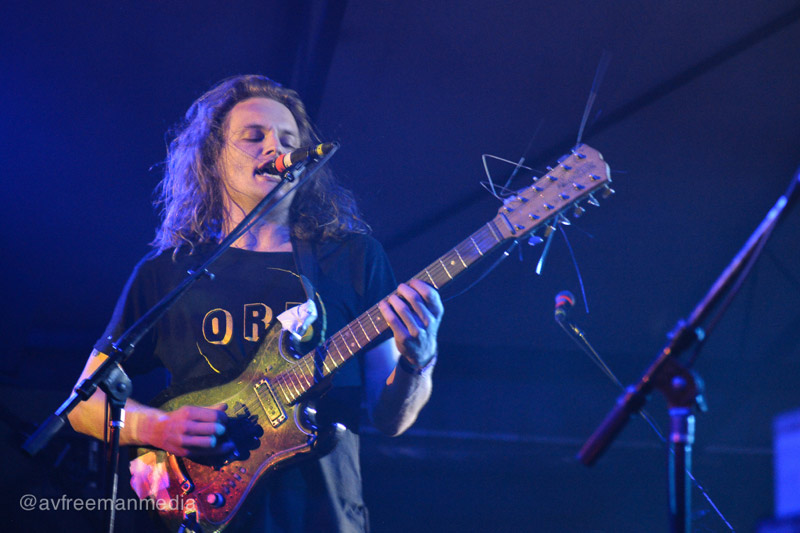 Click here for photos of King Gizzard & The Lizard Wizard at CMJ 2014 in New York, NY in the QRO Concert Photo Gallery

Amidst a year in which King Gizzard and The Wizard Lizard plan to release four to five studio albums (on track as of October 1st with three records out this year), King Gizzard and co. tore through the Southwestern part of the United States with a trio of shows in Louisiana and Texas as part of a month-long U.S. tour, ultimately ending at Desert Daze in Joshua Tree, California in mid-October, and coming to Mohawk in Austin on Saturday, September 30th.

Paying homage to the heavy-hitting prog-rock Australian bands of yesteryear, Stu Mackenzie and his sextet (including dual drummers Michael Cavanagh and Eric Moore) came out on stage to late-‘70s Aussie pub rockers The Angels’ “Take a Long Line” to a completely packed house at Austin’s perennial mid-size indie rock venue, The Mohawk. The venue, whose capacity is 900, features a wrap-around viewing deck as well as several raised platforms area, allowing everyone to be able to see the frantic, and at times seizure-inducing, visual production that King Gizzard projected on a white backdrop behind their live performance. 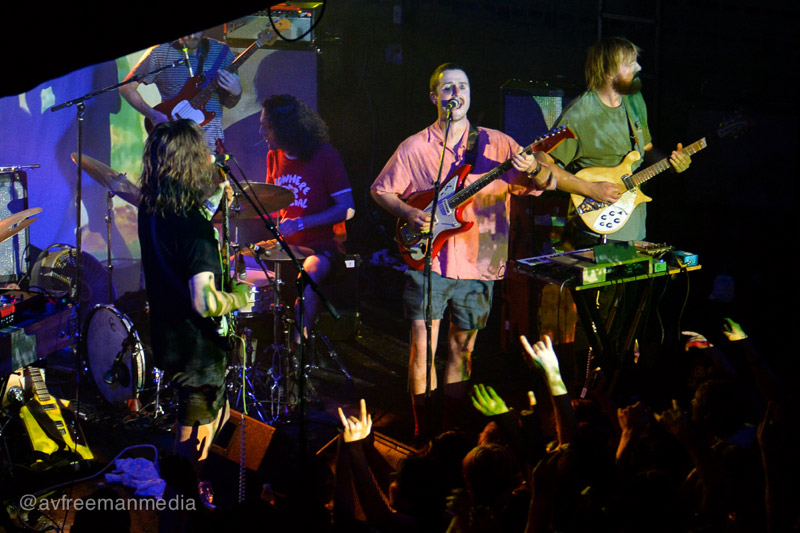 Playing a set list that mimicked the previous night’s performance in New Orleans, Mackenzie and co. blasted through five songs from the album Murder of the Universe, including “Some Context”, “Welcome to an Altered Future”, “Digital Black”, “Han-Tyumi the Confused Cyborg” and “The Lord of Lightning” before a quick interlude from 2014’s “I’m in Your Mind Fuzz” (Cellophane), at which point Mackenzie then strapped on his microtonal guitar to rip into the opening track, “Rattlesnake”, from 2017’s Flying Microtonal Banana. 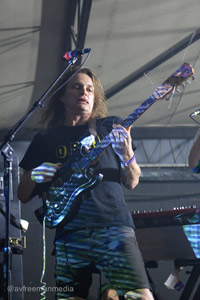 Mackenzie seamlessly went from his twelve-string guitar into his flute, layering a colorful line of music from the wind instrument for the night’s ending “Lonely Steel Sheet Flyer” from 2015’s Quarters!, which featured a ten minute and ten second rendition of the song, which had only been played live on this most recent U.S. tour. The Murder of the Universe Tour gave fans new and old alike a complete helping of the incredible psych-rock music currently coming out of Australia and has us waiting patiently for the new saga of an album that King Gizzard and the Lizard Wizard will bestow upon us soon. 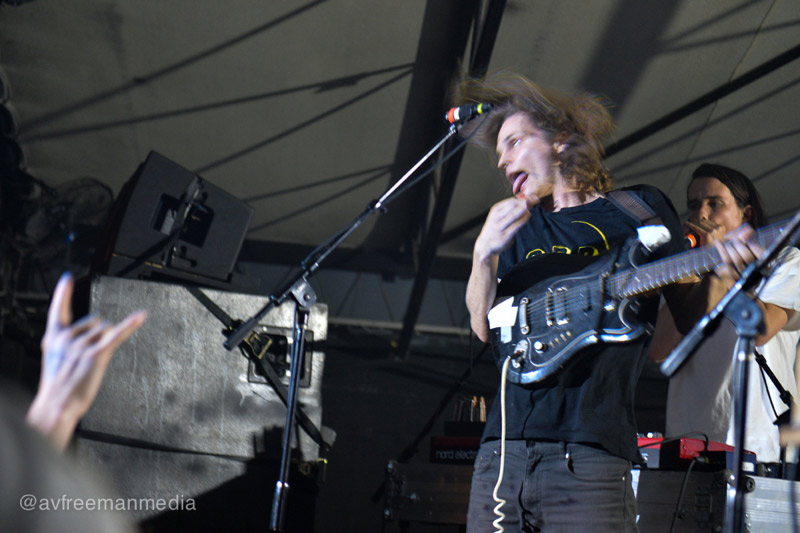