“All right Birmingham, you wanted the best, you’ve got the best. The hottest band of the world: KISS.”... 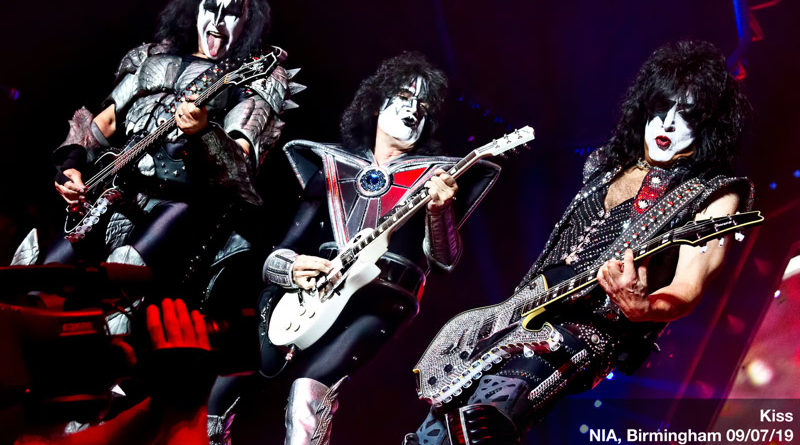 Click here for photos of KISS from GA State Farm Arena in Atlanta, GA on April 7th, 2019 in the QRO Concert Photo Gallery

Click here for photos of KISS from Cynthia Mitchell Woods Pavilion in The Woodlands, TX on August 31st, 2014 in the QRO Concert Photo Gallery

“All right Birmingham, you wanted the best, you’ve got the best. The hottest band of the world: KISS.”

Pantomime season came early to Birmingham when the KISS ‘End Of The Road World Tour’ opened its U.K. leg at the National Indoor Arena on Tuesday night, July 8th (almost twenty years since their Farewell Tour came to town). And what a show it was.

There’s no album to plug, so this was essentially a greatest hits show, but hey – it’s KISS – a greatest hits show was just the ticket. Kicking off with “Detroit Rock City”, the band launched into a high tech high energy set of relentless energy and over the top charisma. All the tropes were present. The blood, the fire breathing, the elevating drum kit, the pyrotechnics, and of course the tongue display that resembles the deployment of an inflatable emergency escape chute at the back of a passenger jet. And all performed before the kind of wraparound back projection and light and laser show that the band more or less invented back in the early eighties. 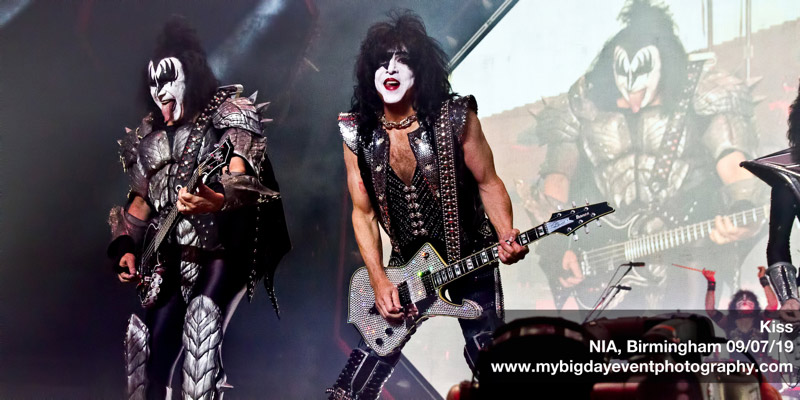 There was plenty of opportunity for the audience to get involved too, including several sing-alongs and a chance to practice their animal noises on “Psycho Circus”. And lots of reminders that back in the day this was the band that created their own careers and saved their drowning record company by reinventing the live album. If any band knows how to give great show, it’s KISS. 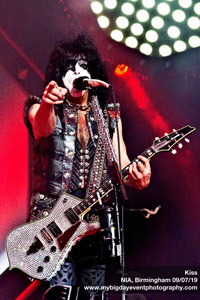 At one point, Paul Stanley dangled from a wire trapeze to make his way above the heads of the crowd to a second stage near the back, while Gene Simmons ascent to the roof of the stage was performed with smoke streams and a hidden lifter so that he actually looked as though he is flying. There’s a silver piano for Eric Singer when he emerged briefly from behind his drum kit to deliver a touching “Beth”. The show concluded with “Crazy Crazy Nights”, “Rock And Roll All Nite” and “God Gave Rock And Roll To You II”, and Stanley’s guitar smashed to pieces all over the stage. By the end the crowd had shouted themselves hoarse and danced themselves into exhaustion. What more could you ask?

Of course you could argue that it was all a triumph of style over substance, and you might well be right, but the truth is that KISS give you get an awful lot of style for your money and as for substance, well sometimes insubstantial is just what the doctor ordered.