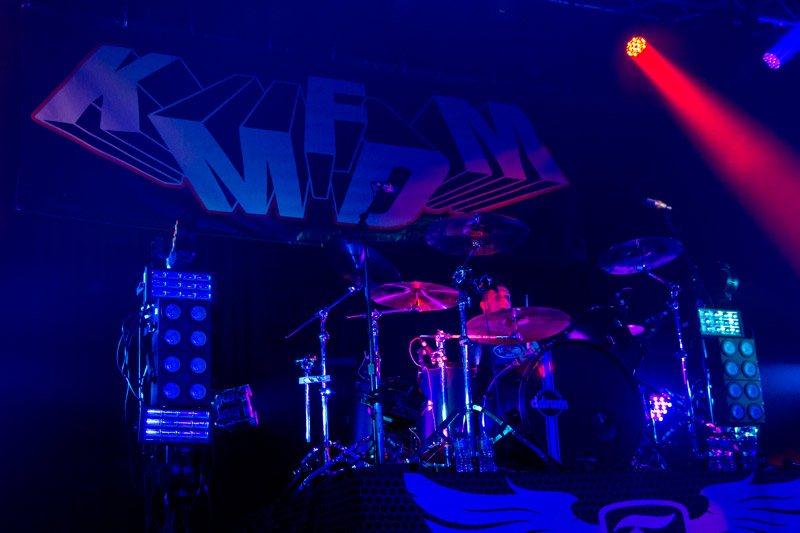 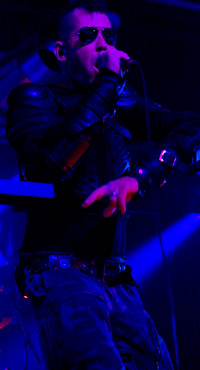 Industrial legends KMFDM reached the outer limits of Long Island on Sunday, November 3rd, when their ‘We Are KMFDM’ tour hit the Emporium, a venue located in the quaint village of Patchogue.  A majority of the set list largely focused on songs from the last third of their nearly three-decade old repertoire.  Only delving into their discography as deep as the mid-90s, 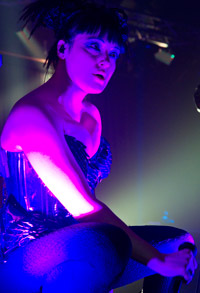 frontman, and sole remaining original member, Sascha Konietzko cranked out the hit “Son of a Gun” from their 1996 album XTORT.

Although traces of earlier songs were recognizable throughout the set in triggered samples, veteran KMFDM fans shouldn’t expect to hear the once prevalent poppy yet dance-orientated song structures that built their storied career.  This latest incarnation of the group has embraced the heavier guitar riffs and darker grooves that followed the split of long time collaborators En Esch and Günter Schulz. 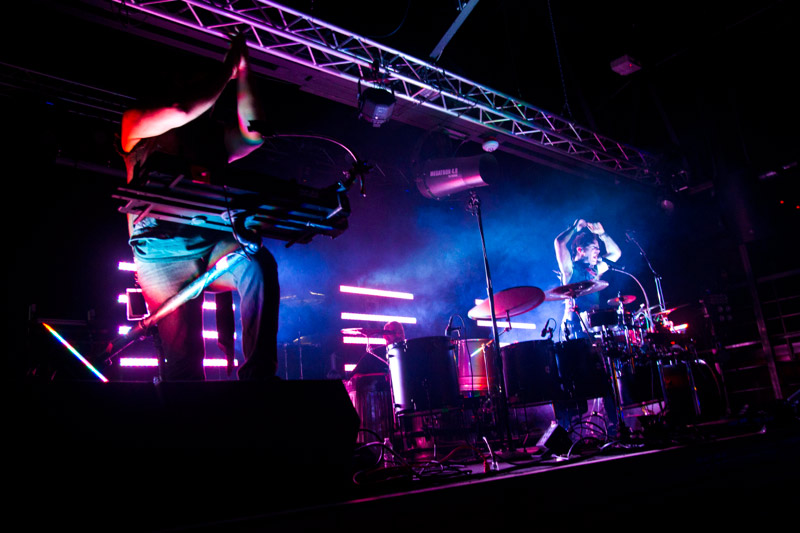 Preceding the headlining act was Austin, Texas based two-piece tribal-infused electro act CHANT.  Poised behind a wall of cymbals, floor toms, and other miscellaneous objects, both members switched duties between drumming and keyboards with front man Bradley Bills covering the vocals.  The aggressive set prominently featured the drumming with the droning keys taking the backseat.  The duo was surprisingly active on stage, however, despite the relatively incapacitating proximity these instruments typically command.