If there’s a style of music where the U.K. has the most strength in depth, it’s probably blues rock.... 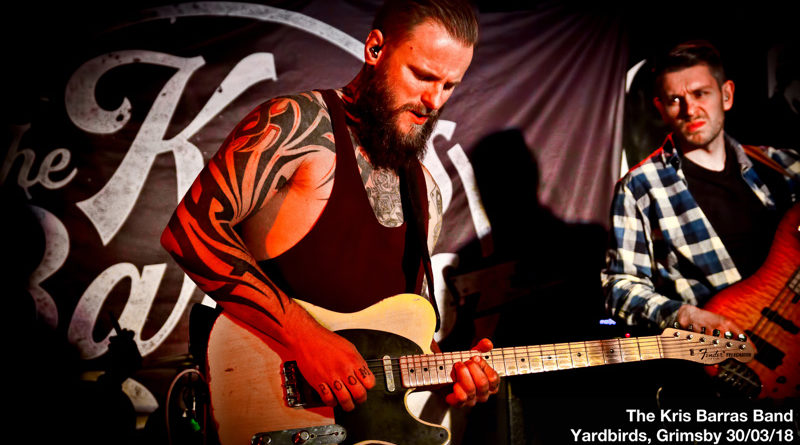 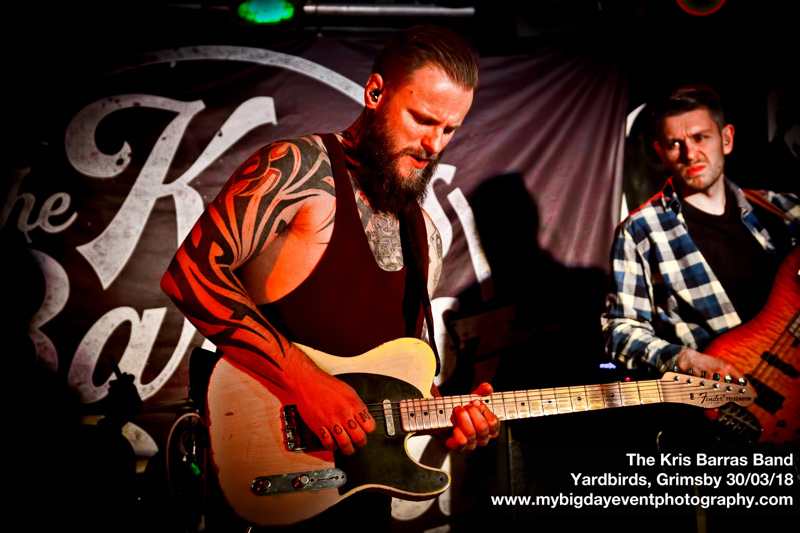 If there’s a style of music where the U.K. has the most strength in depth, it’s probably blues rock, and down at The Yardbirds there’s proof of the genre’s enduring vitality and popularity, as a full house turned out on Friday, March 30th for County Tyrone’s Blackwater Conspiracy and The Kris Barras Band, all the way from sunny Devon. 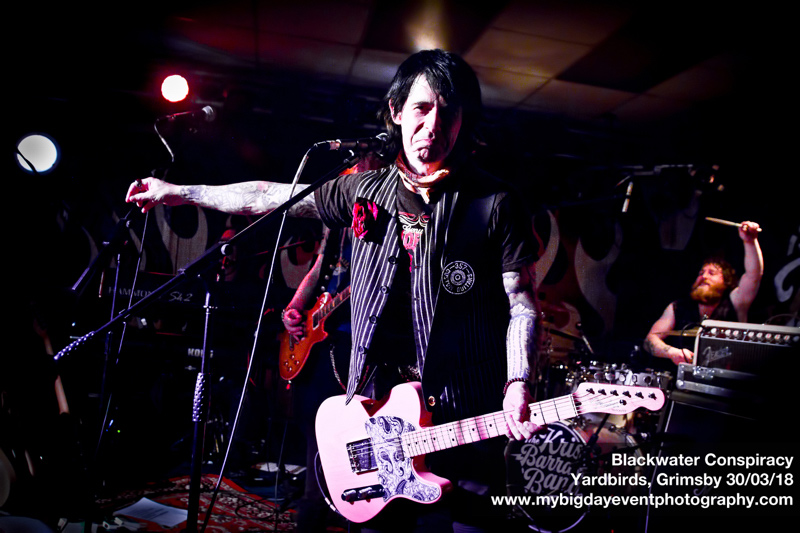 Blackwater Conspiracy were formerly known as Million Dollar Reload, but changed their name and style of music halfway through a gig. Their style of southern blues has elements of country and recalls the early days of The Black Crowes, The Quireboys or Main Street Stones, and last year they delivered highly regarded slots at Download and Ramblin’ Man, so their star is definitely on the rise.

They’ve got a big, swaggering sound, with a great rhythm section, raspy vocals from Phil Conalane, all underpinned by Kevin Brennan’s swirling keyboards. Picking favourites is difficult but “President Joe” is a fine slow burner, and “A Penny For Your Dirty Mind” is a fantastic wig out material. The set ended on a high with “85 Rockstar”, an invocation to “Live fast and leave something beautiful,” which seems like as rock and roll a motto as I’ve heard in a long time. 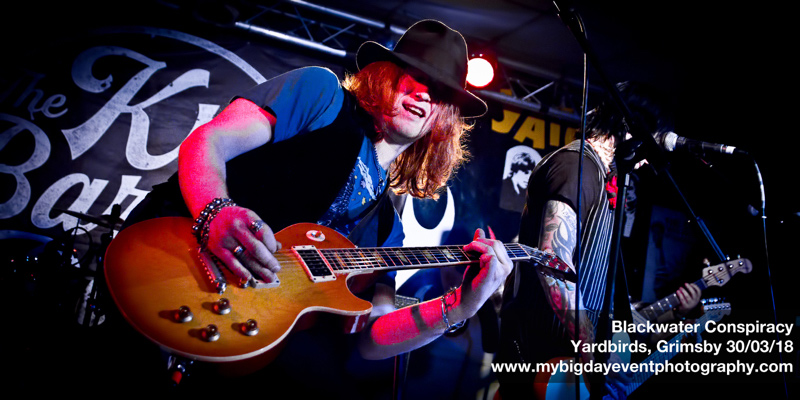 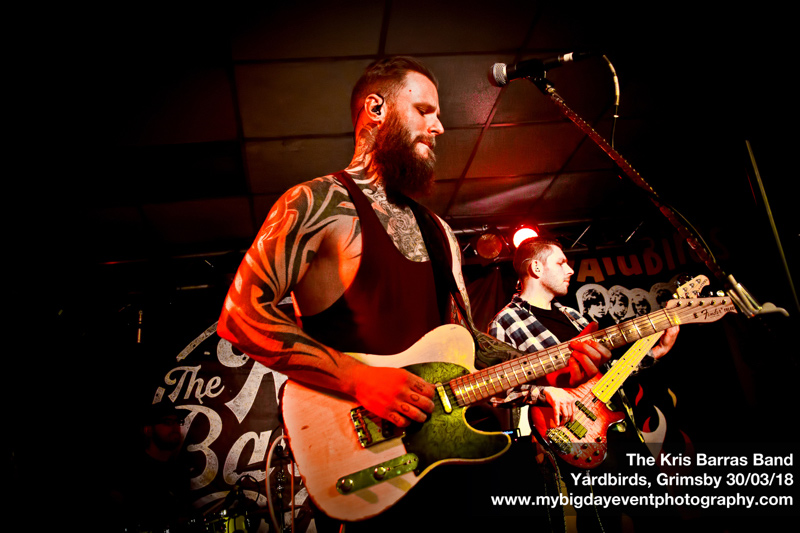 Kris Barras has one of the most relaxed stage demeanours you’ve seen, a hugely muscled and inked frame that gives a clue to his former profession as a mixed martial arts fighter, and a guitar technique that evokes memories of the great Gary Moore as well as greats including The Stones, Led Zeppelin, and Howlin’ Wolf, and contemporary bands like Black Stone Cherry.

Barras took up the guitar at the age of nine, with the encouragement of his bass player father and one of the most affecting songs on the night was “Watching Over Me”, a moving and heartfelt tribute to Barras’ late father, who set him on the road to the blues and played in the band for many years.

The set list was drawn from all three of the band’s albums, but particularly from this year’s The Divine and Dirty, which is at #3 in the official Blues charts at the time of writing. It’s a great piece of work by the way, with some fine songwriting and featuring some of the most stylish guitar licks you’ve heard in a long time.

Highlights included a gospel infused “Hail Mary”, the southern blues inflected “Kick Me Down” and a cover of “All Along The Watchtower”, which managed to shrug off all the baggage with which the song is burdened, as Barras made it his own. On the subject of covers, the band’s reworking of T-Bone Walker’s “Stormy Monday” was something to treasure, proving, as if it was needed, that Barras isn’t just a fine guitarist, he’s also got a powerful and expressive set of pipes on him too, with more than a hint of Bon Jovi rasp about them. “Watching Over Me” was a moving and heartfelt tribute to Barras’ late father, who set him on the road to the blues and played in the band for many years.

Blackwater Conspiracy and The Kris Barras Band are on tour until April 8th, and if you get the chance and you love the blues, then you should go make sure you’re there. 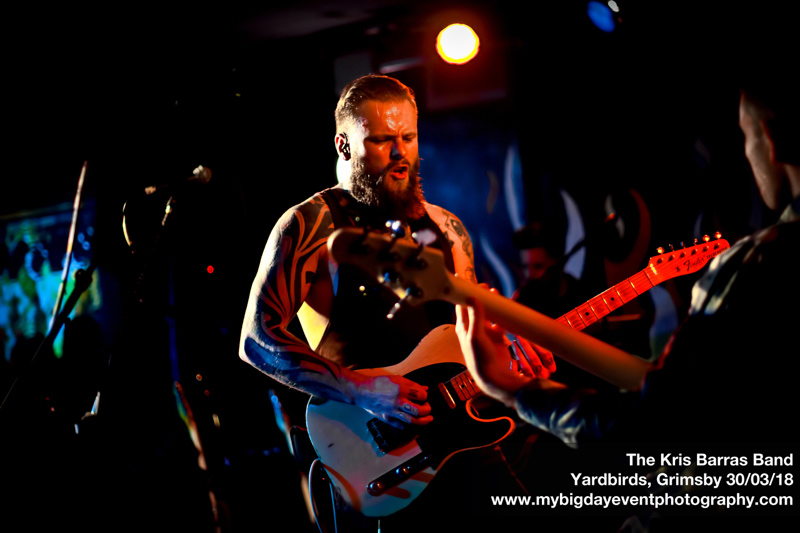