Ariel Engle steps out on her own as La Force.... 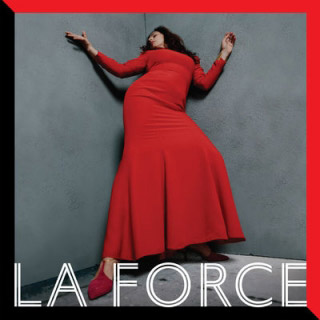 Montreal’s Ariel Engle first came to wider notice when she joined Toronto alt-collective Broken Social Scene in the ‘female vocalist’ role that had previously been held by the likes of Feist and Metric’s Emily Haines. After working with her husband/BSS member/Apostle of Hustle Andrew Whiteman in AroarA, Engle now delivers her solo debut as La Force, diving into a particularly Francophile removed intimacy.

La Force is decidedly a solo record, as even though Engle works with other musicians, it is her soul that is bared in the echoing sadness of “Lucky One” and the slow, distant collapse of “Can’t Take”. There are also much more rhythmic pieces, such as the strong “TBT” and “You Amaze Me”, and brightness to both the open (“The Tide”) and the close (slow goodbye “Epistolary Love Song”).

Between her Broken Social Scene gig and the styles as La Force, Engle will likely accrue comparisons to Feist in particular. But La Force is less pop or bossanova; instead it is singular synth-led tragedy.