West Coast band LA Font gets shout-outs for Pavement overtones. I’m not hearing it. Maybe it’s just because I’ve only heard these two kick ass jamz off their 7",... 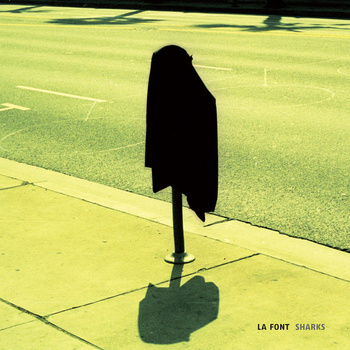 West Coast band LA Font gets shout-outs for Pavement overtones. I’m not hearing it. Maybe it’s just because I’ve only heard these two kick ass jamz off their 7", stream ’em below. Maybe there’s a treasure trove of Pavement-esque LA Font material out there — or maybe a lot of these West Coast music critics are smoking crack and don’t know East Coast indie half as well as they think they do. Here’s what LA Font reminds me of: Q and not U, the crackerjack post punk band that Fugazi’s Ian MacKaye signed to his Dischord label. Love it.

But you know what I’m gonna talk about for this paragraph? Q101. It’s a local radio station that used to play alternative music back in the 90s when the ‘alternative’ tag used to vaguely mean something – but these days, just emo and shit. Anyway, it shut down. Nobody I know listened to the station anymore, but it’s still a sad day. Death of radio. If only people figured out how to make the online internet radio stations really take off, the death of a has-been radio station would be no big deal. But, much like independent music, nobody has figured out how to make independent radio pay yet. Maybe it never will. Meanwhile, the figurehead establishments of indie music die off one by one (even if they died in spirit years ago).Sad to hear that last song play…and then a segue over to endless loops of automated corporate playlists. Dead air.

Catch LA Font on Facebook, Twitter — check out the 7" on Bandcamp and buy it at Sister Records.