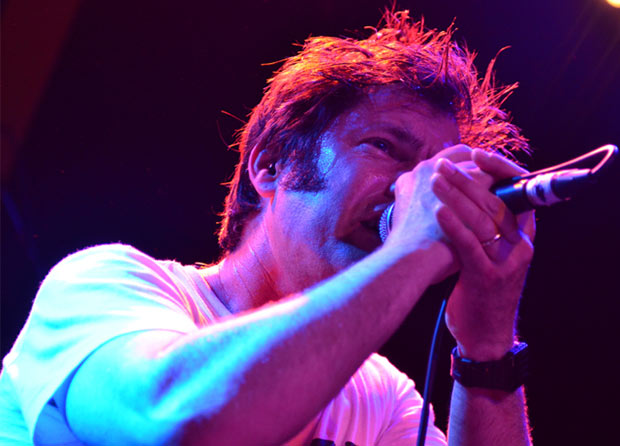 Click here for photos of Lagwagon at Groezrock 2012 in Meerhout, Belgium in the QRO Concert Photo Gallery

Punk rock is not dead, and on Tuesday, June 26th, it resided at Islington Academy in London in the form of Lagwagon.  Formed in 1990, the band has seen pop punk come into fashion and then fade from the mainstream.  This has by no means deterred them, or made them sound stale.  Playing exclusively from their first five albums (currently out as a box set, Putting Music In It’s Place), the music didn’t let up for one minute.  As if their older music had transported them back to when it was written, the band leapt around the stage with an insane amount of energy, frontman Joey Cape even started skipping and doing press ups at one point, as if 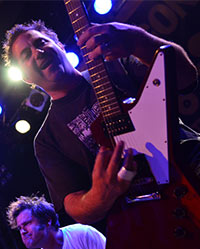 he more than enough energy for the gig and a workout.

Breaking only to chat with the audience, mainly about the condoms that kept being thrown on stage, the momentum of the gig was maintained.  A whirlwind of guitars, drums and speedy vocals that seemed to be over before it even began.  The crowd was entranced, clearly worshipping the punk stalwarts.  Sometimes the music was too fast for everyone to be moving at the same time, a beat hard to discern amongst the sheer noise of 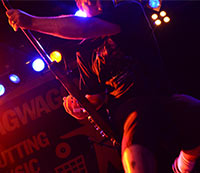 it all.  But knowing what beat they were moving too was the furthest thing from the audience’s mind.

The most noticeable thing about the gig was how friendly and fun it was.  All too often London audiences can be stand-offish and remain unmoved by the music, but the energy of Lagwagon and the excitement of their fans combined into a brilliant gig full of happy faces and a clearly happy band. 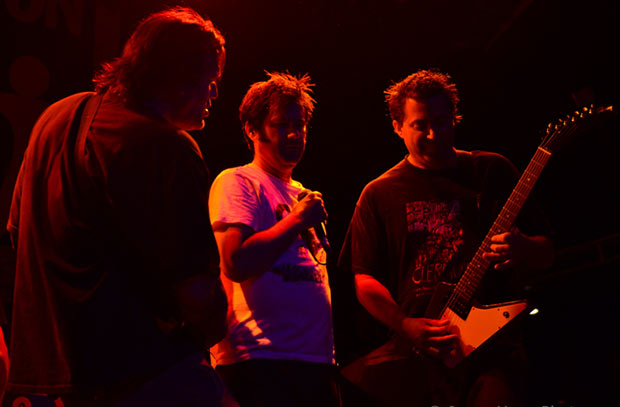