There is definite longevity in the second 'Life' of Lizzie Powell & Land of Talk.... 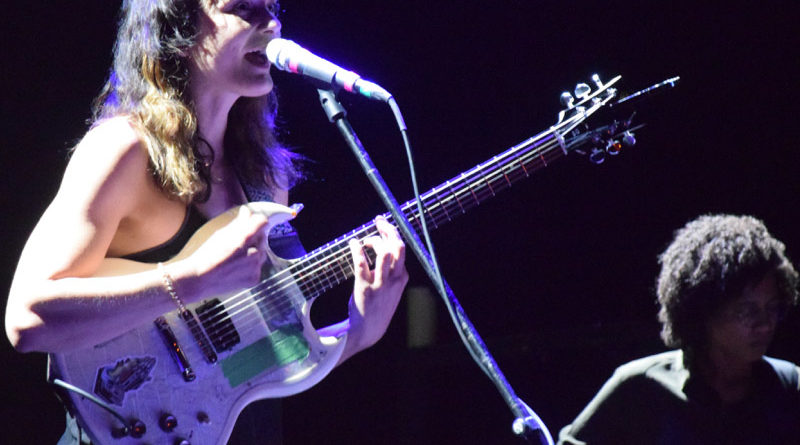 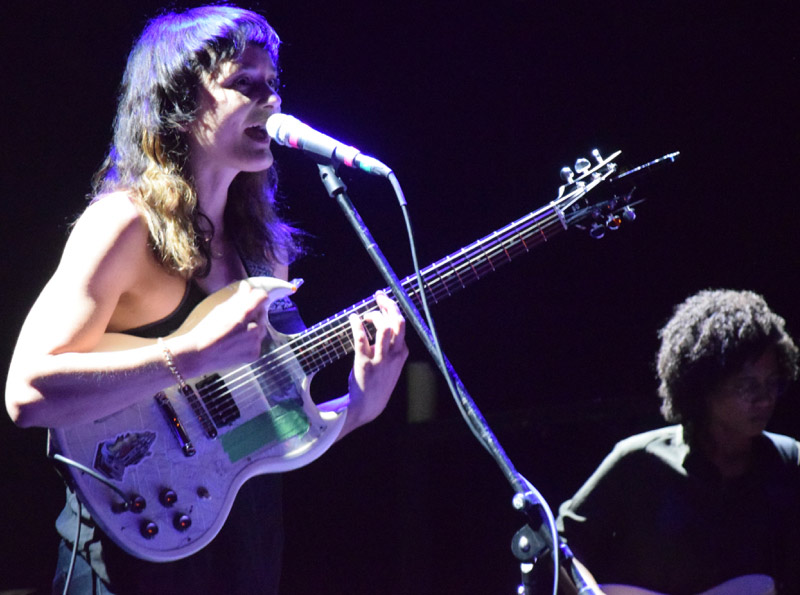 When Elizabeth Powell (QRO interview) broke out as Land of Talk a decade ago, it was very easy to fall in love with her & her music, which only made it that much harder when she seemingly disappeared a few years later, after having surgery for vocal polyps. Now, lots of indie artists don’t breakthrough [even when QRO says they’re gonna, like Land of Talk – QRO live review], and the economics of the business, and of life in general, can quickly take their toll, even if you’re from Canada like Powell. Anyone who likes alternative music at all has artists that they fell for, who didn’t hit it big and had to fold. Which is why it’s been so great to have Powell & Land of Talk back, with new album Life After Youth (QRO review), returning to New York’s Bowery Ballroom (QRO venue review) on Wednesday, June 14th.

The set was naturally devoted primarily to Life, and while that meant that you didn’t hear as many of the songs that made you fall for Land of Talk in the first place, the new material got a new shine. That started with record/evening opener “Yes You Were”, which was even sweeter live. “Spiritual Intimidation” was also elevated, despite, or perhaps because of, Powell’s mess-up at the beginning, as charming and self-deprecating as she was about it. Unfortunately, Sharon Van Etten (QRO album review) didn’t take up the second mike set out for her to reprise her Life guest appearance for “This Time” (QRO review – she was there, poking her head out from the backstage door, but didn’t take the stage), but the song was still beautiful.

Of course, there were still some late greats. Second piece “Yuppy Flu” got massive cheers from the crowd, who were admittedly clearly glad to hear old songs, as did another Some Are Lakes (QRO review) song, the 2008 record’s title track. And the sweetest, best moment of the night was the encore, Lakes’ so touching “It’s Okay”, in which the unprompted crowd sing-along made Powell emotional, replying to the sing-along to opening lyrics, “It’s okay / I don’t even cry,” “Well now I do…” 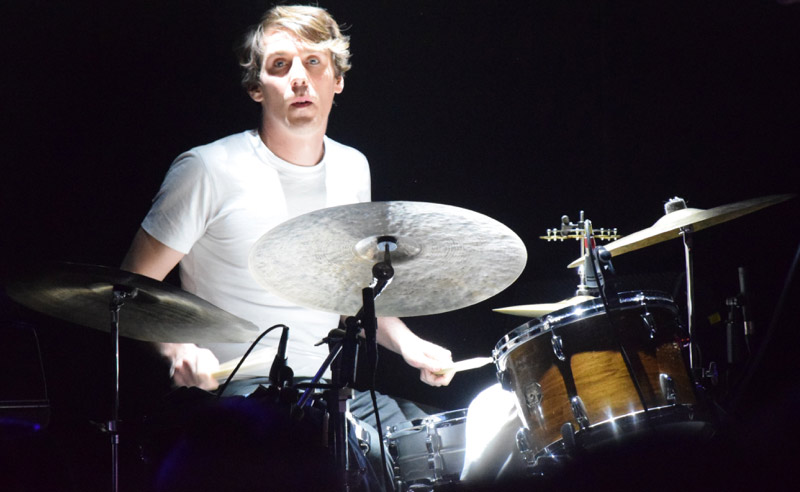 Land of Talk has always been Powell’s project, but she was ably aided at Bowery by original drummer Bucky Wheaton, whose reconnection with Powell sparked the band’s revival, as well as keys/horn player Pietro Amato (also of The Luyas & Bell Orchestre) and bassist Laurie Torres (of Little Scream) – Powell even mentioned the incestuous nature of the Montreal music scene. Whereas at some shows by a sole person-drive project, the introduction of the rest of the band can be sort of boring to the crowd, fans at Bowery were demanding to know everyone’s names. 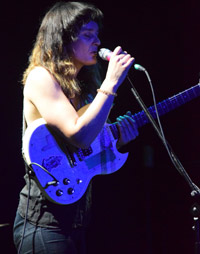 And it was a packed Bowery. Not Powell’s first time playing Bowery (QRO live review), or first time headlining there (QRO photos), or even first time there in the past year or so (QRO 2016 live review), it was still packed to the gills [thus your correspondent’s less than impressive photos]. This actually messed with things at the beginning, as the many bodies muffled the sound somewhat, with folks at the back shouting to, yes, “turn it up!” “You want it louder?…” Powell replied. The crowd was older than today’s millennial hipsters, but a wide age range, from the kids who’d just been kids when Powell first began, to appreciative adult fans that could have been those kids’ parents. Yes, it did skew female, not a problem in the least, with many couples and groups of girls out.

As its title indicates, Life After Youth is a record about being a musician, about being alive, when you’re no longer at least what the music business calls ‘young.’ But there is definite longevity in the second Life of Lizzie Powell & Land of Talk. 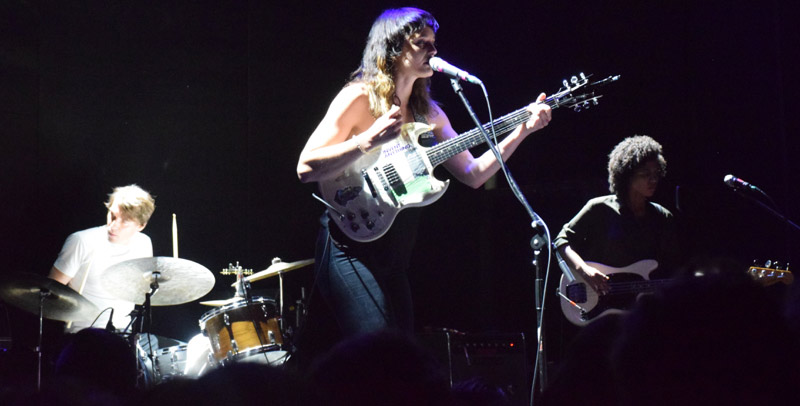