It’s just great to have Land of Talk back!... 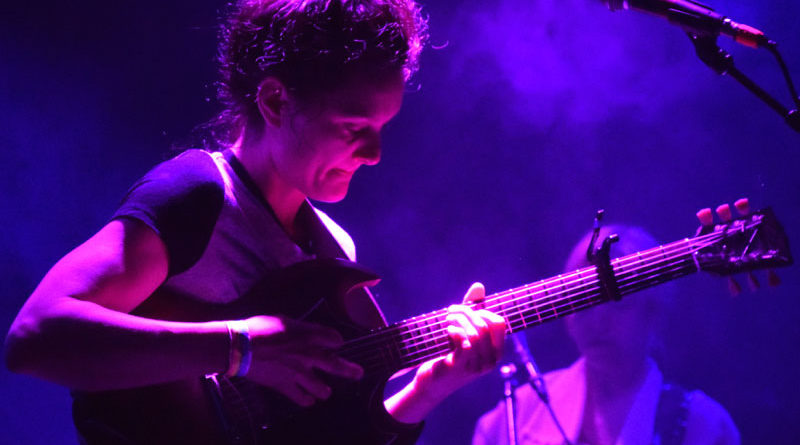 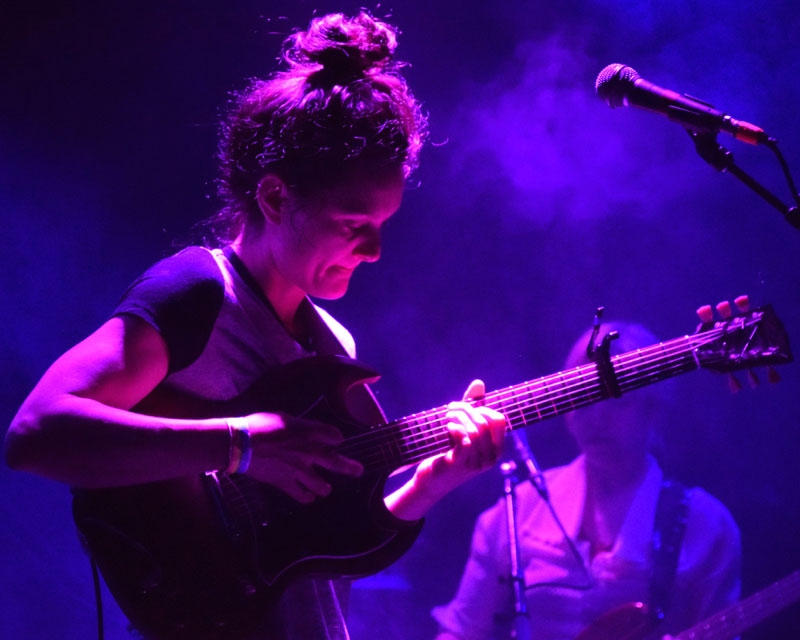 After the likes of Broken Social Scene and Arcade Fire broke out of Canada just over a decade ago, there was a second wave from our friends to the north, including Montreal’s Elizabeth Powell, a.k.a. Land of Talk. She skillfully mixed indie-rock pressure with alt-beauty and just right levels of emotion on 2006 debut EP Applause Cheer Boo Hiss (QRO review), 2008 debut LP Some Are Lakes (QRO review), and 2010 follow-up full-length Cloak and Cipher (QRO review). She had highs, like being a latest ‘female vocalist for Broken Social Scene’ on an album & tour (…Something For All of Us – QRO review), where Land of Talk opened (QRO photos), but also lows, most notably vocal polyps that limited her touring, and eventually seemed to end her musical career. But this year Powell & Talk have returned, displaying new material & old when they came to New York’s Bowery Ballroom (QRO venue review) on Sunday, May 15th on a short return tour.

The final of only four dates (the previous night in Brooklyn at Baby’s All Right – QRO venue review – the other two nights in Toronto & Montreal), the show was primarily dedicated to new material. The years seem to have made Powell’s music even moodier and more beautiful than it had already been, definitely sadder, though she had at least one new song that was the emotion baring indie-rock that you expect from her. There were also some old pieces, “Quarry Hymns” and “Yuppy Flu” at the start, “The Hate I Won’t Commit” in the middle, “Some Are Lakes” going into the encore break, and “It’s Okay” as the only encore song. 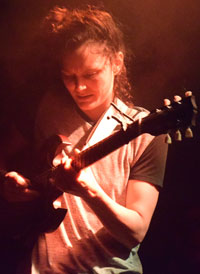 Admittedly, that did leave fans wanting for more (particularly more than just one encore return number), and it was a healthy audience (including folks who had traveled from other cities for the show). The crowd did lean female (including the lovey-dovey couples kissing during the performance; Land of Talk’s music actually fits well for this), though of course there were also a few drunk guys who were too ‘into it’ too early on (will forgive them their obvious crushes on Powell…). Her band was expanded from her usual rotating bass-and-drums backing to a total of five, including keyboards and original drummer Bucky Wheaton. Powell didn’t joke around that much with the crowd because, as she said, she was just trying to keep “my shit together because this is so fucking awesome…”

Yet there was a real confidence to Powell not only playing live for the first time in years, but playing so many new songs live for the first (well, fourth) time. Obviously, we’re all looking for a new record soon (and perhaps QRO will finally get to do that second interview, prevented by her polyps, which we’ve been waiting for since our first one way back when – QRO interview), but for now, it’s just great to have Land of Talk back! 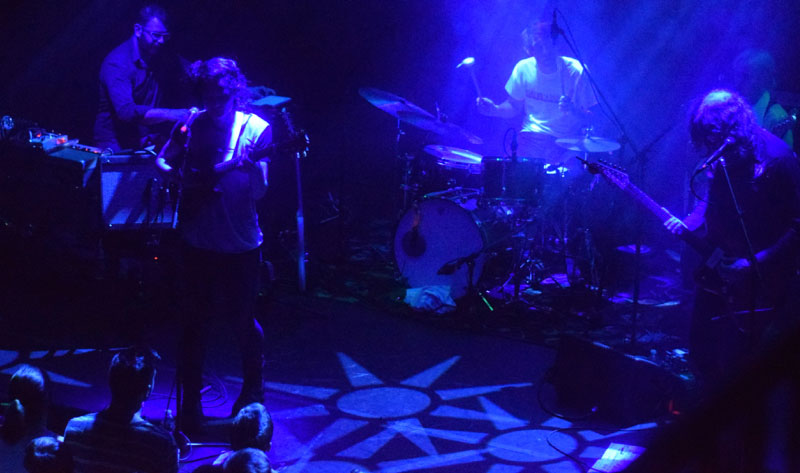