<img src="http://www.qromag.com/wp-content/uploads/2011/03/toginterview.jpg" alt="Tôg : Interview" />Tôg frontman Lars Christian Olsen spoke to QRO about their struggles on being a new band, his past "jerk" persona and why he... 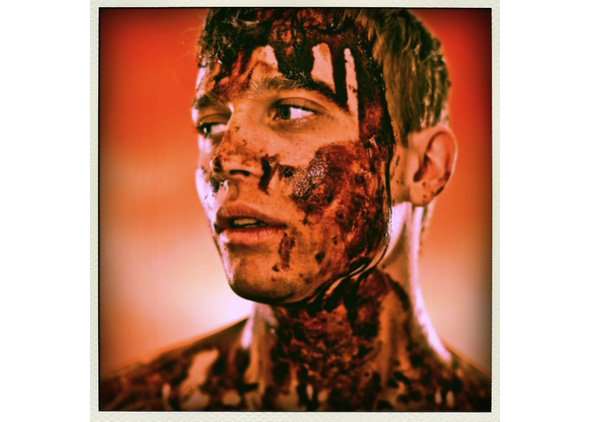 Norwegian natives Tôg are not your typical band.  For starters they were signed after their first show, they consist of seven members, and their best attribute is their ability to remain humble after having a hit single.  Front man Lars Christian Olsen spoke to QRO about their struggles on being a new band, his past "jerk" persona and why he isn’t planning on singing in English any time soon.  Their sound is a cross between electro/dance fused with cinematic sounds.  Tôg is releasing a limited edition 10" vinyl on March 22 in honor of their U.S. tour.  Last year they performed in CMJ (QRO recap), which was just the beginning of their expedition – now they are embarking on their very own tour to show US what Norway has to offer.

QRO: So how was CMJ last year?

Lars Christian Olsen: It was great, we played this magazine party and then we played the Knitting Factory (QRO venue review).  We met a lot of cool U.S. bands like Witch House or Grouny Rock, or garage rock – that’s apparently the thing over there. [laughs] It’s fun; we had a great time.  I hadn’t been to New York before so that was new; it was especially a lot of fun in the Knitting Factory because it was sold out.  Lots of cool people to get to know but are on the same roster than we are.

QRO: Would you consider the music scene different in Norway than here in the United States?

LO: I don’t know, it probably depends on where you are because each scene sort of has its sound.  The past year we’ve had a lot of shoegaze music here, and we’ve had a lot of really crappy singer songwriters, and some Coldplay (QRO album review) and Killers (QRO album review) copies, but we’ve had some really creative music as well.  We have lots of cool bands and cool things happening in the club scene such as 120 Days, they’re on Vise Records, and Serenamenish.  Just lots of really good eclectic music coming out of Onslow as well.

QRO: Is it true that you guys got signed after your first performance?

LO: Yeah, right after our first show we got signed to a label, [laughs] a local label here, so it was a lot of fun.  I knew him because he had signed the other band that I played in, so I knew him from before and then he booked us for that show.  He was really anticipating as he had heard a lot of demos and stuff, and then he just saw the first show and then how much he liked it, he just said, "I want to sign you guys…  You in?"  I knew he was the best in the country for us so after a talk with the band, we went all in!

QRO: Was it a goal to come to the United States or did it just happen?

LO: It sort of just happened because we were playing the Voyage Festival and we were hanging out with Michelle a lot, and she saw two of our shows with Tôg.  And she saw this other band I was in, which was my last show with them because they were doing really well in Norway and Tôg was doing really well, but Tôg is where I write songs and produce and arrange and everything.  So I wanted to do Tôg more than the other band because I was only playing bass there but it was taking a lot of time and energy.  So she saw us and she was really interested in getting us over to the States, and then she wanted to work with us as well because she really liked the live show and the energy there.

QRO: How do you guys feel about having an American fan base?

LO: It’s very intriguing especially since we’re singing in Norwegian, like there are a lot of Norwegian bands that sing in English and I did that before because obviously I speak better English than a lot of Norwegians. [laughs]

But There are a lot of people that really shouldn’t be writing in English in Norway that write in English.

It’s really crappy, they have all these grammar errors and it just sounds like crap because they’re singing about their beach parties and "I love you and you love me," so it just sound really dull.  I’m very passionate about writing in my own language because it’s so much nearer and a lot closer to what you feel and how you express yourself daily.  It allows you to play a lot more with your language especially since I care so much about the poetry in it.  So that aspect I won’t get to give the American audience but I still hope that I can convey some of that mood and feelings that I have into the music itself.

QRO: Do you think you guys will ever make songs in English?

LO: Um… No. [laughs] I’m just very dogmatic about whatever I do these days – I usually just use the same instruments and try to be creative in a certain frame, and, uh, yeah, I only write in Norwegian.

QRO: So there are seven band members, how did that come about?

LO: [laughs] Uh, well, I don’t know, I’m mostly just standing and I jump around and dance so I’m sort of like a vocalist type.  We try to limit ourselves to just playing what we have to play, like what we know is golden.  You know, like there are a lot of bands that everyone just plays through the whole songs and they don’t have any dynamics, you lack a certain depths to the music.  So

I find a minimalist approach, very constructive for the music itself it sort of lets the songs breath.  I just want the songs to speak their own language.

Some people don’t play except for only a couple of parts of the song but still their role is important, it’s always the same types of instruments, but then again there so many of us and there so many different roles of the instruments that we can use, so it doesn’t get boring.

QRO: What is the biggest struggle about being a new band?

LO: Trying to pay rent.  And figure how to have good communication when everything happens really fast, and success comes easily.

QRO: How long has making music been a goal for you guys?

LO: For several years.  I think we’ve all been playing/singing/making music since our early teens so it feels great to make some music we’re really content with.

QRO: How did you guys come up with the name Tôg?

LO: It means "Jerk" in Norwegian and I sort of felt like a jerk when I was making these songs… So, uh, it just sort of turned out that way.

I did some really crappy things so I felt like I had to make amends.  Most people would view me as a nice guy or whatever but there are very crappy sides to every person.

I think everyone should defiantly humble themselves in light of that and cover it with their dark secrets, that’s kind of what I’m doing because I feel like there are people I want to make amends for.

QRO: Are any of your songs apologetic since you were a ‘jerk’?

LO: [laughs] Uh yeah, well "Sansen" is probably the one song, that isn’t even though it sort of is as well, because it’s kind of a testament to the jerks self image. [laughs] Yeah but definitely a lot of the songs are in a way apologetic, but in a way short stories from a perspective, but almost all of it is fiction, even though a lot of it is experience if that makes sense.

QRO: So what does "Sansen" mean and what is that song about?

LO: It’s about a guy who is actually really cocky, like the whole hook line of the song is that, "I see that your liking me," but you can’t really translate it because that word also mean like, "I see that your sensing me," that your senses are alert to me, and the song is sort of describing the eye perspectives of you, of this girl that obviously is really digging this person – whoever that might be.  We don’t know. [laughs] No, but there’s something liberating about just saying something like that because I could never tell you that I see that your really digging me right now because then you would be like, [imitates girls voice] "Uh, no." [laughs] You could never just tell a girl that you see likes you because she would just deny it, unless she sees that you like her as well.

QRO: Why does cinematic music influence your sound?

LO: I think it’s mostly because it’s made to convey the feeling of the movie, and the stories of the people in it.  We want to set a mood for our stories, but it’s also the fact that a lot of film music composers have a melodic wealth in their pieces that inspire a lot.  Ennio Morricone, John Barry and Bernard Herrmann are composers that inspire with an intense dreaminess in their music.

QRO: So was music your first choice or did you have other career plans?

LO: I was considering other options definitely; I had a previous band and then I was really considering if I was going to continue playing music at all.  Then I went on a pilgrimage, then sort of found out that, yeah, I’m going to be playing music for another while.  There’s not a lot about that attention that I like that, much because it’s sort of scary.

QRO: What advice would you give anyone in a competitive field such as music or art that is trying to achieve their goals?

LO: Wow.  I really don’t know.  I wouldn’t make music if I really didn’t feel I had to, I rarely try to advise people at all to try to make a living off of music, both because I can’t so far and because there are so many challenges, both publicly and personally.  We haven’t even begun to talk about the artistic challenges of making truly great music.  Artists’ life in many ways sucks.  People use drugs, become vain, lose touch with their families and friends because they’re on tour all the time, and are filled up with an amazing emptiness when they get off of the stage.

But I guess that’s what people want for some strange reason.  So onto advice, try to stay sane, find yourself a cheap dungeon and make some music.  Never stop being humble and learning from people around you.  You are not the shit.  Even our producer who has worked with The Libertines, Klaxons (QRO album review), and many others always tries out new stuff and learns from others around him.  That’s what makes him great.  Humility is key.

QRO: Is Tôg into fashion?

LO: Yes and most definitely no.  I and Marte care a lot, while the others don’t care as much as we do.  We’ve been talking to some clothing labels about cooperating and have had a lot of positivity, but nothing more than free clothes so far.

QRO: Who are you listening to right now?

QRO: Any band or artist you would like to collaborate with in the future?

LO: 120 Days is a band I respect a lot.  They do techno/kraut in a way I only dream of, so naturally having someone like Ådne on board would mean a lot for an upcoming release.

QRO: What are some things you see Tôg doing in the future/future goals for Tog?