<img src="http://www.qromag.com/wp-content/uploads/2010/06/lcdsoundsystemjun4.jpg" alt=" " />The cult-followed electro-punk band LCD Soundsystem performed what is rumored to be their final Los Angeles show at the Hollywood Palladium. ... 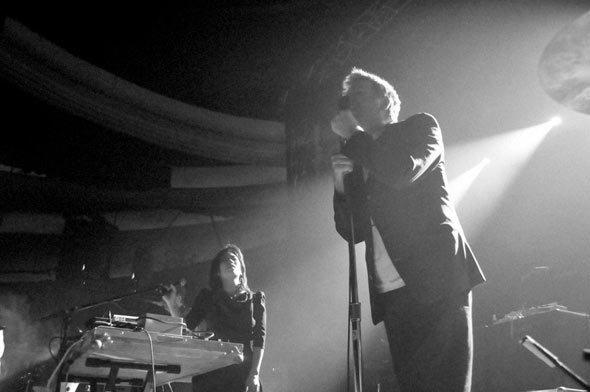 The cult-followed electro-punk band LCD Soundsystem performed what is rumored to be their final Los Angeles show at the Hollywood Palladium on Friday, June 4th.  LCD frontman and mastermind James Murphy delivered to his sold out audience with a forceful, high-energy dance party.  And with the recent release of their new more melodic album This Is Happening, the band has managed to round up a new group of enthusiasts, which was evident through the concerts attendees: a mesh of diehard LCD-heads danced their asses off in the sweaty overcrowded pit, while stylish hipsters perused from the mezzanine.

Following the lighter disco-pop tunes of opening band Holy Ghost! (QRO live review), LCD thrashed directly into a forceful set with “Us v. Them” from 2007’s Sound of Silver (QRO review).  The audience responded with immediate gratitude by moving their bodies and repeating, “The time has come, the time has come today” as a sort of 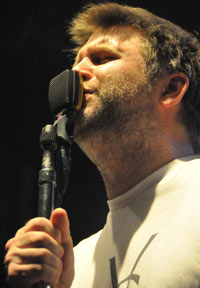 mantra, reminding them they were indeed seeing the LCD Soundsystem live.  Soon after, during their third song “Get Innocuous!” a faulty piano halted the show’s progressive flow.  As Murphy playfully remarked, “We broke the piano,” the crowd may have slipped the Eno-esque icon a pity laugh, but their frustration was palpable.

The performance eventually regained momentum, partially due to newbie fans appreciation of 2010 track “Drunk Girls”.  However, by the time the band jammed out to both “Tribulations” and “Movement” from 2005’s self-titled LCD Soundsystem, the crowd devolved into late ‘90s mosh-punk shoves, a twist that left only longtime fans in a state of unrivaled excitement.

As Murphy uttered the infamous first words of “New York, I Love You (But Your Bringing Me Down)” during the four-song encore, it was apparent the show was coming to a close.  But just as melancholy sentiment came over the crowd, the 2007 track fused into an unexpected cover of Alicia Key’s hit “Empire State of Mind”, ending the night on an uplifting, though slightly incongruent, note. 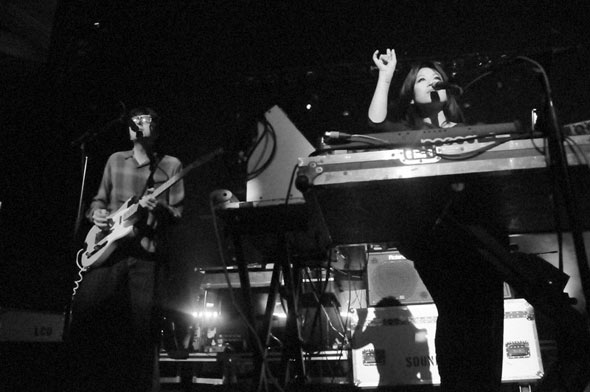