The Le Guess Who? in Utrecht, Netherlands, is much probably the most important music festival in its country. It’s true that there are also the Best Kept Secret and... 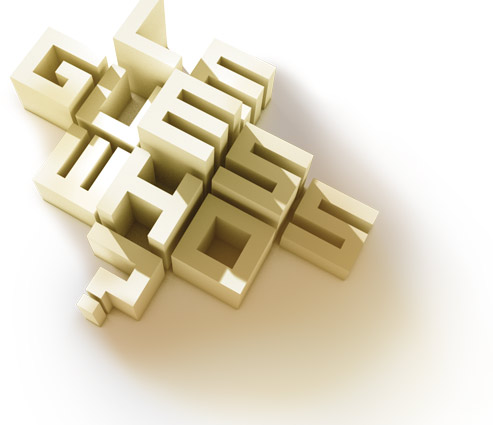 The Le Guess Who? in Utrecht, Netherlands, is much probably the most important music festival in its country. It’s true that there are also the Best Kept Secret and the Pinkpop, but the Le Guess Who? has got this thing, a bit à la Primavera Sound, where each year has a underlying theme or tendency that makes it unique. This year, it was experimentation. But anyway, such a festival always ensures a wide range of artists will perform, so we can have Einstürzende Neubauten and Bonnie ‘Prince’ Billy, Trans Am and Josef van Wissem coexisting in the same environment, Thursday to Sunday, November 21st to 24th.

The most important novelty of this year’s LGW? was the use of the Tivoli Vredenburg, an enormous building close the central train station with five venues, where most of the festival was carried out, with stages that ranged from the old Grote Zaal (The Big Room) for 3,000 people and dating from 1978, to the smallest Pandora or Hertz at the top of the twelve-story building with a capacity of around 300 either stood or seated. 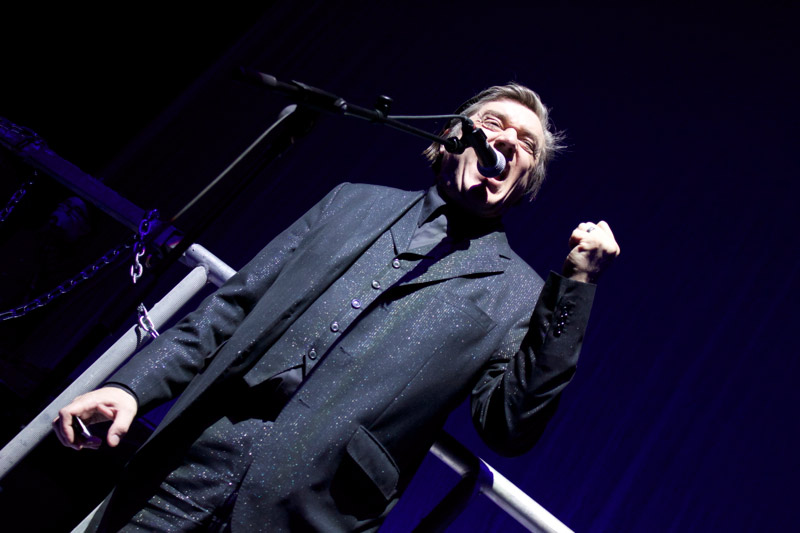 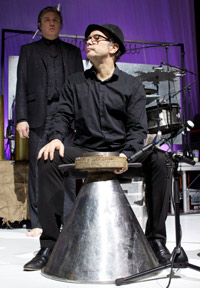 It was precisely in the Grote Zaal where the festival started with Einstürzende Neubauten, immersed as they are in their revision of World War I. In a concert that lasted 97 minutes, filled with their usual metal structures, their PVC tubes used as tribal instruments and their sense of noise and sound, the German combo reminded where people like Fennesz or Apparat come from. Industrialism, the absurdity of war, the unsung heroes of the armed conflicts and the poor and weak had all their space in a set that was the best way to start the LGW? setting the benchmark very high for whoever came after.

At the same time, in the old Tivoli de Helling, veteran Carla Bozulich followed a similar musical path but done in a more traditional way, with current and common instruments, but with equally effective results. Songs like “One Hard Man”, from the album Boy, where some of the gems she offered to an audience that included Swans’ Michael Gira. A real discovery (better late than never!)

Elsewhere, we had Silver Apples giving a lecture on how electronica has to be done, and Portuguese band Fumaça Preta sounded a bit rushed but good enough to complete a good first night of the festival. 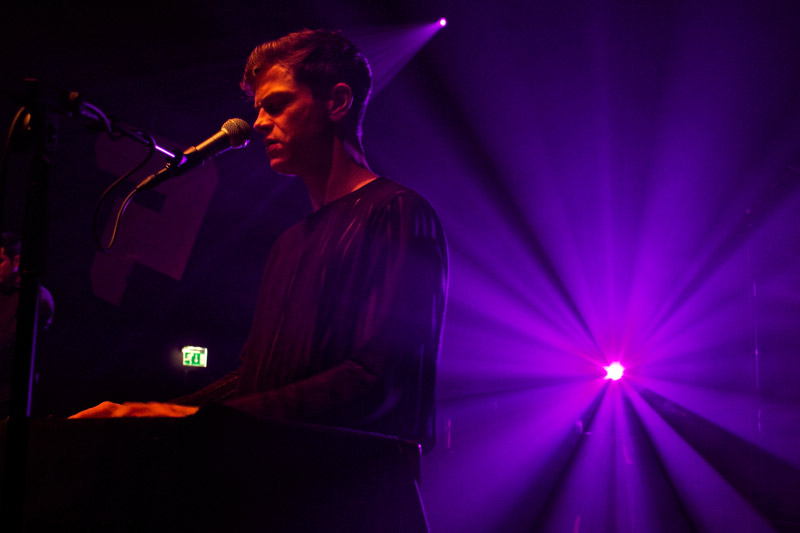 Friday came and again we started at the Vredenburg, but this time we went to the small Pandora venue, packed even in its balconies to watch Perfume Genius. Mike Hadreas was a real contrast to most of the line-up of this year’s LGW? but his honesty, shyness and proximity with the audience were evident since he appeared onstage. “Queen” and “Mr Peterson” were some of the highlights of a superlative concert. Then, Bonnie ‘Prince’ Billy at the Ronda stage turned the concert into one of is usual celebrations of life and music in this venue that’s inviting since the moment you get in, as you always get a good perspective of the stage and with someone like Oldham on it, it’s difficult not to enjoy the performance. 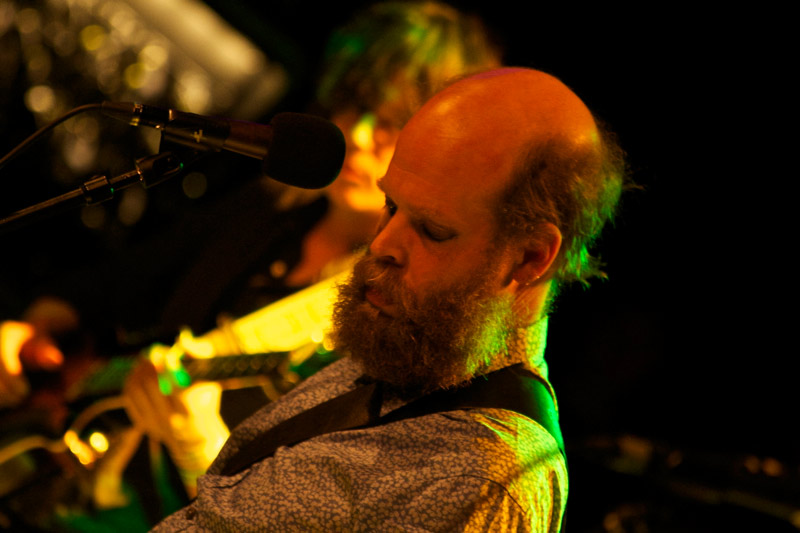 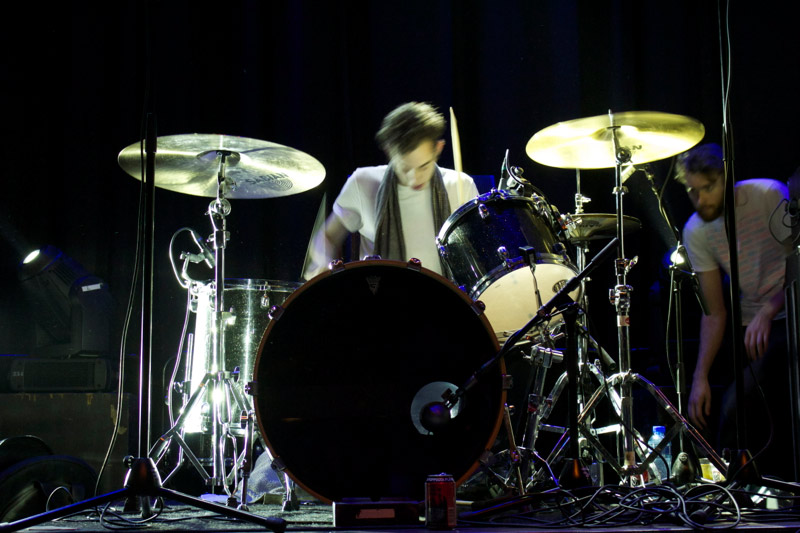 Back at the Pandora, Iceage became the real disappointment in this year’s LGW?. Not that their music is wrong, but the attitude is, this typical and topical mix of English cockiness that either you accept it or you don’t, and it totally disagreed with us. And we were right to leave to go to the Ekko bar to watch Trans Am. One of the lesser-known post-rock bands of the late ‘90s, their blend of electronica, rock, technical prowess and humour it made for the shortest 50 minutes of music we’ve seen on a long time. We simply wanted more! 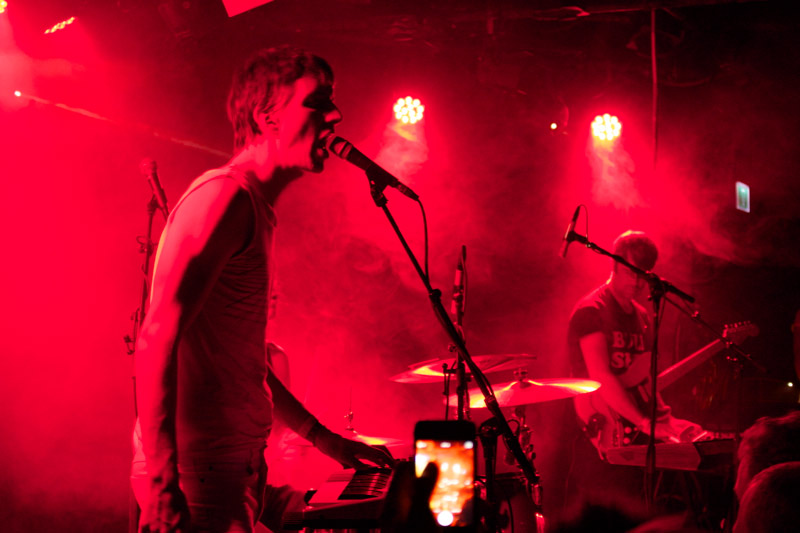 Other venues like the Rudolf Magnus had Korean cellist Okkyung Lee who, despite playing a very short set, displayed a sense and noise really unexpected, overall because of that, because she played the cello. Think of the Sonic Youth of the ‘80s, in their most stark and crude version and you’ll have an idea on how to strangle such an, otherwise, beautiful instrument. If they tell you, “Oh, she’s killing it!” it’ll probably be literal.

The third day of the LGW? 2014 was spent, mostly, at the Tivoli Ronda. The Mouth to Mouth string of concerts curated by Michael Gira, the brain behind Swans, started with Baby Dee and her picturesque sense of wonder and melody. She has had, to be extremely simple, a very curious and rich life and that was evident in the multiple drops of bittersweet humour and melancholy she stuffed her set with. A nice and relaxing way to start the evening that only misled us about the storm that would came upon us. 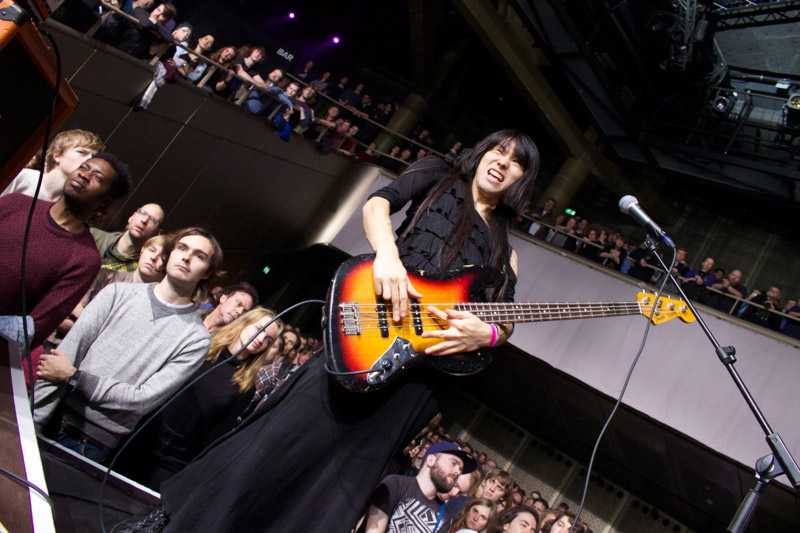 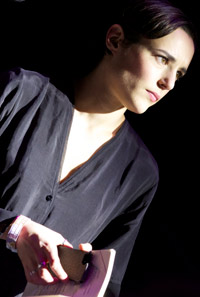 Words To The Blind is a set that combines the powers of Savages and Bo Ningen. Inspired by the Simultaneous Poetry of the Dadaists, the stage is set in a U shape so both bands face each other and from a base of pre-arranged music (that was only rehearsed once), bursts of sonic experimentation occur, like a battle of bands, but seriously. After a long soundcheck in which it was fun to see Savages’ bassist Ayse Hassan’s reactions, smiles and smirks (she’s very expressive and that’s really fun), the energy fluctuated between both sides of the stage until the explosion happened. Really surprising, more so when the result has nothing to do with what both bands are known for: their mix of solid and progressive post-punk (Savages) and the no less progressive take on Can and their avant-garde rock (sorry to be so simplistic, I have not time and space to extend my reasoning). Best of this is that Words To The Blind is now available as a record, so you’ll all be able to have a clear picture of what it means. Best gig of the LGW? 2014 for its unexpected nature. 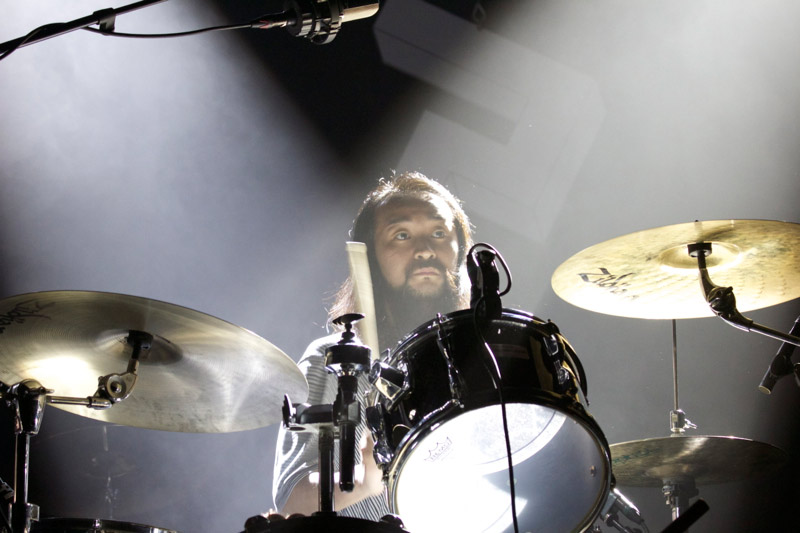 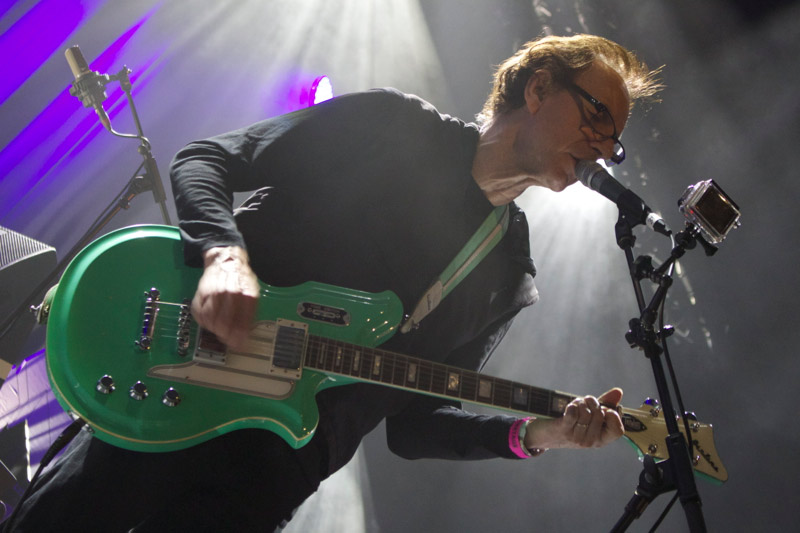 Wire were next on the bill. Another of the post-punk classic bands, they didn’t focus on that, but instead they decided to mix the urgency of their most punk compositions like 2003’s “23 Years Too Late” with the forward thinking approach of other ‘80s tunes like 1986’s “Drill” with its more dancey feel and current rocky creations like last year’s “Doubles & Trebles”. So you can be assured it was not a nostalgic trip. Wire know about their legacy but still are restless. 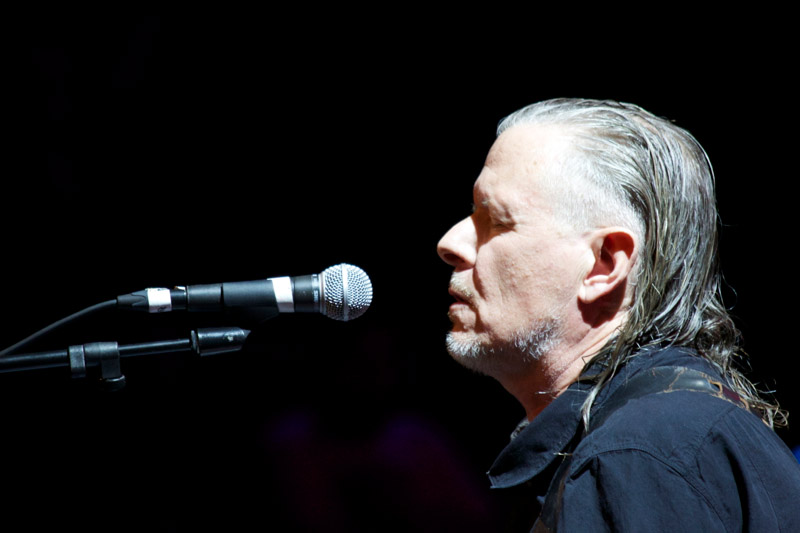 When Michael Gira is onstage, the atmosphere changes. Any of his shows fronting Swans has a depth and a feeling very hard to find these days. One Neubauten fan told me in the first night: “When you understand Neubauten and Swans, you understand music.” Maybe I don’t know music as it’d be very difficult to explain what Swans is about as the feelings are diverse and complex. But the power, noise, love, hate, hysteria and desperation one feels are something hard to assimilate.

The band is ever shifting, ever evolving. Sometimes, the set is louder than hell, like at the Primavera Sound 2013 (QRO photos). Others, like in Utrecht, the muscle of their music adapts to the venue but that doesn’t mean we don’t get the wall of sound that is the main trait of Swans. And the band and Gira seem to have so much fun it’s inevitable to feel admiration for them, for that they still do their own thing and still captivate and connect at such emotional level with the audience. 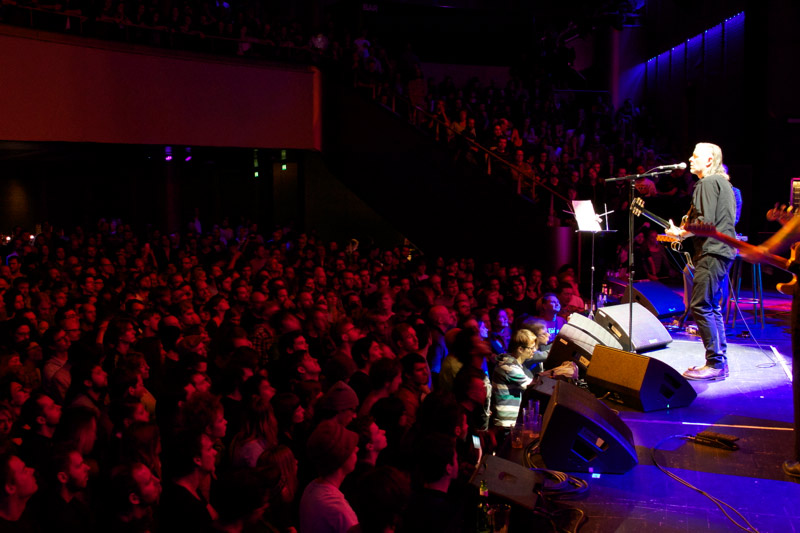 The day ended with Autechre. Yet another gig in total darkness (that didn’t change) but it was a performance with two parts: one with no order and no, say, storyline or repetition whatsoever; the other more dance-oriented without being proper dance electronica. Such a concert left us thinking Autechre could be the ideal music to send to space, instead of Chuck Berry’s. The latter is the unofficial king of rock and roll, but the formers speak a totally different language, a different code we think an alien would find suitable.

In between gigs of the Mouth to Mouth Session, Hauschka gave an incredible performance at the beautiful church of John, the Janskerk. 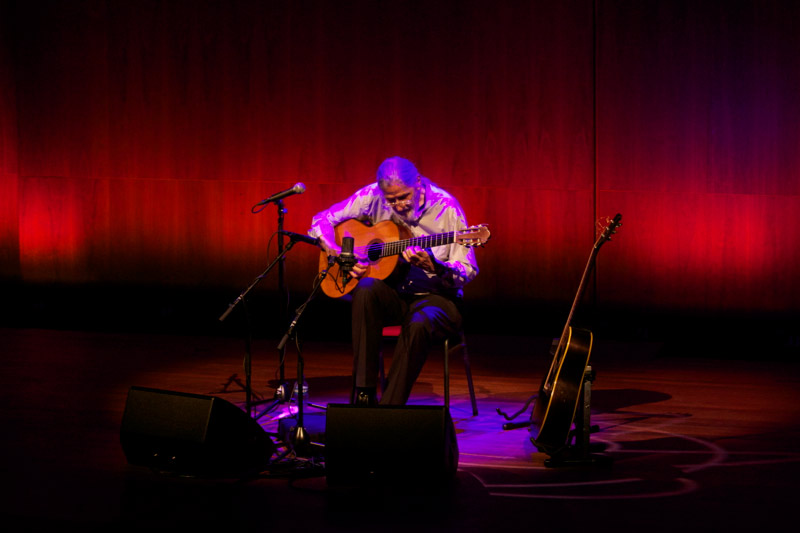 The Hertz room at the Tivoli Vredenburg, with its calm atmosphere and seated capacity was the ideal place to start the last day of the Le Guess Who? 2014. Folk veteran Peter Walker was first onstage, offering his mastering of the folk art with tunes old and new. His charm and kindness gave way to local hero Josef van Wissem. The magician of the palindrome, fully recovered of his collaboration with Jim Jarmusch, completed a short set of repetition and labyrinthine music with pieces such as “Proempticon”, of incredible, timeless music that feels like submerging in a calm lake. 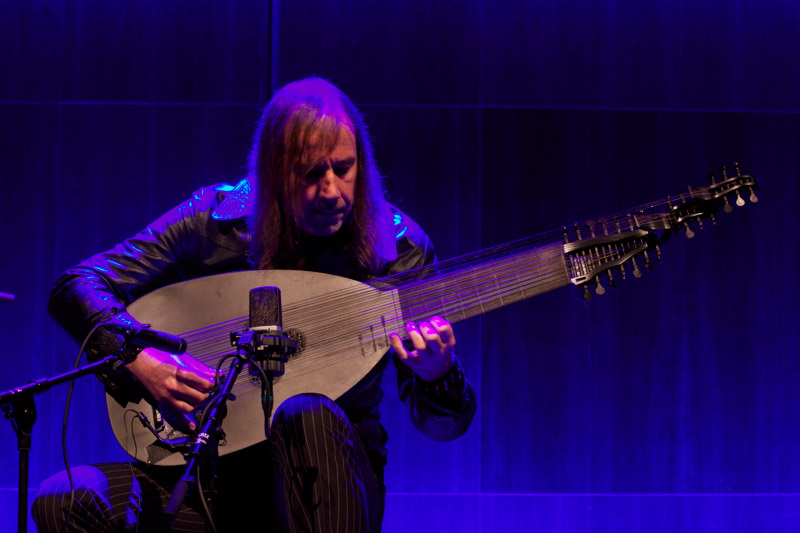 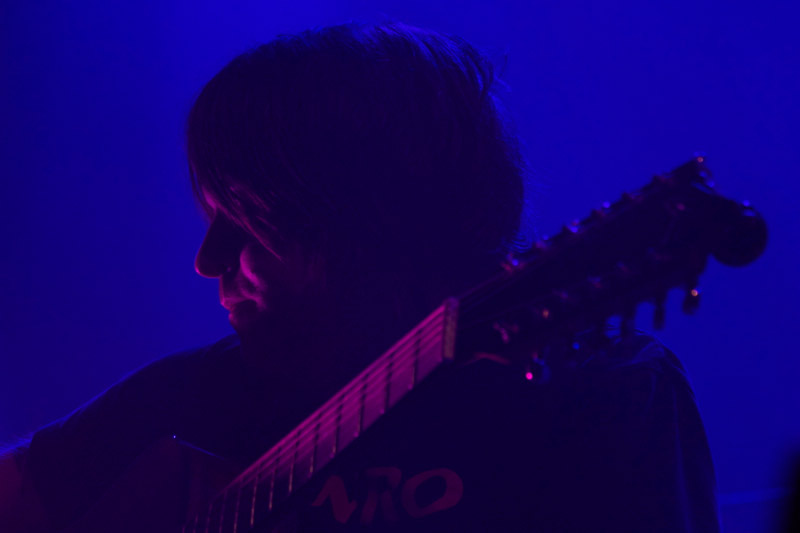 James Blackshaw, fellow band-mate of van Wissem in Breathen of the Free Spirit, was next in the Pandora venue, the place chosen to carry out the Dronefest section of the LGW?, 24 uninterrupted hours of drone music. Blackshaw’s approach to music doesn’t differ much of that of van Wissem, but whereas the latter fills his melodies with melancholy, the British twelve-string guitarist searches for light, hope and, we could even say romanticism. And the most surprising thing of Blackshaw’s repertoire is that it looks so effortless it’s incredible… 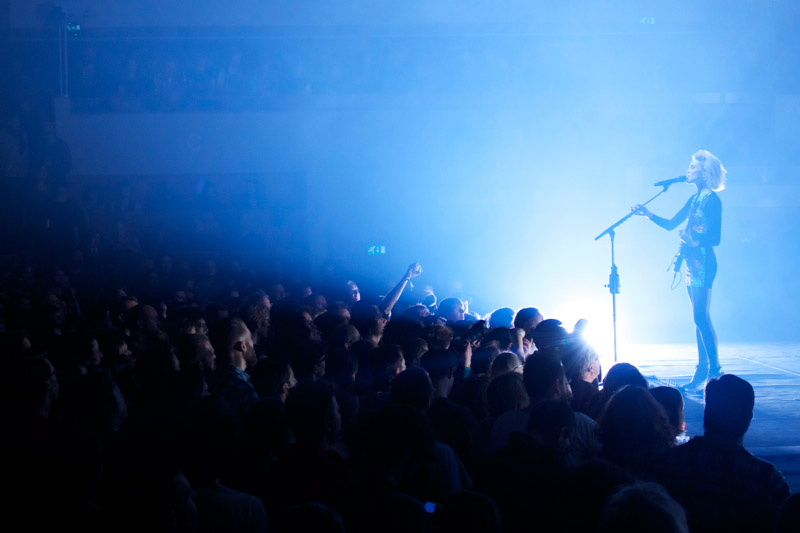 tUnE-yArDs offered her usual powerful and dancey set of songs that, yet again, sounded somehow ineffective and, even, shallow (unfair, maybe, but if we guide ourselves by what we feel, that’s it). Not better was St. Vincent, who took over the Big Room for the star gig of the festival. She’s not obvious and she’s extremely proficient on the guitar and the vocals, but it all seemed mechanical and too rehearsed. It didn’t help she was trying to create monologues too sweetened that broke the dynamics and fluidity of the gig. Not her finest moment.

And last but not least, we were witnesses of the gig by Stephen O’Malley from drone lords Sunn O))). To sum it up: 50 minutes. A single chord. Absolutely. Fu**ing. Epic. It may seem dull to put it this way but the exchange of glances and smiles between the spectators and the approval about O’Malley’s uncomplicated greetings to the audience by just raising his beer can made for something different. More than ever, it seemed his drone music, displayed in the most forthright of ways, was about creating a union with the listeners, more than steamrolling over them and then some, like it happens with Sunn 0))). Nobody left the room with the sensation of having been riddled. Instead, smiles and hugs were seen all around. The unexpected happened: a gig unanimously approved by everyone.

And that was the perfect broche to the Le Guess Who? Festival 2014. It’s, definitely, one of the best festivals around, in the same area of the Primavera Sound is at its own level: quality over quantity, striving for perfection, engaging with the audience and not being corporative or shamelessly money-making. Do you want to travel to a beautiful city in the north of Europe, discover its culture and have healthy fun? Go to Utrecht and be a part of the Le Guess Who?: The best club festival in the continent.