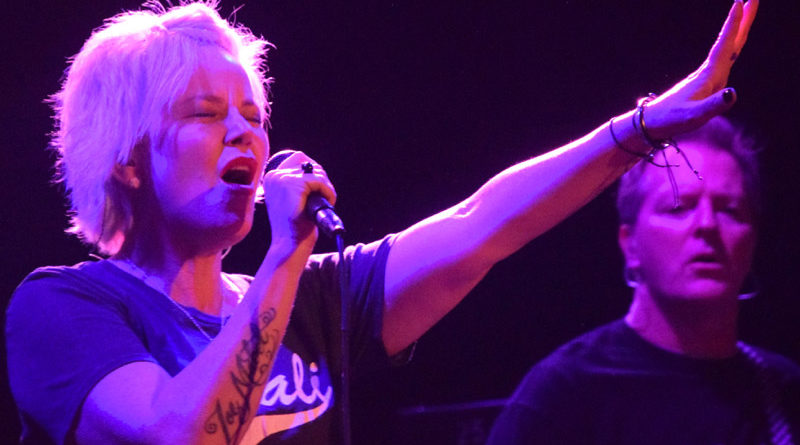 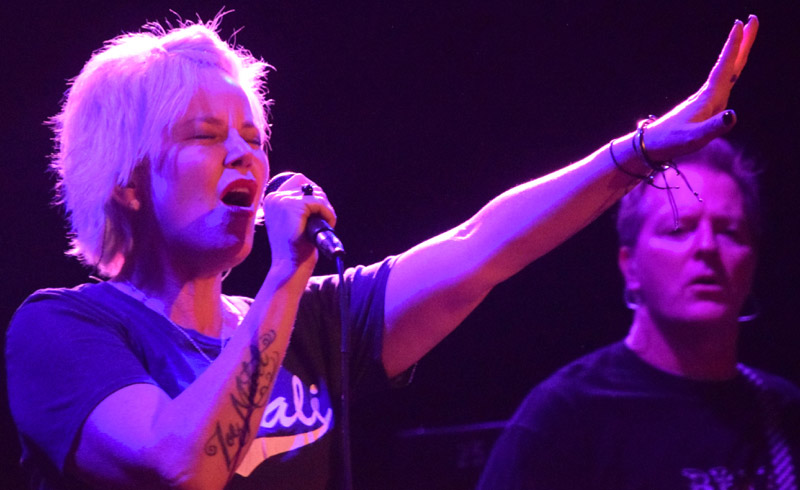 The evening started strong with “Demon Rock” and “Fast Way” from 1995’s Wholesale Meats and Fish, fast rock songs that set the tempo for the night. It was also notable that the next song, “4 Leaf Clover”, fit in perfectly, despite being from the over two decades newer Nebraska. 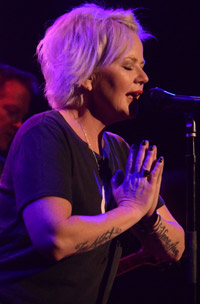 But the greatest ‘fit into the set list’ piece was easily their cover of Nick Lowe’s iconic “Cruel To Be Kind”. Singer Kay Hanley introduced it by describing how they had originally done it for 1999’s 10 Things I Hate About You soundtrack (the teen movie, based off of Shakespeare’s The Taming of the Shrew, with Julia Stiles and the late Heath Ledger), and were doing it in soundcheck, thought it sounded great, and brought it to the live show. It’s hard for a reunion to do something that’s both classic and a surprise, but this was both. 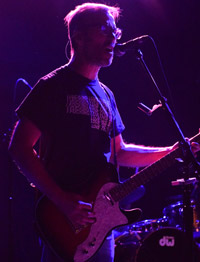 Other highlights included Wholesale’s “Awake” (which followed “Cruel”, and guitarist Greg McKenna described as, “Our version of that song”), “Veda Very Shining” and “Because of You” from 1997’s Go!, and not just their ‘big hit’ “Here and Now”, but subsequent to it & into the encore break, and also from 1993 debut Aurora Gory Alice, “Mellie’s Coming Over”. Yes, there were sing-alongs, if not to Hanley’s rapid chorus of “Here”, then to other pieces such as “Because”. The set list drew from their entire catalog, including blocks of a number of songs from one record.

The encore return included Go!’s “Disappear” and closed with Wholesale’s “Pizza Cutter”, but between the two was another great cover, Cheap Trick’s “I Want You To Want Me”. That was also from the 10 Things soundtrack – Letters To Cleo was Stiles’ character’s favorite band. Unlike a number of eighties teen films, 10 Things has held up well today. So has Letters To Cleo. 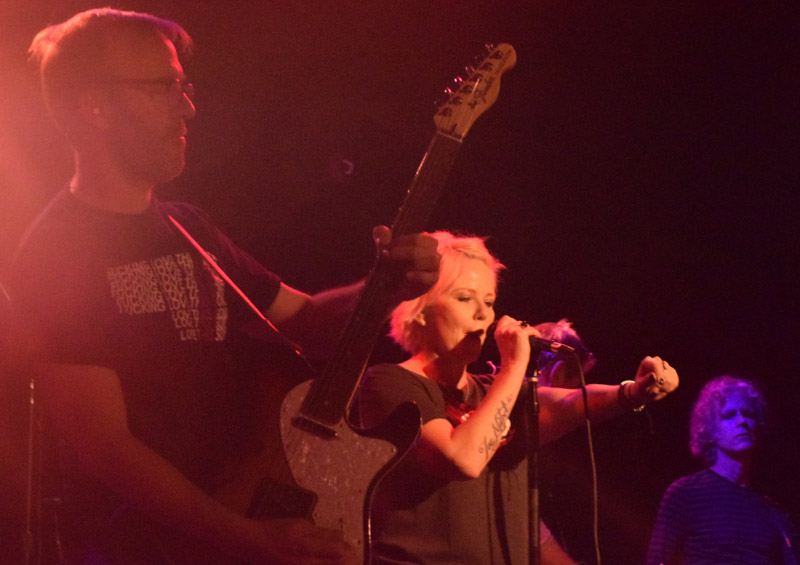