Evolution has been the constant denominator of Levitation, a four-day celebration of psychedelic, shoegaze, metal, indie electronic music, and more....

Evolution has been the constant denominator of Levitation, a four-day celebration of psychedelic, shoegaze, metal, indie electronic music, and more. Formerly known as Austin Psych Fest, the Reverberation Appreciation Society has struggled to provide a consistent format since 2015 (QRO 2015 recap), when they held their last gathering on a ranch outside of the city. In 2016 inclement weather caused the festival organizers to completely cancel the event (QRO preview of what would have been), displacing would-be campers from around the world who had made the pilgrimage to Texas. Fortunately, local venues scrambled to book bands such as Sleep, Uncle Acid and the Deadbeats, King Gizzard and the Wizard Lizard, Animal Collective, and a few others who were slated to play at the ranch.

2017 proved to be a year of introspection, as the organizers announced that they would take a year off and come back in 2018. The SXSW-like multiple venue format worked so well on the rescheduled shows in 2016 that this year’s Levitation would be intentionally decentralized. Red River venues Stubb’s, Mohawk, Empire Control Room, Barracuda, and Cheer Up Charlie’s (and a satellite venue, Emo’s across town) would serve as the main hosts for 2018’s Levitation, April 26th-29th. While the rationale was that these venues made the festival sustainable and provided superior sound and lighting, Ty Segall’s performance on opening night at Stubbs was marred by technical issues with the artist stopping his set multiple times yelling “no strobes.” Luckily Segall, like the Oh Sees, performed multiple times throughout the weekend. 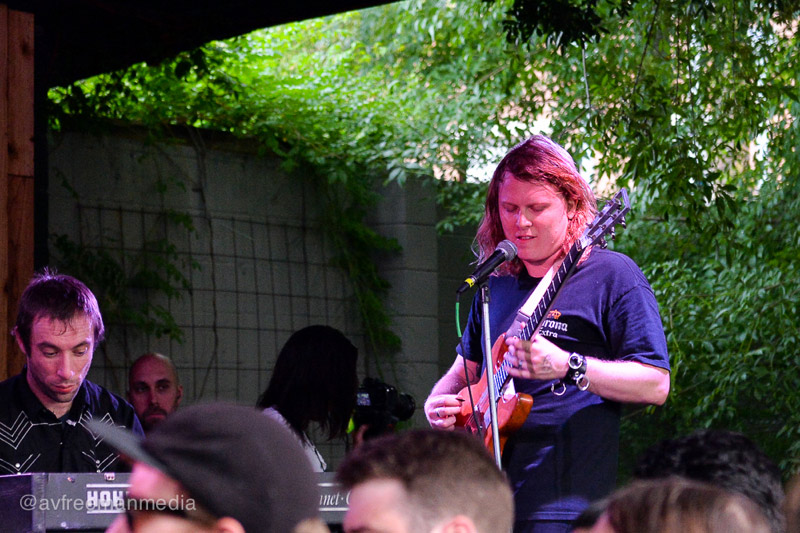 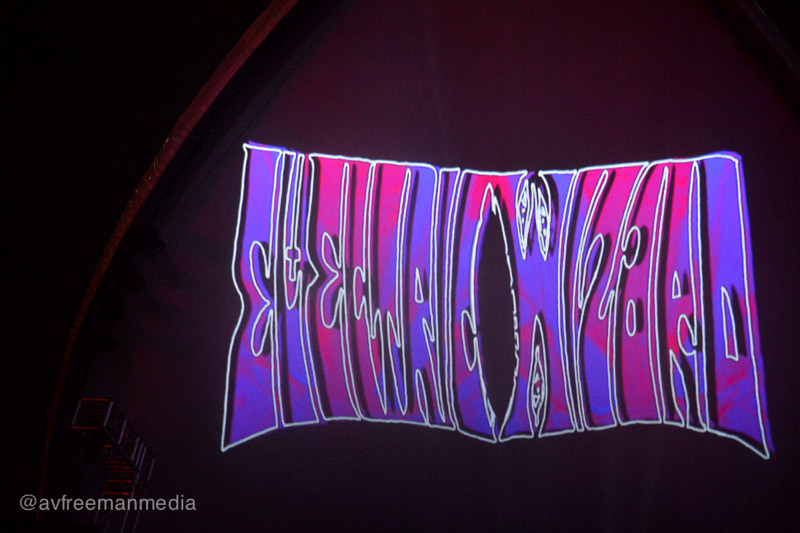 Friday night’s line-up was anchored by heavy metal hitters Electric Wizard and Russian Circles at Stubb’s. Russian Circles teed up the head-banging crowd with their heavy, yet complex instrumental style. Local metal fans were crushed by the announcement during Austin City Limits Festival last October that Sound on Sound Fest, a like-minded event that spun off of Fun Fun Fun Fest, had been canceled. Electric Wizard was slated to play that festival in Austin for the first time, and their addition to Levitation drew a sold out crowd that turned even approved media outlets away from the gate if they didn’t arrive early. Lead vocalist/guitarist Justin Oborn’s darkness was visceral and was complimented by ‘70s b-movie clips projected on the venue’s canopy. While doom took hold at Stubb’s, synth-loving fans filled up Empire Control Room and Garage for notable performances by DIIV, Ariel Pink, and Suuns. 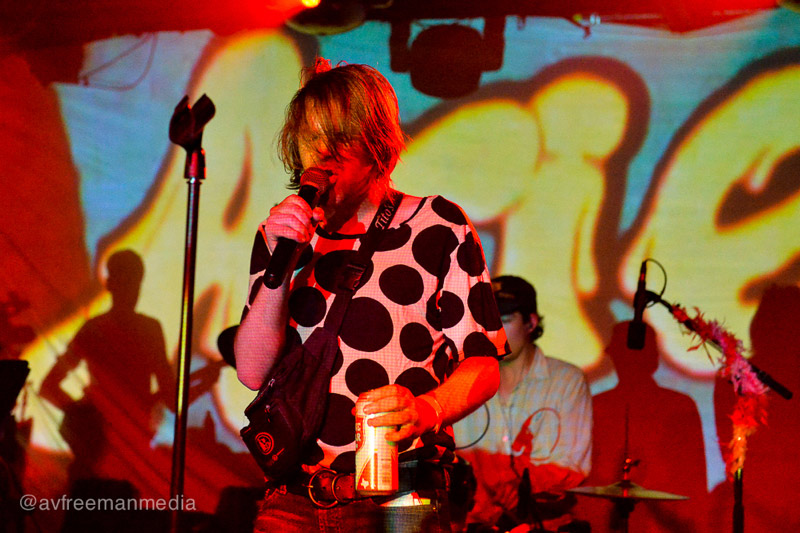 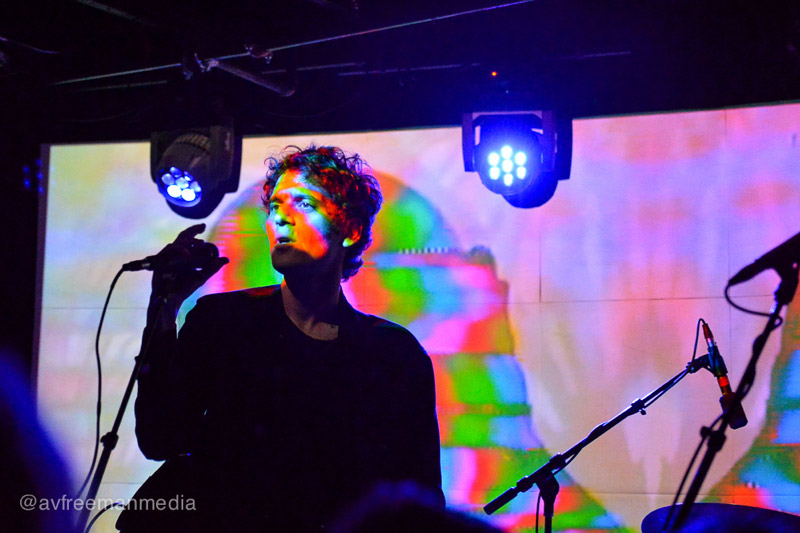 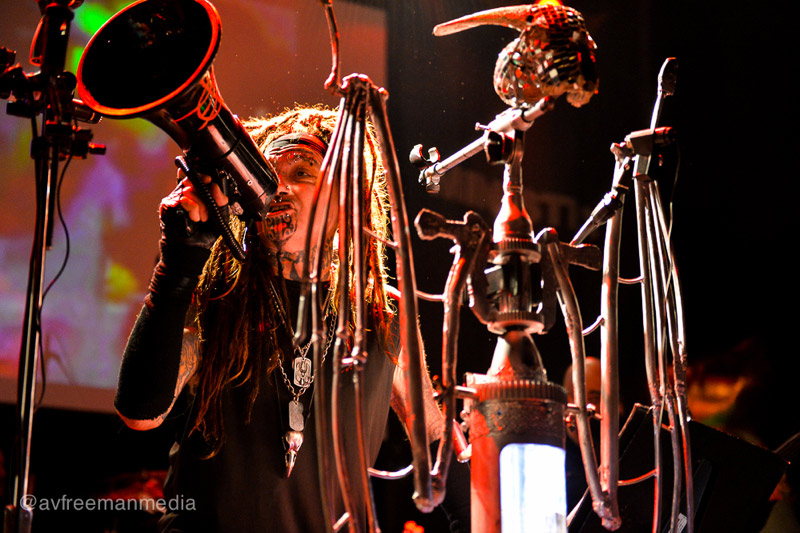 Saturday’s roster featured Slowdive, another band whose visit to Austin was highly anticipated. For those not in to shoegaze, Ministry’s performance at Emo’s was the perfect counterpoint. Al Jourgensen’s industrial metal has always been full of political rage and this year was no exception, with the band directly targeting Donald Trump instead of George Bush. On stage next to HR Geiger-inspired decorations was a humongous inflatable duck with Trump-style hair and a crossed out swastika emblazoned on its chest, which the reverend would walk over and kick on a few occasions. 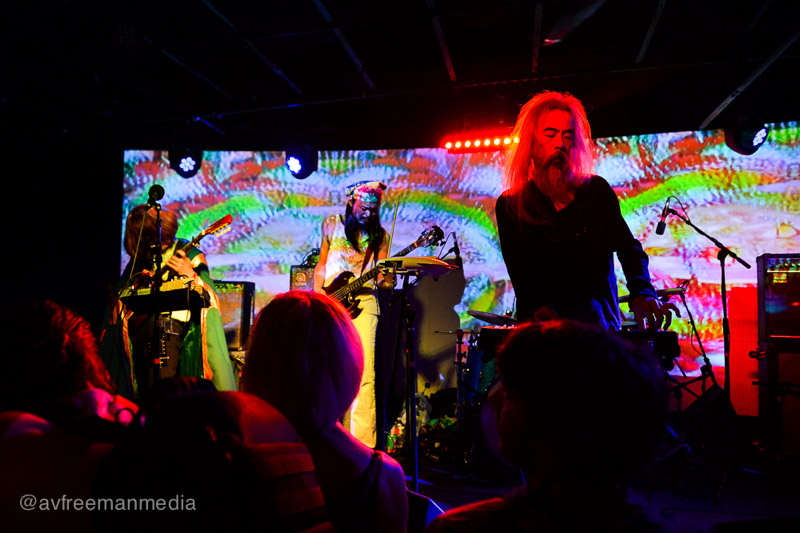 Sunday saw psych elders The Black Angels and Brian Jonestown Massacre team up to close out the festival with another full house at Stubb’s. Tired fans that had enough left in the tank then began migrating to Empire Control Room and Garage soon after that set for a late night tripped out voyage with Acid Mothers Temple, followed by the appropriately placed mellow vibes of Wooden Shjips. The decentralized approach certainly needs some improvement, but the fact that this type of festival is happening at all is a blessing to the global psych music scene. 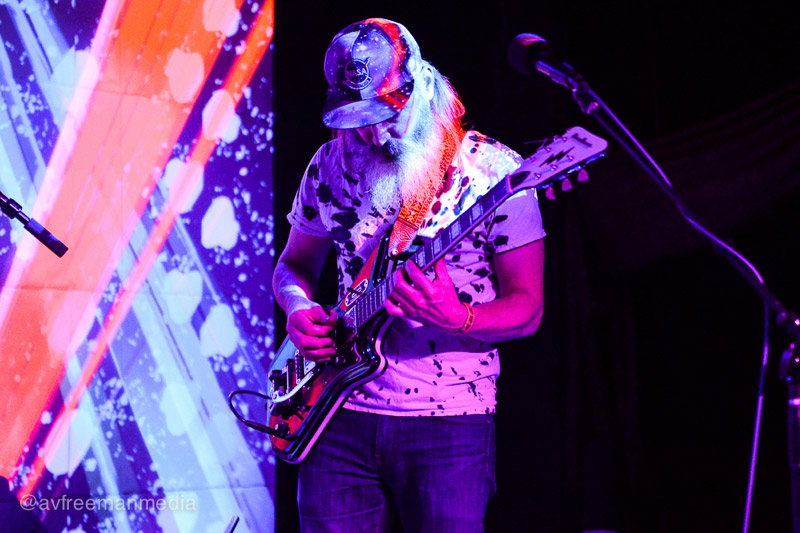 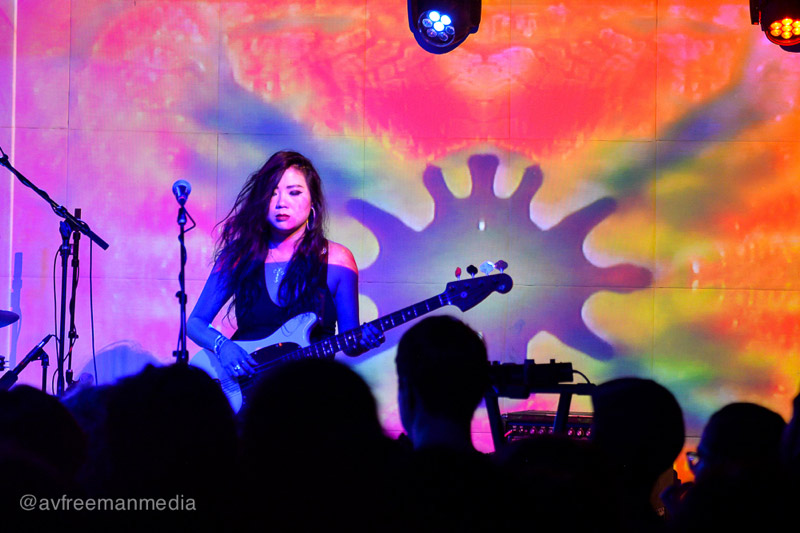