<div> <a href="features/features/levon_helm_remembered/"><img src="http://www.qromag.com/wp-content/uploads/2012/04/levonhelma.jpg" alt="Levon Helm Remembered" /></a> </div> <p> It is always a great opportunity to meet a well-known musician.<span>  </span>As a writer, sometimes you get lucky and... 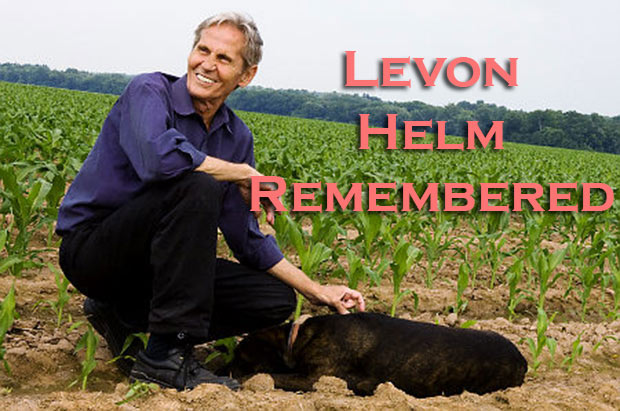 It was two years ago but I still talk about it like it was yesterday.  I had the opportunity of a lifetime visiting Woodstock, NY to check out a Ramble at the Levon Helm Studios.  To celebrate, I brought a friend of mine to take in the experience of not only the Ramble but also the impact Helm and his music had on the small town of Woodstock and live performances itself.

I remember standing at the plot of land where the stage once was in 1969.  I imagined what thousands of people from all walks of life with two things in common: the love for music and the love for each other.  I just remember having a very difficult time walking away from that field.

After taking in all that Woodstock has to offer, we arrived at the Levon Helm Studio.  It can be best described as a modern portrayal of a classic style barn.  Looking back, it’s strange to think that you could tell a lot about a person by just the appearance of a house.

I met with Helm’s manager and could tell from my handshake with her how nervous and full of anticipation I was.  We were given a brief tour of the offices, photos and records that adorned the narrow hallway.  Right before my eyes, I saw the transformation of a bright-eyed, bushy-tailed young man become a man whose only proof of age was in his face.

The narrow hallway opened to the performance area/studio of the house.  The reaction on our faces was very similar to when the group of children and adults in Willy Wonka step from the small room and into the room with a chocolate river.  The studio was adorned with wood and an elaborate red Oriental rug.  The layout of the wrap-around balcony, the foldout chairs and the intimate lighting showed that Helm put quite the effort into every performance in his house.

The show was unlike any I had seen.  Maybe it was a man of Helm’s age performing or various collaborations between Helm, his band and the two opening acts (Nitty Gritty Dirt Band and Eric Church), but it was the closest I have come to a euphoric state of mind at a concert.  I had never seen a man play multiple instruments in the same caliber as Helm.  I may never.

It was after the lengthy performance that the moment came.  We met up with Helm’s manager, whose look of excitement on her face proved to us that even she hasn’t seen all the tricks up Helm’s sleeve.  She brought us into a side room off of the recording studio.  It was a kitchen like one you’d have in house.  The room was small with a very homely feel.  I remember seeing dishes of homemade lasagna and people huddled around a small kitchen table.  It was the epitome of family.

Then I saw him.  Standing slightly taller than myself, Helm quickly caught eyes with his manager.  Before you could blink, he was standing alongside us and without a word to the manager acknowledged both my friend and I.  His handshake was firm yet friendly.  I remember him laughing as my hand went limp and covered in sweat.  Despite his throat being ravaged by time and cancer, it touched me to have him ask about what we thought of the performance and the Woodstock area.  His eyes were youthful, his smile was sincere and his voice raspy yet soothing.  I knew how much pain he was in when he spoke and how much he loved to do it.  We had no choice but to shake hands and to excuse ourselves.

When Helm passed away peacefully one week ago, we all mourned his loss.  But with each passing day, we should remember him as the every-man – he was a husband, a father and had a great heart.  And we should remember the impact he had on the world of music.