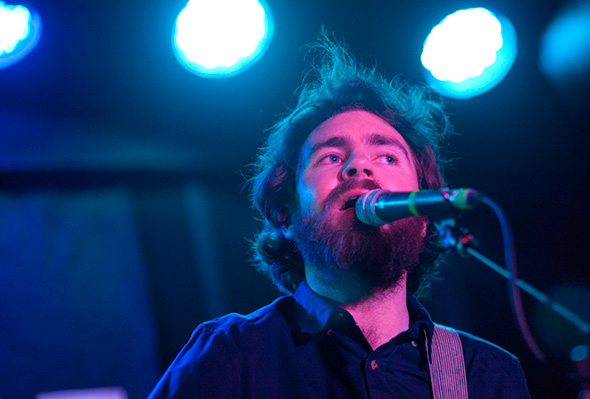 Click here for photos of Liam Finn at TT the Bears in Boston, MA on September 15th, 2011 in the QRO Concert Photo Gallery

Click here for photos of Liam Finn at Mercury Lounge in New York, NY on March 21st, 2008 in the QRO Concert Photo Gallery

Liam Finn doesn’t mind transparency.  He’s never shied away from his lineage, displaying his Crowded House (QRO live review) ancestry in his stage name proudly (even pulling a late-aughts stretch on guitar in dad Neil’s band).  And he wasn’t shy about announcing his arrival as yet another Brooklyn transplant, hosting a Monday night January residency on the bleeding edge of Park Slope at 4th Ave.’s Rock Shop (QRO venue review), starting on January 16th.

With Jon Brion’s residency at the Largo in LA as his inspiration – "It really blew my mind," he told Capital New York – Finn revealed a bit of himself to the locals, who were both receptive and proud of themselves for braving the icy doldrums on yet another Monday night.  Deftly manipulating a dizzying array of effects and loop pedals, Finn took turns swapping guitars and drumsticks, doing his best to make his one body sound like several.  Noticeably more energetic live than on record, his playfulness comes across as more aggressive on the diminutive stage than it does in the studio.  His newfound residence in Greenpoint will undoubtedly result in many more opportunities to make friends (like Brooklyn expat Marques Toliver) and explore the depths of his one-man act. 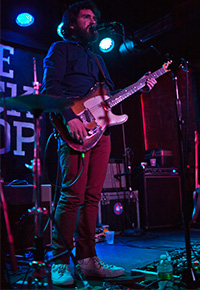 Opener Miriam Clancy has been touring the U.S. since arriving in Los Angeles from Auckland late last year, and recently finished recording her third album after arriving in New York.  While not nearly as compelling live, her earnestness and tight guitar chops should win her some new fans during her New York sojourn. 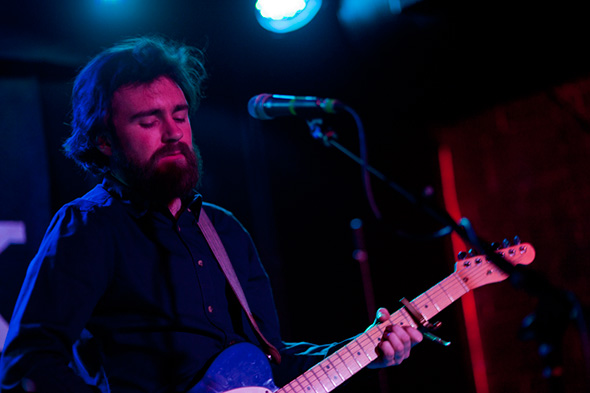