Life is Beautiful just celebrated their fifth year in downtown Las Vegas this past weekend.... 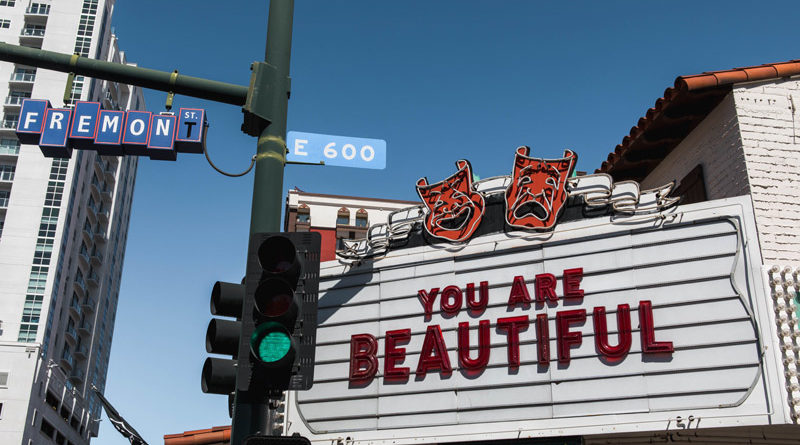 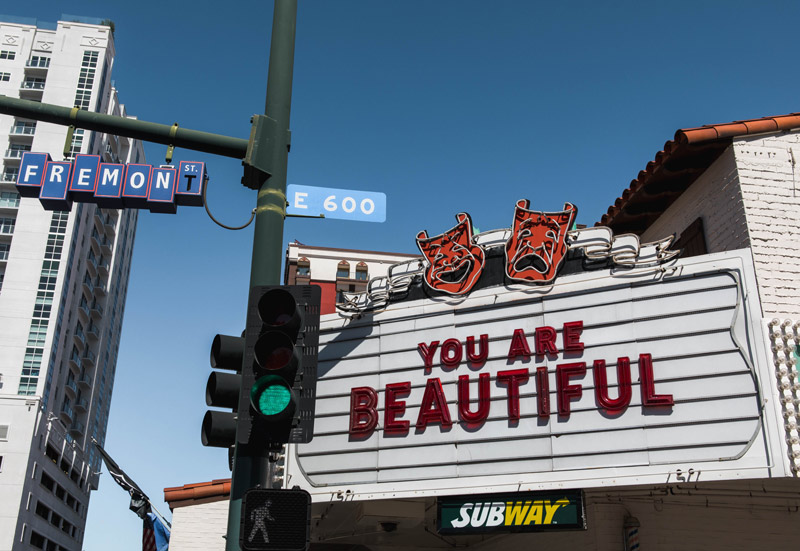 Life is Beautiful just celebrated their fifth year in downtown Las Vegas this past weekend, Friday-Sunday, September 22nd-24th. Any festival that makes it five years is pretty impressive – especially considering this one was on the brink of not returning, before bouncing back last year.

This year marked the festival’s first sell out of general admission tickets, and you could feel the excitement as fans came out in droves for headline sets from Chance the Rapper, Muse, and Gorillaz. EDM juggernauts like Kaskade and Pretty Lights closed out the festival’s electronic-dominated Fremont Stage each night, drawing loads of fans away from the two large Downtown and Ambassador Stages. 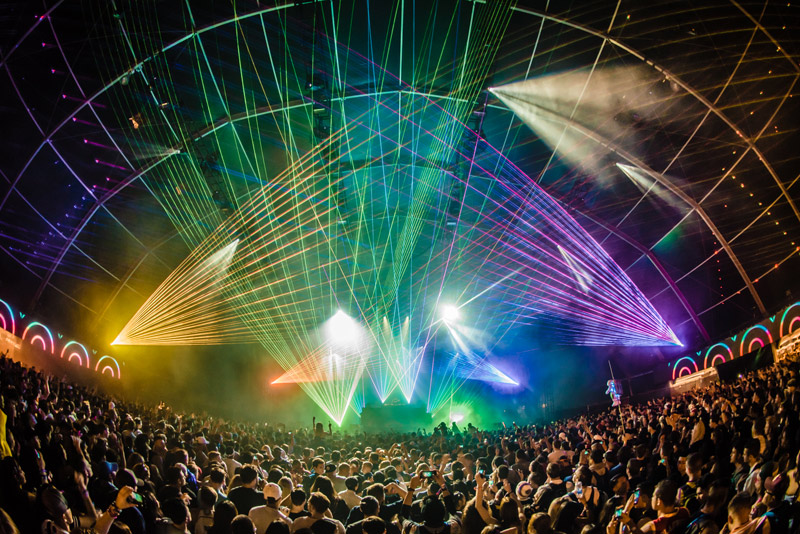 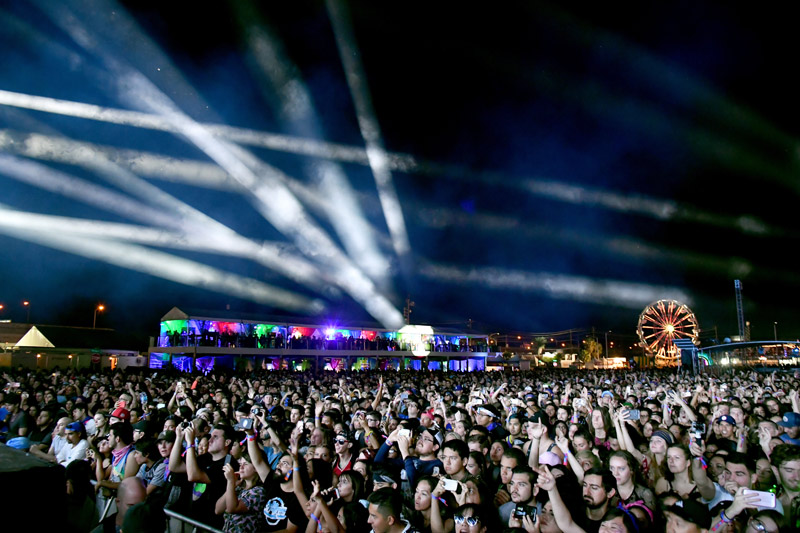 On Friday, Bill Nye kicked things off with an interesting talk on the Fremont Stage. Somehow, he knew how to connect with the raver kids, who stuck around for his 30-minute inspirational chat. It was one of the unique things that would take place at Life is Beautiful. 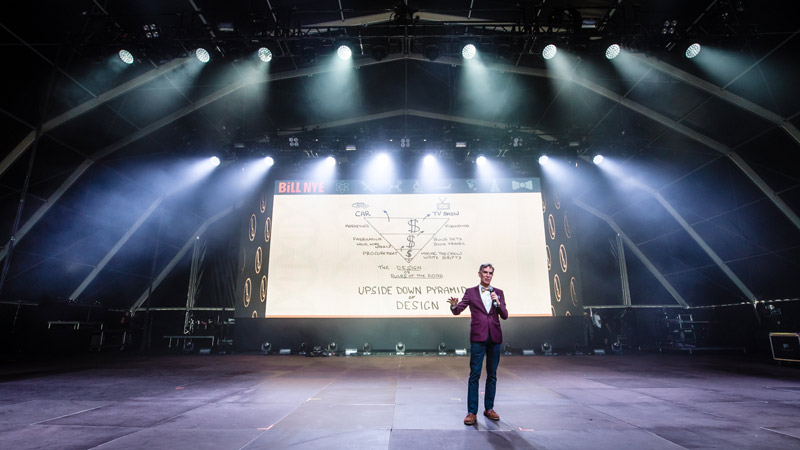 Two Door Cinema Club helped get the party going Friday night on the main Downtown Stage with a rocking set and light show that had the crowd dancing. RAC kept things going on the Fremont Stage, bringing a variety of singers along to perform live remixes and originals as a full band. 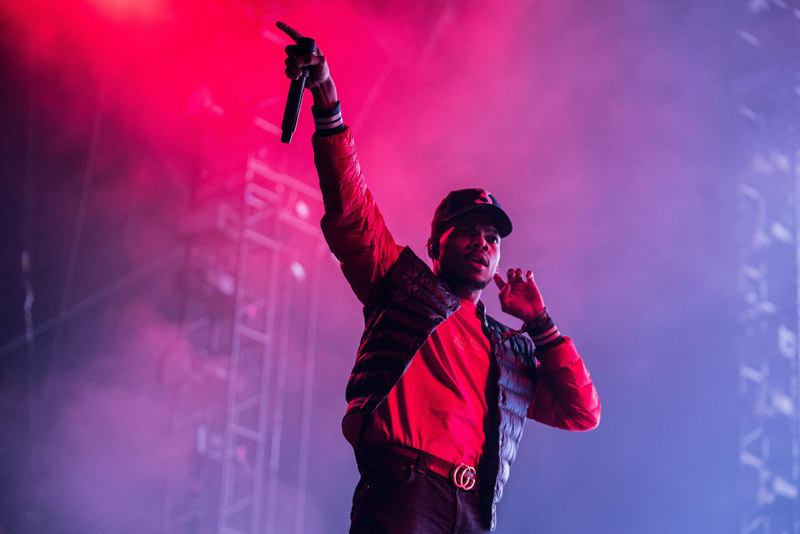 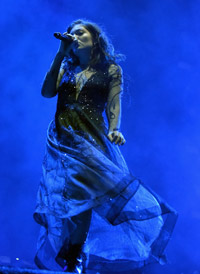 Lorde mesmerized on the Downtown Stage, while the stoners sparked most of their remaining joints during Slightly Stoopid at the Ambassador Stage. Chance the Rapper drew a large crowd on the Downtown Stage with his uplifting and gripping performance. Others chose to wrap up the night at Blink-182’s set on the Ambassador Stage, where sound issues plagued the set if you were standing further back than the sound tent. 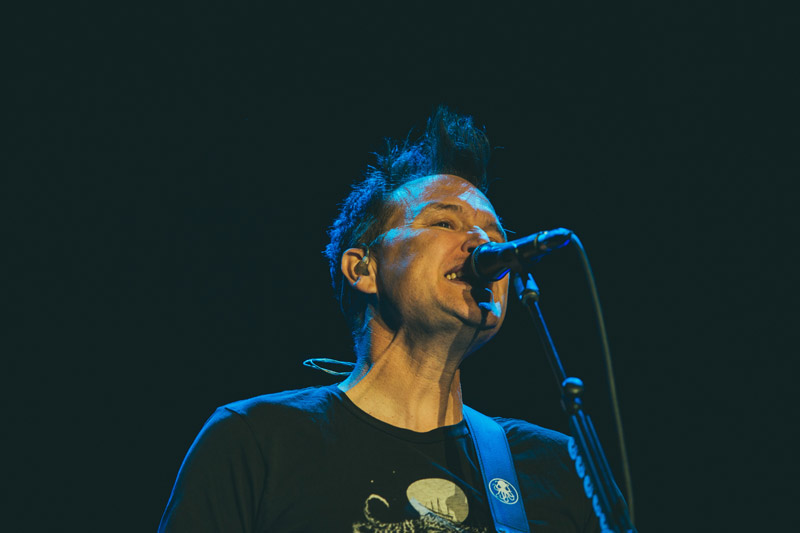 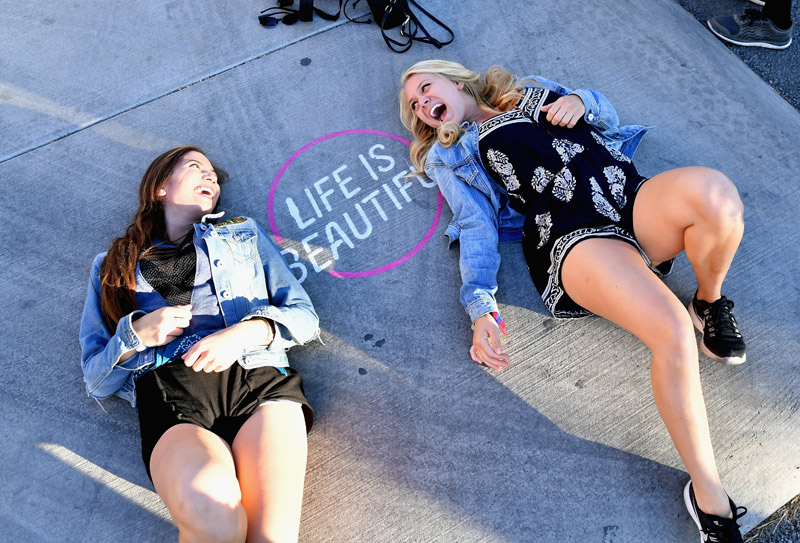 The Downtown Stage crowd was never thin on Saturday, with sibling synth-pop duo BROODS starting a big dance party late in the afternoon. Lead singer Georgia Nott has really grown as a performer over the past few years, as she had immense amounts of swag while blowing through their 45-minute set. 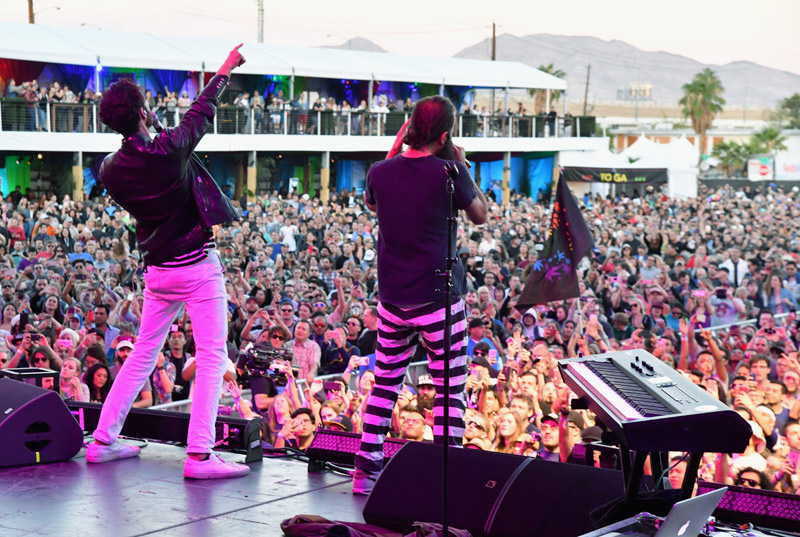 Capital Cities kept the dance party going with their hit-filled set. Life is Beautiful is an all-ages festival, and I saw a number of young children enjoying the show from atop their parents’ shoulders. ScHoolboy Q had one of the thickest crowds of the weekend, before the crowd had to make a decision on how to finish their evening. 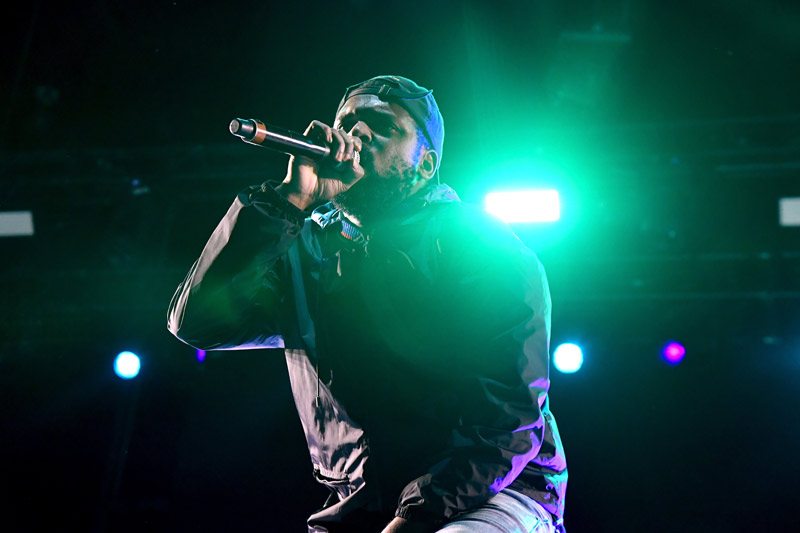 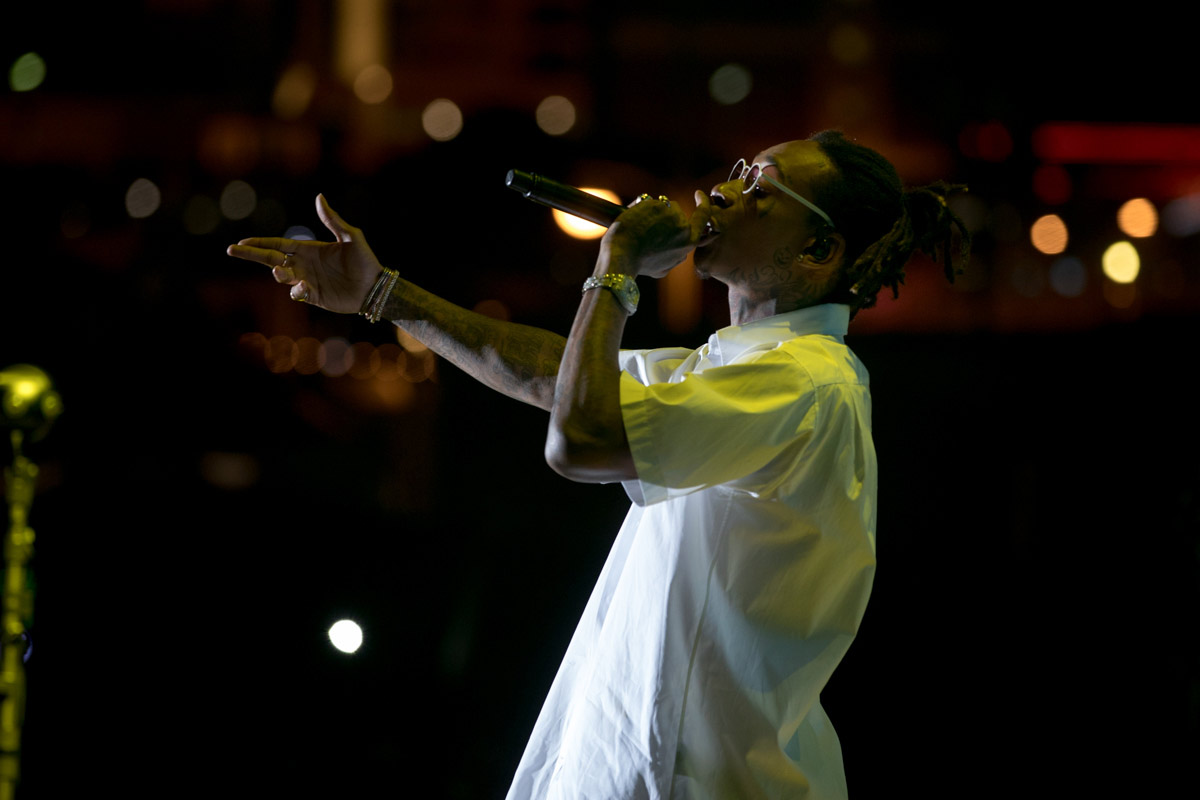 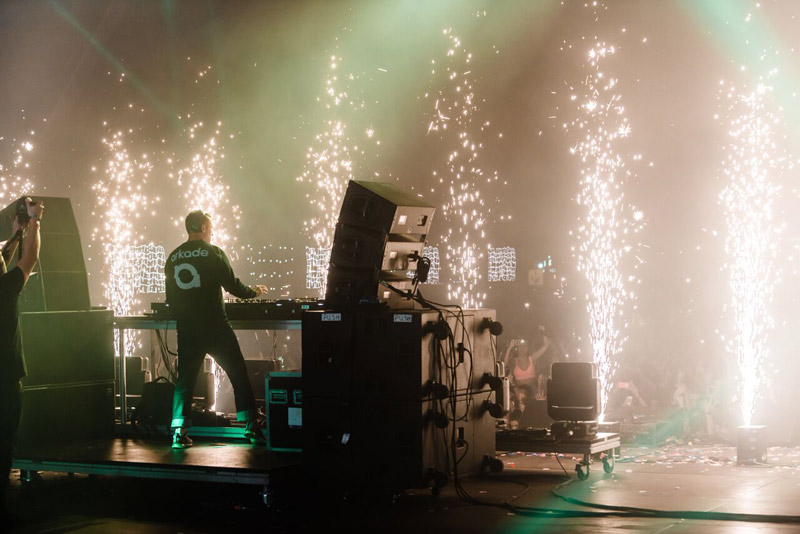 Muse drew most of the crowd around 11 PM, but the crowd would split, as both Wiz Khalifa and Kaskade would perform on the Ambassador and Fremont Stage around 11:30 PM. Muse brought the heat – it’s amazing how hard these dudes rock for having a bunch of Duran Duran haircuts. Confetti covered the crowd as they wrapped up their rocking set, and it’s no wonder there’s a wing named after them at the Hard Rock Casino near the Strip. 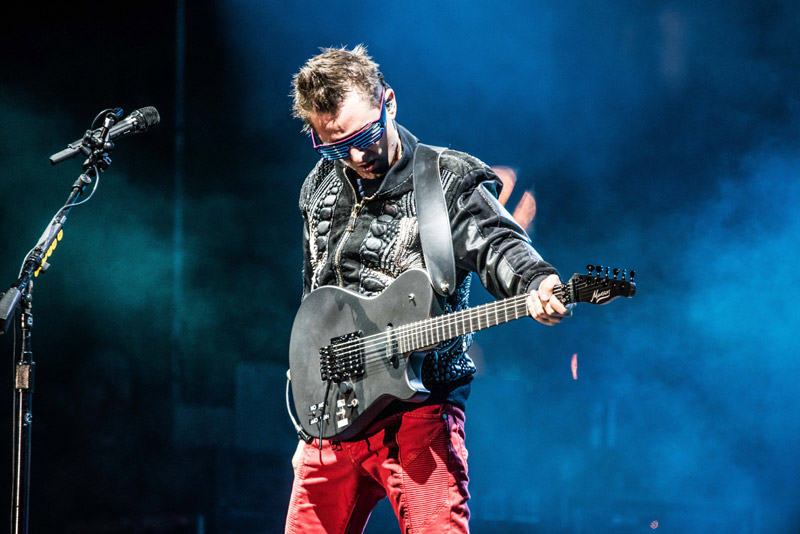 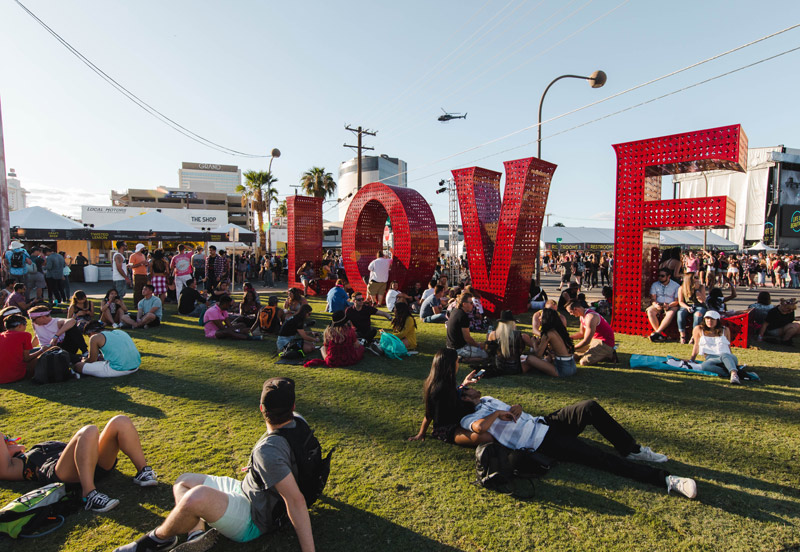 If people were hungover and tired Sunday, you wouldn’t have noticed it. Aussie four-piece indie rockers Middle Kids got things moving on the Ambassador Stage late in the afternoon, and singer Hannah Joy looked like she was in disbelief at how big the crowd was.

Hip-hop legends De La Soul delivered a throwback performance on the Downtown Stage, though it wouldn’t be the last people saw of them that evening. 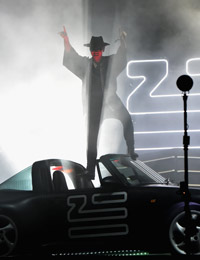 One of Saturday’s highlights was ZHU. The DJ rode out on the stage in a car, and had UFC announcer Bruce Buffer on screen announce his arrival. His down-tempo jams had people grinding on each other for pretty much the whole set. 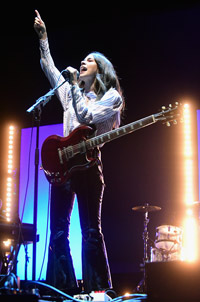 Valley sisters HAIM made one of their first-ever festival appearances at the inaugural Life is Beautiful in 2013. This year, they were one of the last acts on the Ambassador Stage and handled their duties with ease. They rocked out songs from their new album from this year, and even threw in a Shania Twain cover for good measure. A female fan jumped the rail during their set to get a better video and evaded security and police for a full minute before being carried out. 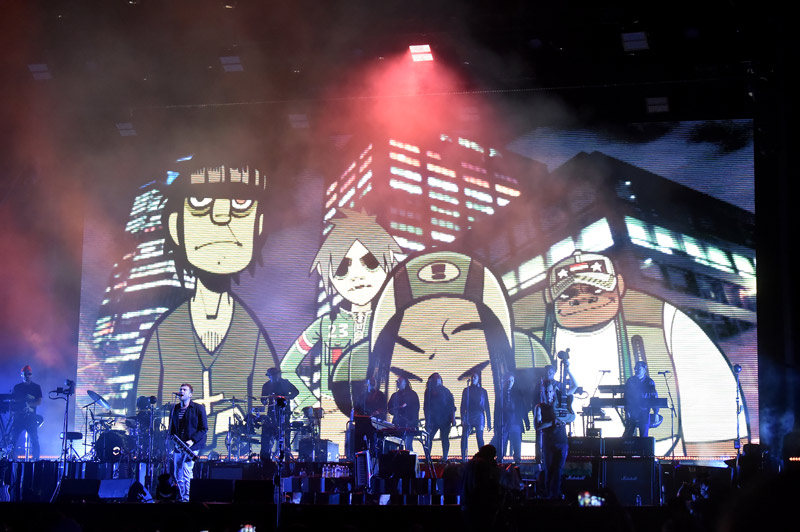 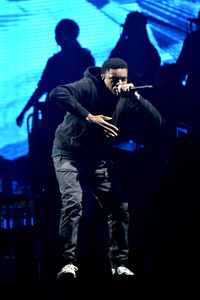 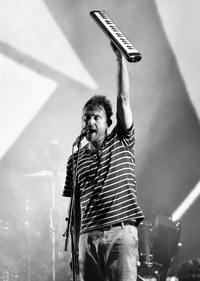 Life is Beautiful saved their best for last. Gorillaz brought out over a half-dozen special guests during their 90-minute set – from Vince Staples to Pusha T and De La Soul, as well as Savages singer Jehnny Beth. Damon Albarn was in top form and their set sent fans home happy with a shitload of memories. 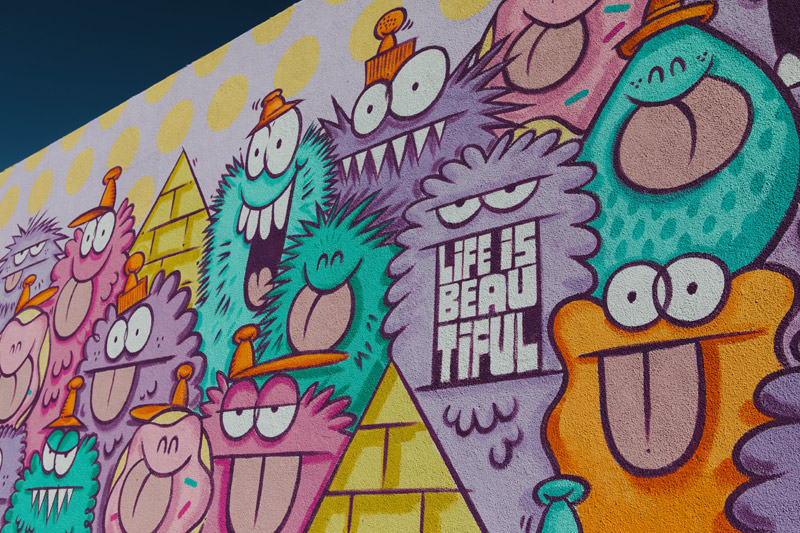 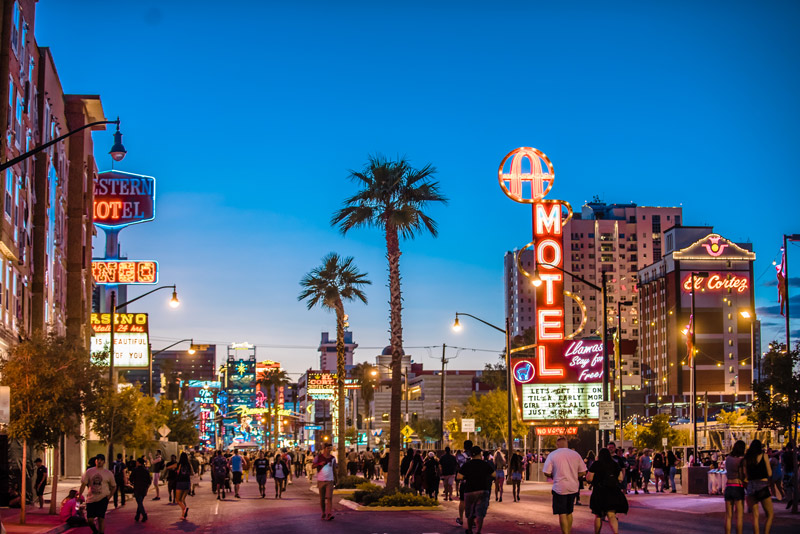 For a festival that was nearly on the brink of extinction, it’s been an amazing turnaround for the downtown Las Vegas staple Life is Beautiful. They’ve stabilized and proved they are a legitimate second-tier festival capable of drawing people from all over the world. 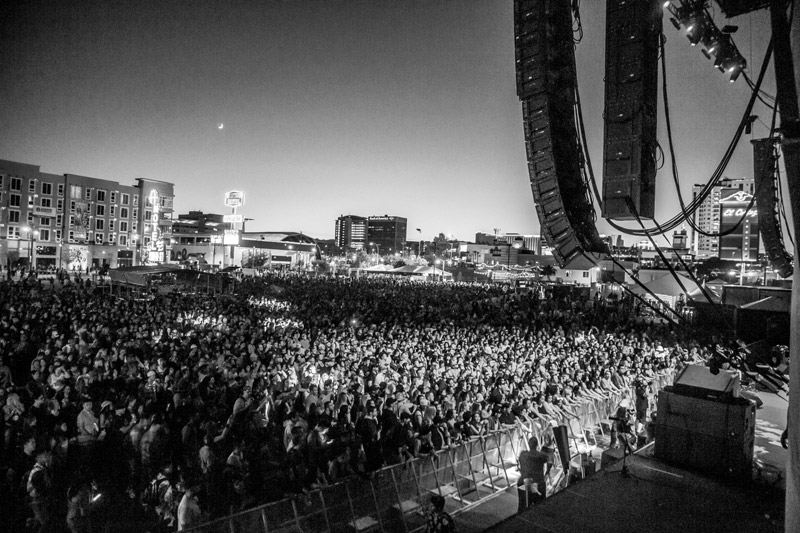