<img src="http://www.qromag.com/wp-content/uploads/2010/11/lissieoct27.jpg" alt=" " />Lissie arrived on stage in Manchester and instantaneously brightened up the room with an eclectic range of indie-rock-pop. ... 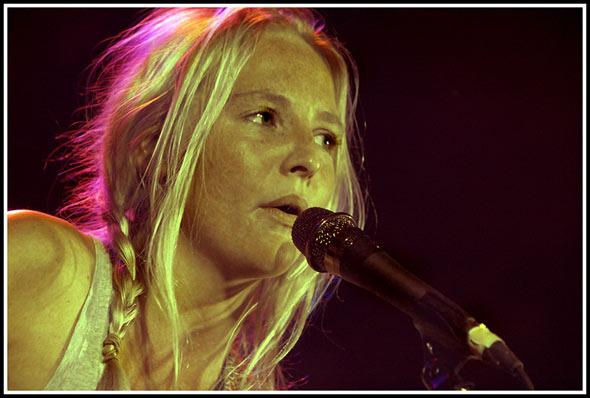 Click here for photos of Lissie at CMJ 2010 in New York, NY in the QRO Concert Photo Gallery 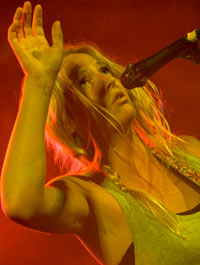 Lissie arrived on stage at Manchester Academy on Wednesday, October 27th and instantaneously brightened up the room with an eclectic range of indie-rock-pop.  It was 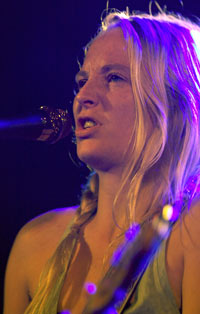 especially refreshing to have a band play a couple of cover songs that were very well received, such as "Waiting Around to Die" by Townes Van Zandt and "Pursuit of Happiness" by Kid Cudi (QRO photos).

The Academy 3 hall was at full capacity, and it was bursting with 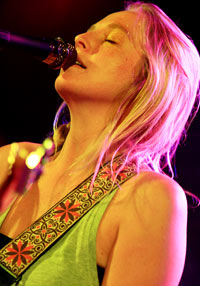 many types of people.  Mature mothers, very young children and of course lots of students.  The crowd was pretty subdued throughout the concert, but the two student hippies in the right hand corner made up for them.  Their curly afro-styled hair

bounced back and forth as they immersed themselves into the tunes.  "Pursuit of Happiness" was a particularly well-received song by them and even the rest of the crowd began to loosen up a little for this one.  Lissie sang the cover fantastically and gave the lyrics an even greater emotive 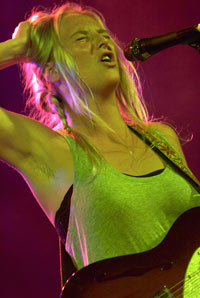 sense than the original with her female vocal tones.

A definite favorite of the night was "Cuckoo"; also the dreamy ballad,  "Everywhere I Go".  For this song the room seemed to fall very still, everyone looked like statues as they listened to the emotional lyrics.

Lissie gelled well with the crowd and told them how she always embarrassed herself by talking on stage.  However, she wanted to explain how misunderstood she was at school.  She said there were rumors saying she was a rebel in high school and that she got kicked out, but she explained that in her youth she was just misunderstood and outspoken, and didn’t like being backed up against a wall.  Lissie suggested that if life sucks you must always wait it out.  It always gets better; she later explained how at one point she didn’t think there was anything more for her.  But she grew up and grew a thicker a skin, repeating, "I promise you if things are bad wait it out and they will get better."  This is what the song "Cuckoo" was about; Lissie then played "Cuckoo", which was surprisingly an upbeat pop style song.

Fantastic gig.  Great songs.  A must buy is her album Catching a Tiger (QRO review), which you can order on the link below from Amazon: 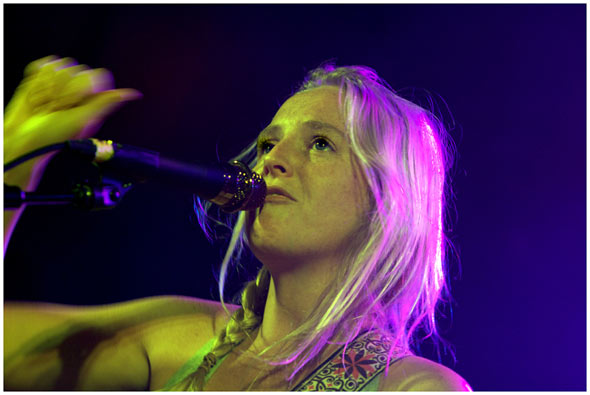