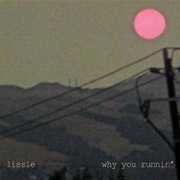 Today’s alt-country/folk game is too dominated by dichotomies.  It’s either this way or that way, and never in-between.  A song’s either a stripped, soulful ballad, or an up-stomp hootenanny.  Vocalists are either soul-bearing singer/songwriters, or dirty-twang hell-raisers.  That’s what makes Lissie Maurus so refreshing: on her debut Why You Runnin’ EP, the Rock Island, IL native isn’t just one way or the other on a song, but instead embraces whatever she feels.

The alt-twang stomp of opener "Little Lovin’" isn’t done as a barn-raiser, but stripped.  The country-choral "Wedding Bells" feels like it was sung in a church, but it’s about how she’ll never get married.  "Oh Mississippi" and "Everywhere I Go" are more straight-up spirituals, but have the authenticity of pre-new country, pre-Christian conservatism hymns, the kind you haven’t heard out of a white person since Elvis Presley did his final night on Ed Sullivan.  Why You Runnin’ closes out the more haunting, removed "Here Before", but even there, Maurus throws in some more country vocals.

On tour with alt-country big-name Ray LaMontagne, Maurus looks bound to get some serious attention (her looks don’t hurt, neither; the freckles make her look a bit like a younger, blonder, not-secretly-Canadian Kate from Lost…).  Lissie does need a full-length album to make her bonafides, but she’s certainly got promise.