Lit Lounge closed in late 2015. Lit Lounge is located on 93 2nd Avenue, Manhattan, between 5th and 6th Streets.  It’s in the Lower East Side, but, along with... 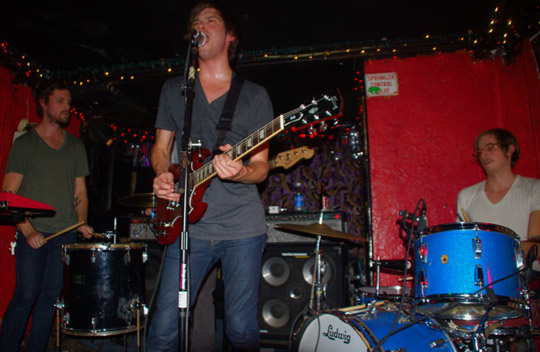 Lit Lounge is located on 93 2nd Avenue, Manhattan, between 5th and 6th Streets.  It’s in the Lower East Side, but, along with DROM and the late Rehab, is just north of Houston Street and the Bowery, which is home to such venues as Mercury Lounge, Piano’s, and Cake Shop, not to mention Bowery Ballroom.

Like Rehab and Bowery’s Cake Shop (or Brooklyn’s Union Hall), the ground floor of Lit Lounge is a bar; the actual venue is downstairs.  Thus, it has the requisite low ceiling and is long and thin, making it a relatively cramped place to see a show.  However, the downstairs at least looks different than other place: seemingly carved from bricks, with numerous steps up and down, plus rickety wooden doors on the side, give it the feeling of an illegal speakeasy or liquor cellar.  The band plays at one end, barely a step above the stage floor (which is itself a few steps down from the entryway landing).  The bar is in the mid-back, just ahead of another, semi-separate room; however, the bar seems to be mainly or exclusively waitress-only.  Thankfully, the drink prices are low, as are the ticket prices, at only six dollars, making up for some of the sound system and line-of-sight problems.

Though it’s been around a while (as far as indie-rock venues go), Lit Lounge still occupies a relatively low rung on the totem pole, even below Cake Shop or Piano’s, with bands you’ve never heard of stacked one-two-three-four.  More akin to Bowery’s Arlene’s Grocery, Lit Lounge has at least post-punk, rather than punk-punk, pretensions, making it a bit more ironically artsy, less lazy DIY.  The limitations to the place are certainly limiting, but can also be a really unassuming way to see (or at least hear) an act. 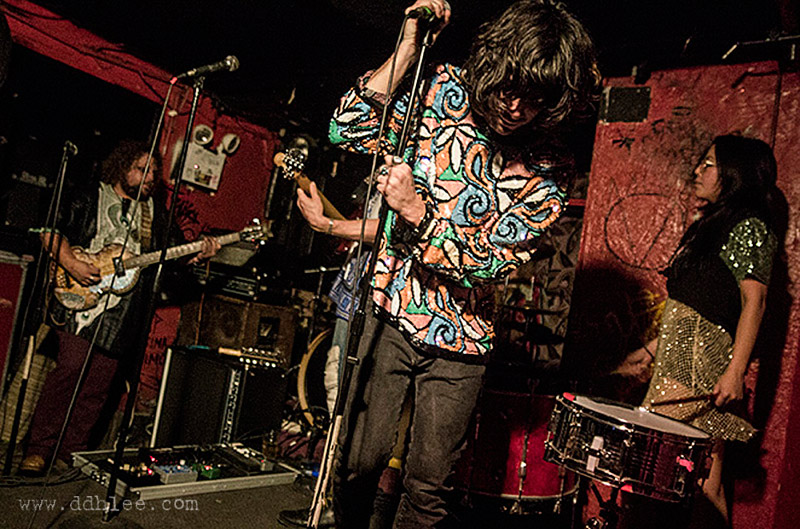