Leeds feels prosperous, a city on its way up.... 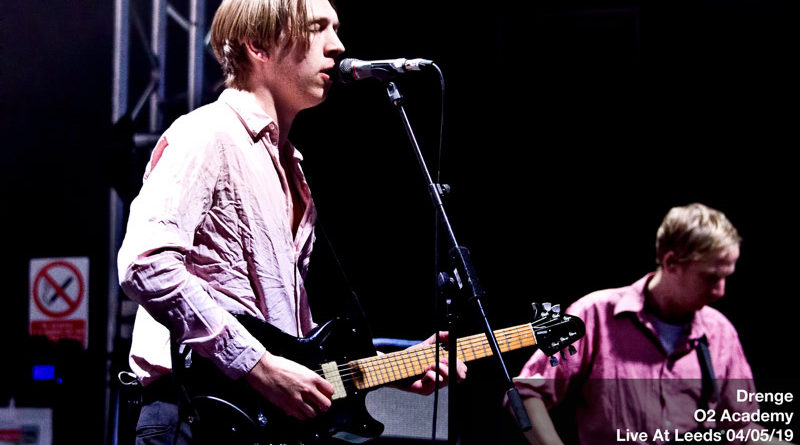 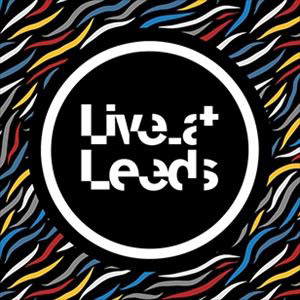 Leeds feels prosperous, a city on its way up. It is, of course, a key part of the Northern Powerhouse project, but even without all the civil engineering, there’s a lot of civic reimagining going on. With massive modern towers pushing up next to grand Victorian gothic relics of the industrial past, great museums and galleries and dozens of excellent music venues within walking distance of the city centre, Leeds is a city determined to use architecture, culture and art to modernize itself and make it the city it wants to be.

Live At Leeds is a citywide multi-venue festival that brings some big names to the city centre, providing an early reminder that Leeds Festival is coming soon, but there was a lot of other stuff going on too on the same day, Saturday, May 4th. A series of installations, some involving deckchairs and film shows were part of the Leeds International Festival, the Leeds Organ Festival was harvesting and in the square next to the Academy, and the Tour de Yorkshire had established a tented village nearby to celebrate the arrival of the race the following day. There was also a really good Michael Morpurgo exhibition and I managed to spend a few minutes there between bands.

In a few years the HS2 rail line is scheduled to arrive, but if you wanted to see how to regenerate a city centre using the power of cultural capital, then Leeds is a model well worth looking at. 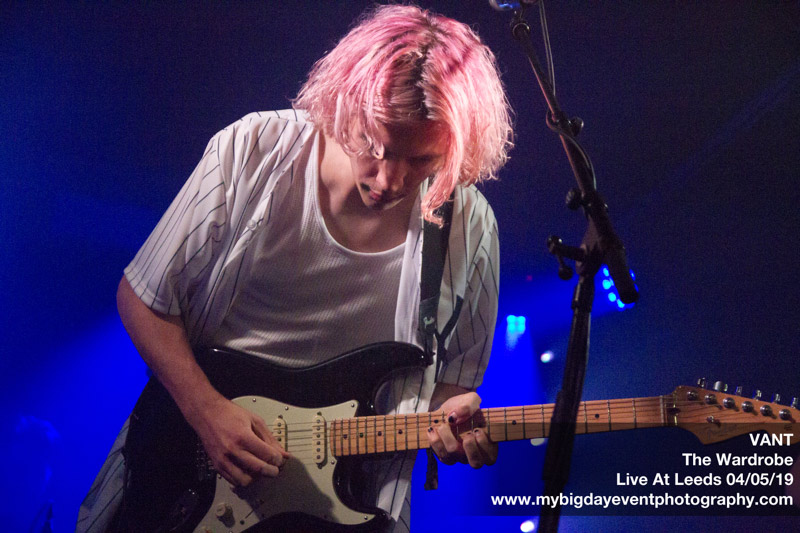 All day festivals tend to start slow and build but clearly, nobody had told the good people at The Wardrobe. At 9am sharp VANT took the stage and as you’d expect, the place was completely packed. They’d been on hiatus for a couple of years but a new EP – Exoskeleton – arrived earlier this year and it has been well received, marking a less punky, more garage pop sound. Recent singles including the title track, “Thank Lucifer” and “Propaganda Machine”, all made a welcome appearance and as Matty Vant himself told the crowd as he exhorted them to dance at this ridiculously early hour, “It’s not going to get any better than this.” 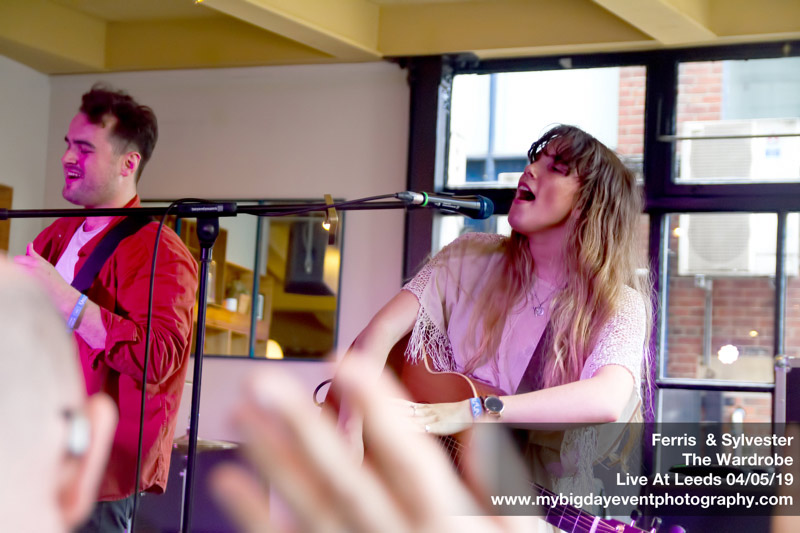 It stayed pretty good, though. Next stop is the upstairs bar at the same venue where rock, folk and blues duo Ferris and Sylvester gave the crowd a storming set of tunes and won themselves lots of new fans in the process. They’ve got a laid back charisma that makes it all look awfully easy and a style that reminds me of Australian band The Waifs. Anyway, Ferris and Sylvester are my new favourite band and they’re coming back to Leeds soon, so that’s one to keep an eye open for. 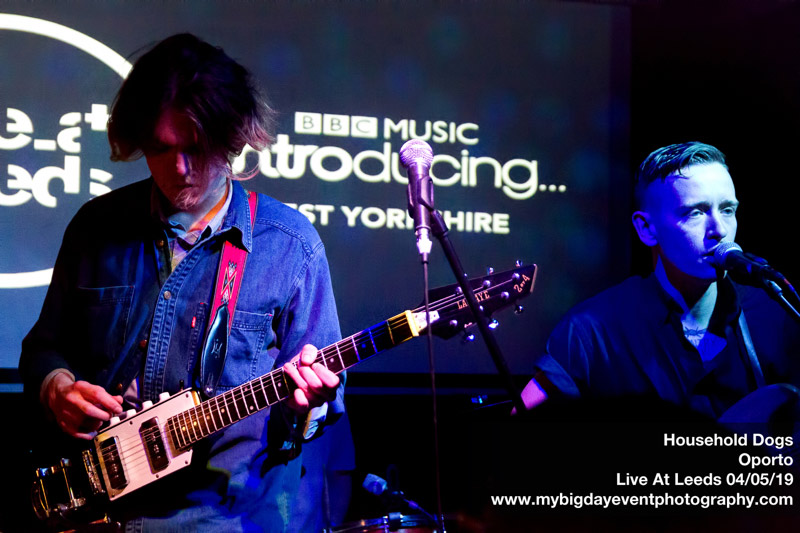 Just round the corner at Oporto were Household Dogs, local indie-country heroes and a band that I’d definitely like to hear more of. Despite the local accents, their music has that wide open spaces, desert feel of the big country and they put me in mind of Nick Cave. There’s a video of them performing “Red Right Hand” on YouTube and it’s one to seek out. 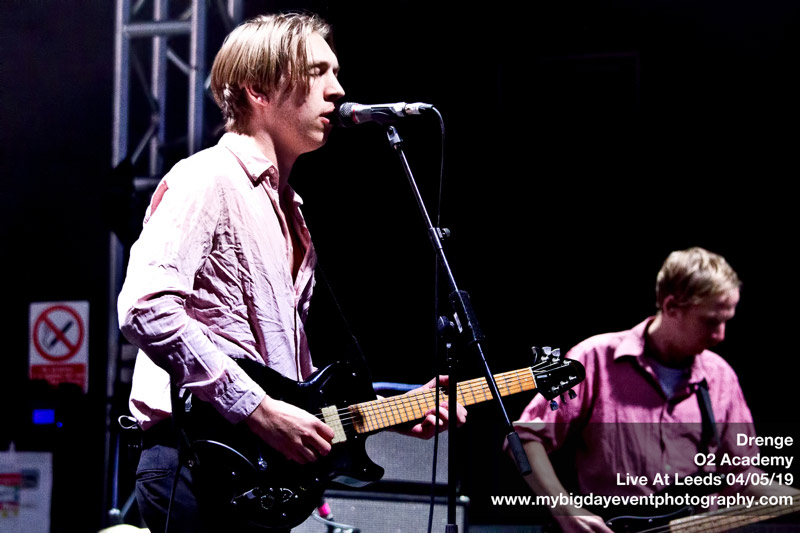 Across town to The O2 Academy just in time for Drenge. It’s taken me a long time and a lot of narrow misses to catch up with the boys from Castleton and their new album, Strange Creatures, has been getting a lot of play at our house. In the four years since Undertow, the brothers Drenge have made their sound poppier and a little less chaotic. They’ve also developed into a four-piece, the presence of the two new players allowed them a little more on stage freedom although they’re still not big on chit chat. 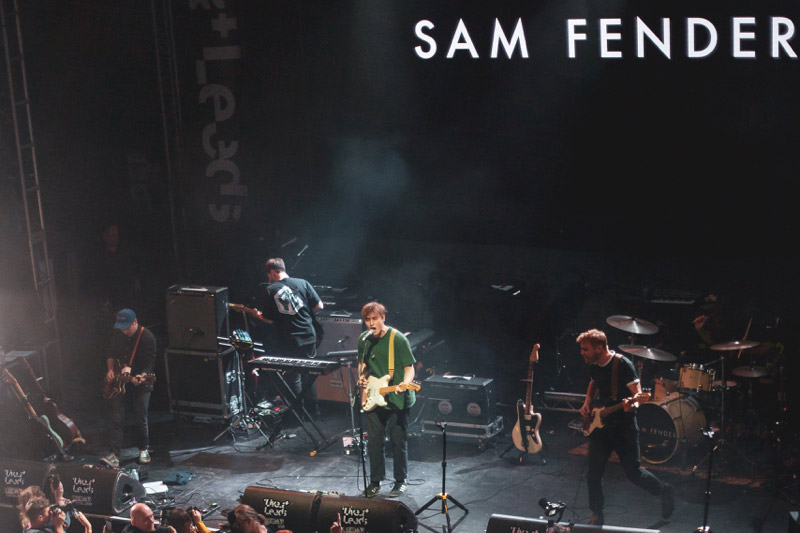 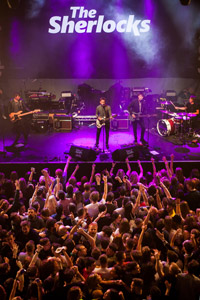 Between them and Leeds very own Marsicans there was a lot of exuberant moshing to be done before Sam Fender took the stage for a remarkable set, which included his new track “Hypersonic Missiles”. He also found time for an impromptu cover of Oasis’ “What’s the Story, Morning Glory”. Needless to say, it went down a treat with the crowd.

After apologizing for being a bit rusty from having a break from performing to record, The Sherlocks played a really good set. It was like they’d never been away from the stage. Their die-hard fans created one of the most lively circle pits I’ve ever seen, whilst all taking care of each other, no matter how in the moment they were, which was nice to see. 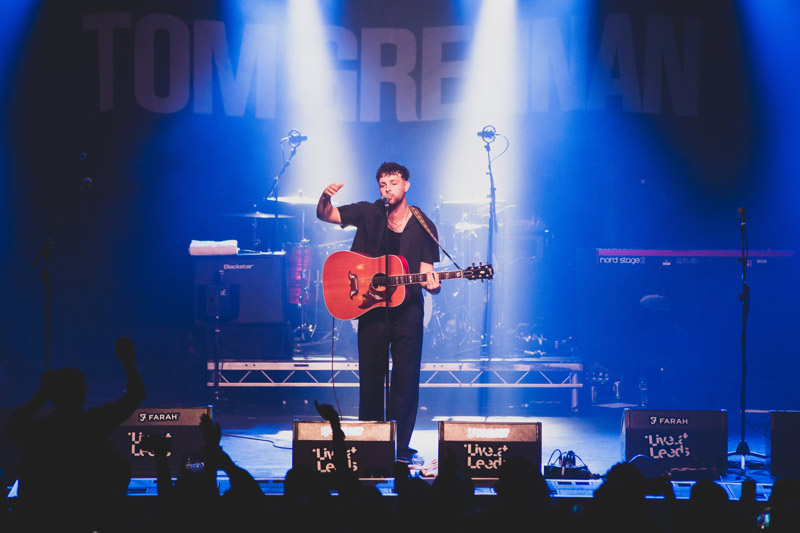 Finally it was up to the Farah Stage at the Leeds University Student Union Refectory for a high-energy set from Tom Grennan. Accompanied by a full band, he danced around the stage whilst the audience sang back every word. “Found What I’ve Been Looking For” was the standout song and Grennan reminded me of a slightly edgier Olly Murs, with his lively performance style and likeability.

After that there was still music out at The Brudenell and elsewhere but I’m afraid I chickened out. Many thanks to the venues and people of Leeds for making us all so welcome (except the one that nicked my phone and bank cards…).