'Live From Here' came to New York City for the holidays.... 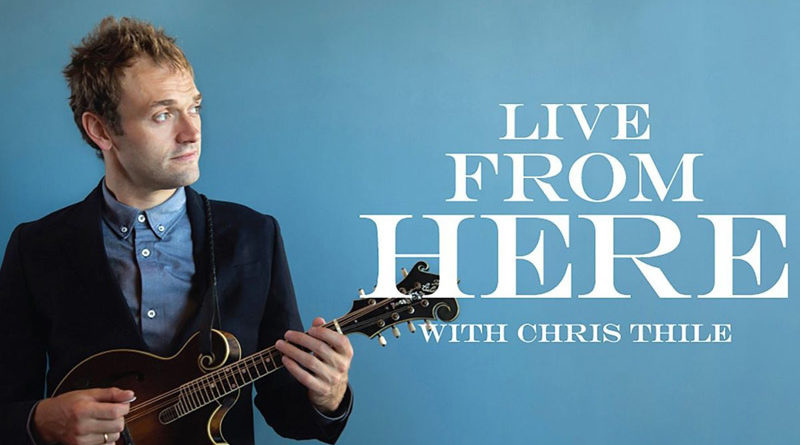 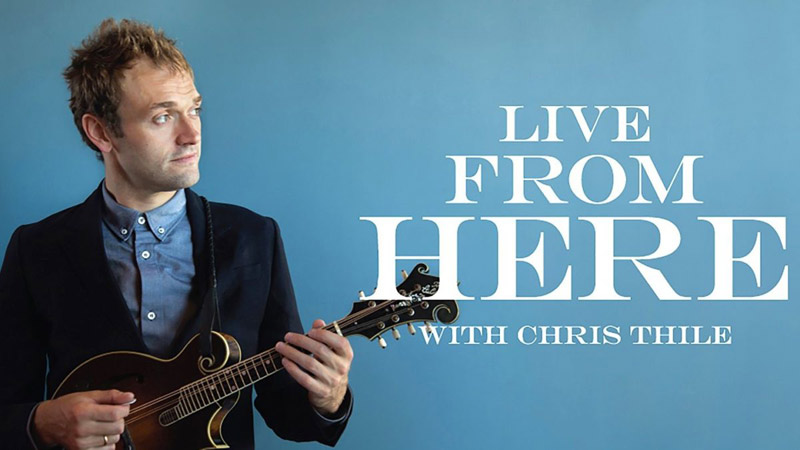 Before taping began, Thile & co. played a few songs, including with fellow Nickel Creek member Sara Watkins. But particularly special was him having the crowd test out their own pipes on “O Little Town of Bethlehem” (“Don’t worry if you’re sight-singing isn’t quite what it once was…”), which was going to be done live. Plus Thile introducing the new catch phrase he’s been trying to start, where he says, “Ahoy!”, and the crowd says “Ahoy!” back.

Thile opened the show with his take on the holiday season (and “Ahoy!”), like having to try to explain the Immaculate Conception to his three-year-old, or his very religious parents & upbringing (they wouldn’t want a pagan ritual like a Christmas tree on the sacred day, and would point out that the Bible didn’t say when Jesus was born). Of course there was also music, with a darker, slyer take on The Lord. 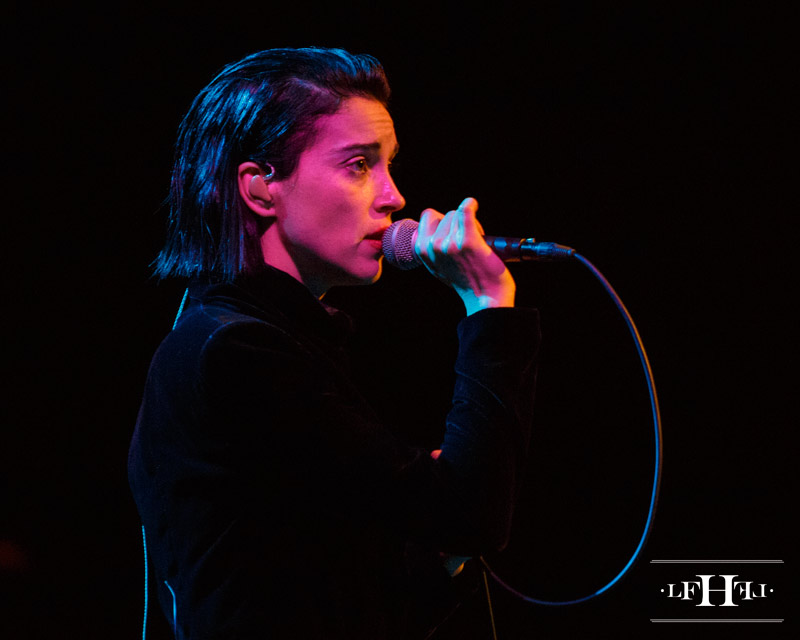 The first of two appearances by Annie Clark, a.k.a. St. Vincent, started with “Savior”, somewhat jarring considering it’s sexual material, laid out starkly with just Clark and pianist Thomas Bartlett, a.k.a. Doveman (who actually plucked the literal cords inside his piano). But the stripped down MassEducation (QRO review) versions of it and “Masseduction” fit well with the hushed crowd. Her second appearance had “Los Ageless” and, of course, “New York”, dedicated to all the places in the city that matter to you (she did a “clean” version, with “sucker” instead of “fucker”, the crowd laughing with the first substitution). Contrastingly, Jon Batiste – the bandleader on The Late Show with Stephen Colbert – has his own eight-person string section with him, for his charming and light jazz & soul piano. 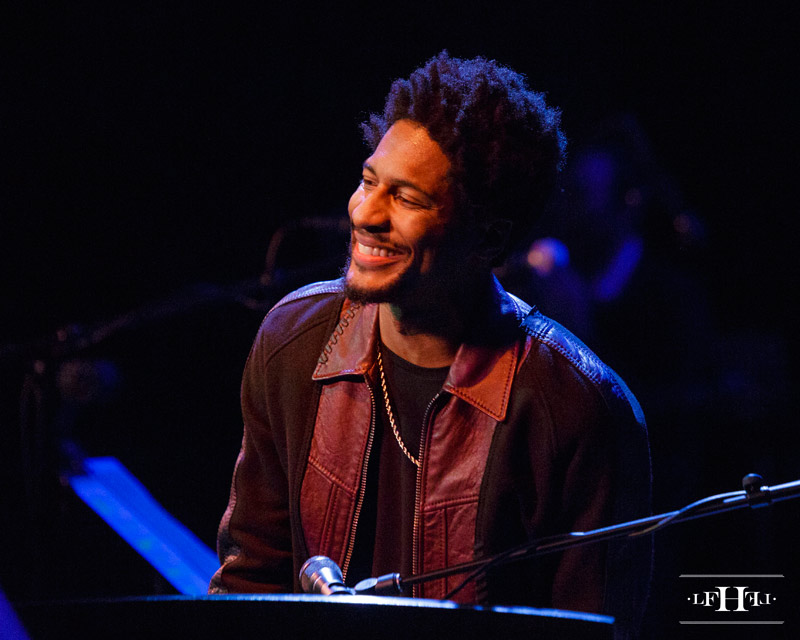 Thile celebrated the birthdays of musicians in the week, focusing on female percussionists Sheila E. and Meg White (yes, they did a White Stripes song, “Fell In Love With a Girl”), but also Dionne Warwick (“What the World Needs Now”), jazz pianist McCoy Tyner (bringing out Jon Batiste for “Fly With the Wind”), and Phillip Brooks – who wrote the lyrics for “O Little Town of Bethlehem”, as Thile informed the crowd, before getting them to rise and sing the classic.

There was also the ‘Live From Here Radio Players’, bringing some comedy to the evening. Jokes included a child getting ‘Hanukah’ in a spelling bee, a “snowperson” being judged un-P.C. (“Lumps of coal for eyes, really?…”), a Finnish ad Google translated into English, and the ‘Man-a-phone’, which makes a woman’s voice sound male to get noticed at work. Tom Papa called in from out in America – Austin, specifically. The jokes about the self-described “weird” big college town were a little familiar, but still funny. But live, it was a little off to just listen to him phoning in (obviously wouldn’t be any different when listened to on the radio). Better was Creative Director Joey Ryan, who pointed out that Thile’s idea of including Hanukah songs was unnecessary, not just because that holiday was over, but because many of the great Christmas songs were written by Jews, then doing funny ‘original lyrics’ to said classics, about kvetching and mohels. 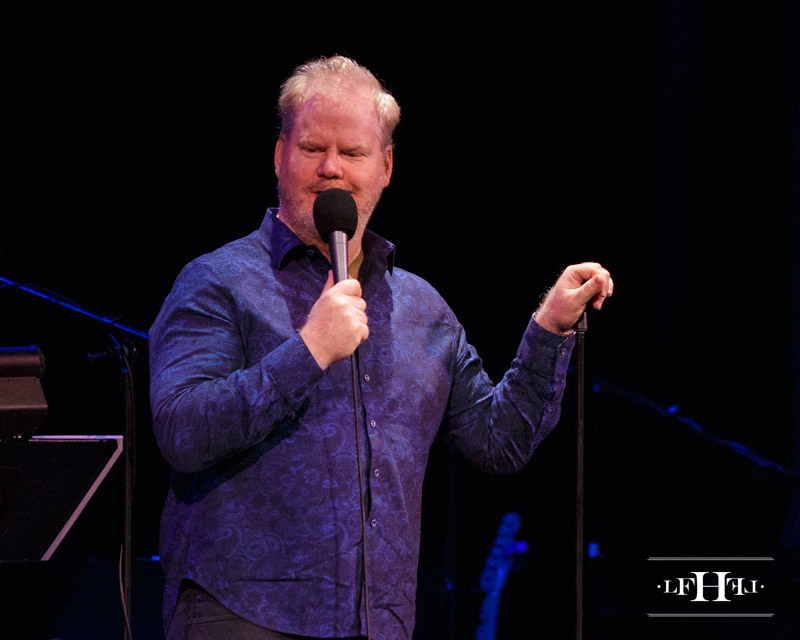 But the special comedic surprise was big-name stand-up Jim Gaffigan. He had some great material about how Christmas is just “one guy’s birthday,” how Jesus might have acted on his birthday, how all other birthdays (including his own children’s) pale in comparison, adult birthdays vs. kid birthdays, and going to a surprise birthday for a dog (“I went – I needed the material…”).

Being Live From Here, there were many fiddle and/or mandolin tunes, including songs by Watkins and Punch Brothers, as many of Thile’s band were on stage. There were a few ads read out, particularly at the beginning, such as for Sierra Nevada Brewing and Carbonite Data (after reading the latter, Thile mouthed to the crowd, “What is that?”). Thile had two “botched transitions” – “It’s a good thing this isn’t being broadcast live…” – where he flipped through pages, trying to find his place, but was easily charming enough to make it funny.

For those who only know him from his music, Chris Thile was impressive in his engagement and humor, a necessary ability in this format. Indeed, it was a bit disappointing that he didn’t much interact on stage with his guests, each of who have their own charms live. The closest came in the post-show performance of Punch Brothers’ “My Oh My”, which Thile & Batiste had reworked when Thile was on “Jon’s show – perhaps you’ve heard of it…”

Yes, it was an older and very white crowd, but at least had gender equality. What was most notable was that they kept hush for the taping, particularly the stripped and quiet songs, whether just Thile & Watkins or Clark & Bartlett. Indeed, it seemed like almost no one took a photo during the entire live show [a streak only broken near the end by the person sitting next to your correspondent…].

Live From Here returns for one more Saturday on December 22nd for its holiday special. And, of course, all you out there in radio land can listen to any episode online.